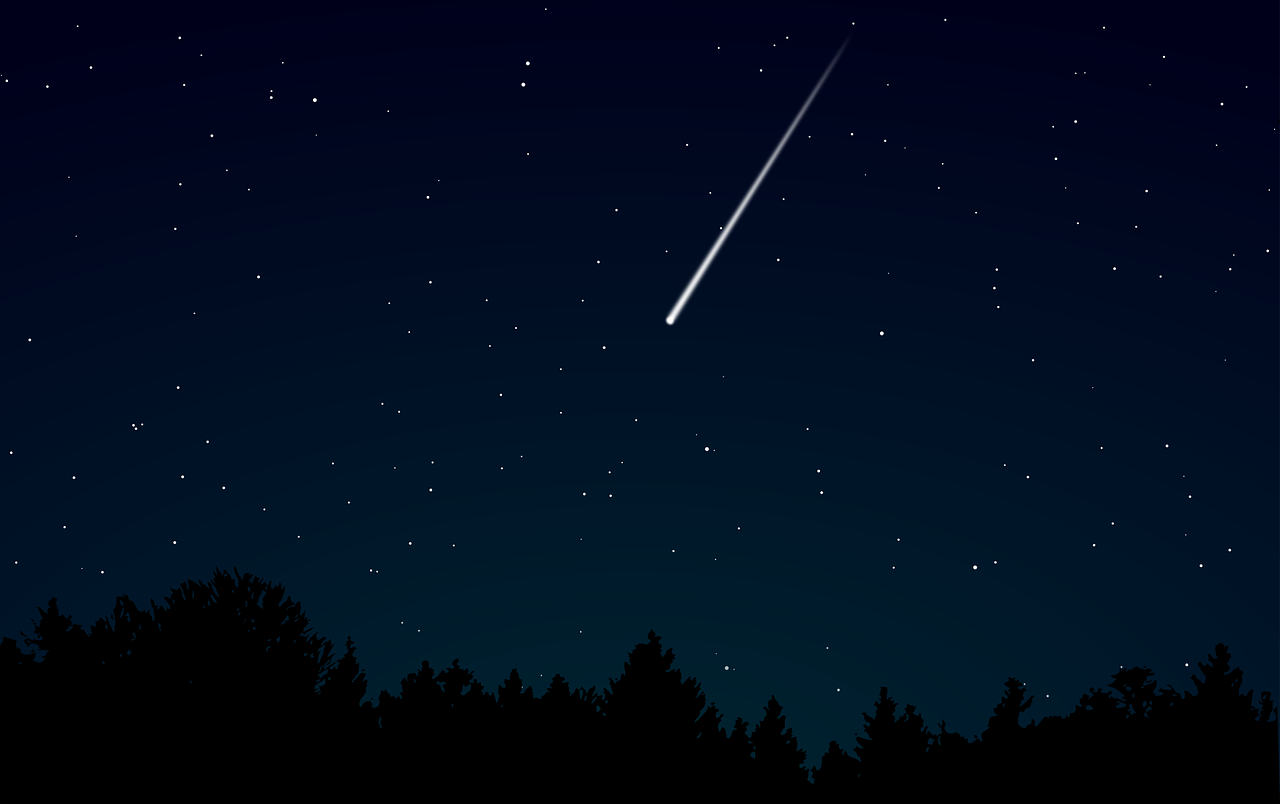 Ever since humans learned to observe and name the night sky, the sight of a fiery point rushing across the zodiac constellations and disappearing as suddenly as it appeared was excited and delighted. The so-called “shooting star” is, of course, a piece of matter that is burned in the atmosphere of our planet, but our ancestors could not have known about it, that is why this phenomenon attracted a lot of attention.

We are currently dealing with a spectacular rain of “shooting stars”. As every summer, the Earth enters the remnants of a comet, the remnants of which burn up in the Earth’s atmosphere and give the miraculous effect of a sky dotted with meteors.

The solar system is full of various objects, and this space is also filled with those slightly smaller than planets or moons – such as meteoroids. Meteoroids are rock objects less than 10 meters long, but very often they are really small objects, measured in tenths of a millimeter. We qualify even smaller ones as space dust. Meteoroids are created by detaching from asteroids and asteroids, for example as a result of collisions or the breakdown of a comet passing close to the Sun.

Meteoroids revolve around the Sun in fixed orbits, when their orbit crosses the Earth’s orbit, we can admire the unusual phenomenon of meteor flux. The speed with which they reach our planet ranges from 10 to 70 km/s. Most of them, however, are too small to survive in the atmosphere and burn at altitudes of 80 to 120 km. The Perseids come from the collapse of Comet Swift-Tuffl.

An observer on Earth has the impression that meteors come from one point, the so-called radant. Meteor streams are named after the constellation in which the radiant is located. The Perseids of interest to us originate in the constellation of Perseus.

Meteor showers are best observed without the use of optical instruments, the field of view of which is too small. Observing shooting stars or meteors does not require any special equipment. However, keep in mind that they are best seen in darkened locations. We have to be far from the source of light, so you can simply go outside the city or on forest glades on hills. To improve visibility, however, you can equip yourself with ordinary binoculars or a telescope (of modest size) – this will allow you to look at the phenomenon of shooting stars even more closely. It is important to allow your eyes to see as much of the sky as possible. However, you have to be vigilant and patient, because it is not difficult to miss a shooting star.

Shooting stars – where do the Perseids come from

In a situation where such an object is on a collision course with the Earth, i.e. it will simply fly towards our planet, it must enter the atmosphere. As it flies through its successive layers (troposphere, tropopause, stratosphere), it burns, which results from the friction of a rapidly moving object against the atmosphere, which thickens with decreasing distance to the planet’s surface.

As a result, the object slows down and its surface is heated to high temperatures (even up to 2000 degrees Celsius). So as you can see, shooting stars do not have much in common with the actual stars we see in the sky almost every night – the flare-up while burning affects completely different objects. The flare itself, or the glowing trace, is called a meteor – it is left behind by a falling meteoroid. Often, meteors are called shooting stars.

“Shooting Star” – a superstition about departure or birth

For centuries, the appearance of a fiery sparkle in the sky has aroused admiration, anxiety and amazement among people staring at the stars. In many cultures of the world there is a belief that the “shooting star” heralds someone’s death. According to this belief system, every person has a star in the sky for himself, and ending his existence, he takes with him a point assigned in the sky. In Central Asia, however, it is believed that a shooting star is nothing more than a lost soul that cannot find itself after death and it is better not to get excited about it. In most communities, however, meteor was treated as a good omen.

In ancient Rome and Greece, they were credited with the power of announcing that an extraordinary child was born, endowed with numerous gifts from the gods. It has also sometimes been claimed that this new demigod or hero is headed for the human world. In early Christianity, there was a belief that a shooting star was a human soul that was cleansed of sins. Later there was talk of a Guardian Angel who, sitting on the tail of the phenomenon, thus gives a good sign to the person who sees him.

In the early centuries of Christianity, it was believed that a shooting star represented a human soul just leaving purgatory and salvation, so the wish that was made at that moment had a great chance to be taken straight to the gates of paradise, and there, through the intercession of the newly arrived lucky one, would be quickly filled.

According to the modern approach of modern astrology, we know that each celestial body that interacts with the earth affects the totality of subtle energy relationships. Currently, the orbits of various asteroids, asteroids and dwarf planets that lie far behind Pluto are included in the horoscopes.

Therefore, if we intentionally make a wish, during the meeting of the Earth’s atmosphere with small elements of another object, there is a high probability that the energy of this dream will be strengthened, and therefore it will come true faster. And if you prefer physics, convince yourself that the amount of energy that is released when burning a piece of stellar matter is really huge and can potentially be used for your own purposes. Even if we do not believe in the miraculous night of meteors rushing through the August sky, it is worth at least to watch them and admire this unusual phenomenon.