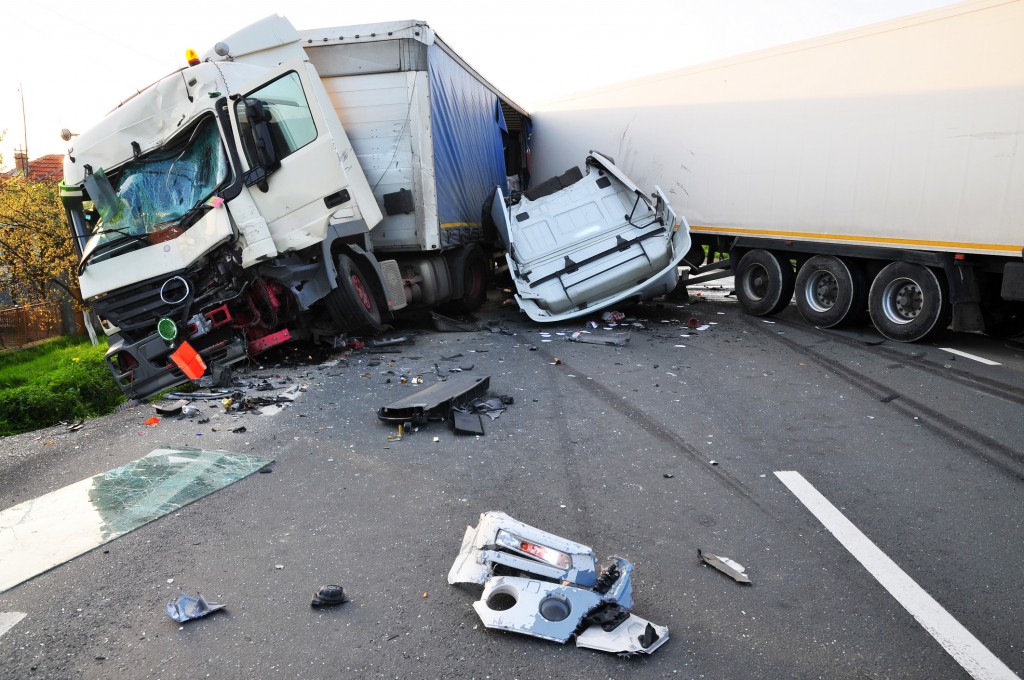 The Interstate 35 in Salado, Texas on 2nd April woke up to a catastrophe. Little did Clark Davis know that his life would end this way. An oversize 18 wheeler had slammed into the highway bridge out of nowhere collapsing the support beams which landed on the pick-up truck Clark was driving. His last thought was his 7-year old little girl.

Three other people were injured in the crash and were rushed to a nearby hospital. The Texas Department of Motor Vehicles has reported that this 18-wheeler rig was carrying an oversized load without possessing the necessary permit. According to Fatality Analysis Reporting System (FARS), a database maintained by the National Highway Transportation Safety Administration (NHTSA) of USA, 81% of the fatal crashes involving large rigs have been multiple-vehicle crashes, compared to a 58% for fatal crashes that involved passenger vehicles.

Trucks have always been the kings of the road and when it comes to highways, things get a little crazy sometimes. There can be a number of reasons responsible for big rig accidents in highways. Let us look at a few.

The maximum number of truck mishaps occur due to speeding. Large trucks cannot stop instantly like smaller vehicles. And speeding down the highway adds to the blow. According to statistics, 27% of all big rig drivers who were involved in fatal road accidents have had at least one speeding condition in the past.

Almost all truck tires can sustain a speed limit of 75 mph. However, the speed limit rises to 85 mph in some parts of Texas. Driving faster than the tire’s rated speed limit generates excessive speed which damages the rubber, resulting in catastrophic blowouts.

This comes right next to speeding as a significant cause of highway accidents for truck drivers. It includes anything from distraction, misjudgment, talking on phone, poor awareness of roads and so on. Many such incidents have taken lives in the past. The one that stuck with me is the September, 2014 incident when a driver apparently distracted by something in the cabin, collided with a bus carrying a softball team killing four women and injuring many.

In addition to this, driving while intoxicated, texting or talking on mobile phones while driving, driving on too little sleep or medication can lead to disastrous results. A few other negligent actions include;

A little negligence can cause a lot of damage.

When on a smooth drive over a highway while abiding by all rules and regulations, the worst mishap that can strike is the mechanical breakdown of your rig. However, you should know that this is completely avoidable. Most mechanical failures in rigs occur due to

While speeding down a highway, the driver’s ability might be affected by a shift in the load in the trailer behind the rig. This is generally caused when the load is improperly secured or the trailers carry oversized load. If the cargo is not loaded properly, the the truck’s brakes, steering and suspension system may not operate properly leading to major accidents. Sometimes overloaded cargo might come loose and fall out of a flatbed truck while transport. This not only leaves obstacles on the road, but might also cost lives by striking another vehicle. Therefore, it is important to load the trailer according to the cargo limit and position it proper to avoid any such disaster.

Highways get affected by snow, rain, wind and the likes and they become prone to big rig accidents. What happens is, drivers tend to lose control of the huge vehicles owing to the length, weight, height and the load distribution of the truck. Therefore, it is imperative for the drivers to know how to handle such road and weather conditions.

However, if you have been a victim of any truck accident, it is important to seek a good lawyer to advise you through the process of taking necessary actions accordingly. Remember an improper action with a big rig can cost lives.