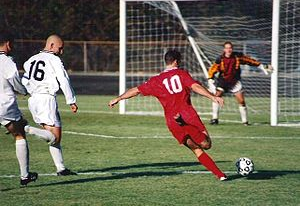 Years that fall on an even number are always of particular interest to sports fans as they alternate between the Summer Olympics and the World Cup - the two biggest sporting events in the world in terms of audience and media coverage. In 2016 it's the turn of the Olympics to take center stage, with the FIFA World Cup taking place in Russia on the next even-numbered year, 2018.

This year the Olympics are being held in Rio de Janeiro, Brazil, between August 5 and August 21. Coincidentally, Brazil also hosted the last World Cup. Despite pre-tournament fears around issues such as crime levels and transport infrastructure, the event was a huge success. Most commentators are therefore predicting a similarly successful Olympics with a big carnival feel.

The Paralympics came to a higher level of prominence in London last time out and for many fans the 2016 Summer Paralympics, also being in Rio, from September 7 to September 18, are just as exciting. The second Invictus Games will also be taking place this year. The Paralympic-style multi-sport event showcases the sporting prowess of wounded, sick and disabled Armed Forces veterans. This year it will be taking place at the ESPN Wide World Of Sports at Walt Disney World in Florida.

Using top British betting sites allows you to get more involved in all the events of this year's sporting calendar. Studying form, odds and other relevant info can even give you more of an insight into the sports you're betting on, whether you're the sporty type yourself, an armchair aficionado or just have a casual interest.

The horse racing calendar has always had strong links to betting and with 1,482 2016 fixtures in Britain alone, there are more than enough races to get your teeth stuck into. These include world-famous events like the Grand National, held on April 9 at Aintree, Liverpool and the 2,000 Guinea Stakes one-mile flat race meeting at Newmarket on May 4 and May 5. Outside the UK the Dubai World Cup, taking place on March 26 this year at Meydan Racecourse, is the world's richest race, with a purse worth $30 million in prize money.

Racing isn't the only sport you can bet on in fact. In football terms the World Cup might not be happening for another two years but Euro 2016 will be uppermost in the thoughts of a lot of sports fans worldwide. This year it's hosted by France and will take place from June 10 to July 10. With a number of hot new talents having risen to prominence during the most captivating domestic Barclays Premier League season for years, it might even be worth having a flutter on England.

You'll also have options whatever sports you follow. Golf fans can look forward to the US Open in Pennsylvania between June 16 and June 19 while world tennis' biggest event returns to Wimbledon between June 27 and July 10. All in all, it looks like being yet another unforgettable year for sports fans around the world.