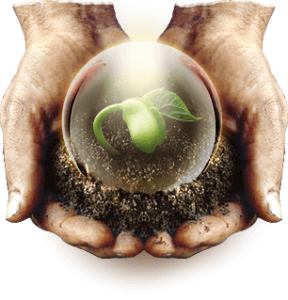 The Threat of Counterfeit Components

We are all well aware of the catastrophic effects illegal recycling of electronic waste (commonly called as e-waste) has on our environment and health of people. What's come as a surprise and shock to people is that the counterfeit electronic components produced through illegal recycling have also found their way into the U.S. defense system.

How Are Counterfeit Electronic Parts Produced?

The e-waste that responsible consumers send for recycling-if not recycled by a certified e-recycling company - can instead be shipped to developing or third world countries. Here, cheap labor is employed to separate any valuable metals like gold, silver and platinum.

The counterfeit manufacturers remove any identifying information from the salvageable parts, re-coating them with new information to make them look new.

The result of this counterfeit production is that consumers who purchase new electronic items like televisions, computers, etc. may not be getting genuinely new products. Businesses and large companies which buy high-end systems and servers for optimum results may find that they are not getting the expected output. Furthermore, the toxins released by disposal of unsalvageable parts end up damaging the environment irrevocably.

Investigations performed by the U.S. Senate Armed Services Committee revealed that in a time frame of just two years - between 2009 and 2010-more than one million counterfeit electronic components were discovered in critical defense systems. It's no wonder that the defense industry is concerned and is taking active measures to curb the use of the counterfeit electronic parts.

Huge investment is made for the purchase of defense equipment. To think that such equipment which is critical for the safety of a nation could malfunction because of the use of a counterfeit component is unnerving.

It therefore becomes imperative to identify and close down counterfeit manufacturers. Every action possible must be taken to ensure that counterfeit components don't enter the U.S.

The increased awareness of the dangers of illegal recycling and the havoc it wreaks on environment and wellbeing of people has led to tighter regulation of the recycling process. When choosing an e-waste recycler to send their electronics for recycling, consumers should make sure that they chose a recycler who possesses the required certification. This simple step ensures that recycling is done in the correct way and counterfeit parts don't enter the market.

The payoff obtained by employing correct procedures to recycle e-waste is tremendous. The first and foremost benefit is that earth can have a cleaner and safer environment, which translates to good health of all living beings inhabiting planet earth. The immediate benefit is that the new electronic items have a great performance because they're not made from counterfeit components. The longevity of electronic items also increases. The defense and navy will have reliable and secure equipment, thus enabling them to carry on their operations without untoward interruptions.

Thus, it becomes crucial for the government to improve the standards of e-waste recycling and promote safe, healthy recycling.

willierobinson is author at LeraBlog. The author's views are entirely their own and may not reflect the views and opinions of LeraBlog staff.