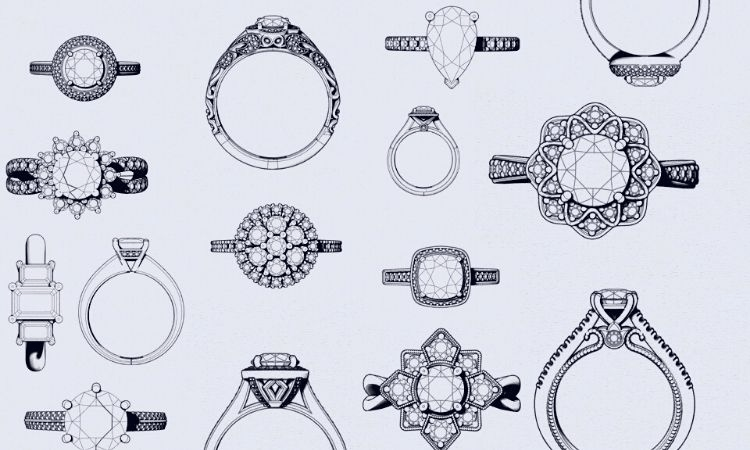 Let’s start by getting the basics out of the way. Sapphire rings have a sapphire stone or stones, as the main gemstone. As opposed to a diamond or other precious, or semi-precious stone variety. It is important to note that sapphires need not necessarily be a replacement for other, more popular choice of gemstones. Sapphire engagement rings often are accompanied by accent stones, which could be diamonds, that supplement the effects of the main stone. Sapphires as precious stones are among the top four gemstone varieties. Whilst this gemstone type, notably the famous blue sapphire, has played second fiddle to diamonds in the engagement ring market, the popularity of sapphires have been in growing owing to a number of factors. In this post, we outline some key factors that make sapphire gemstones a great choice for engagement rings.

Sapphires are a crystalline form of the mineral conundrum. Known as the gemstone for the month of September and recognized for its prominent blue colour, this aluminium oxide crystal has been considered a mineral of value for thousands of years. From the ancient Greeks to even parts of Egypt, the lustrous sapphire has been recognized for its special value. Its use among the royals, who saw it as a mark of wealth and status; to the belief in its healing powers. Sapphires, as noted, are often associated with the colour blue. However, these precious stones can be found in a number of colours: From pink, yellow, orange, to the increasingly popular white sapphire varieties. Sapphires are one of the hardest minerals around. With a score of 9 on the Mohs scale for hardness, and in addition to its use in jewellery, is also used in a wide range of industrial applications. The key feature of the sapphire stone is its natural beauty. Which is why natural sapphires are preferred to the synthetic alternatives. Whilst the colour and tone of the sapphire will vary with the gemstone in question. However when one gets hold of a vivid, quality sapphire stone: that come with fewer inclusions, then you are in possession of something special.

Variety of Sapphires to Choose

As noted, sapphires come in a variety of colours and countless shades. The most notable blue sapphire alone has many variants and subcategories: From the famous Royal blue sapphire to the immensely vivid Cornflower Sapphire. The latter being, arguably the most sought after sapphire type in the world. 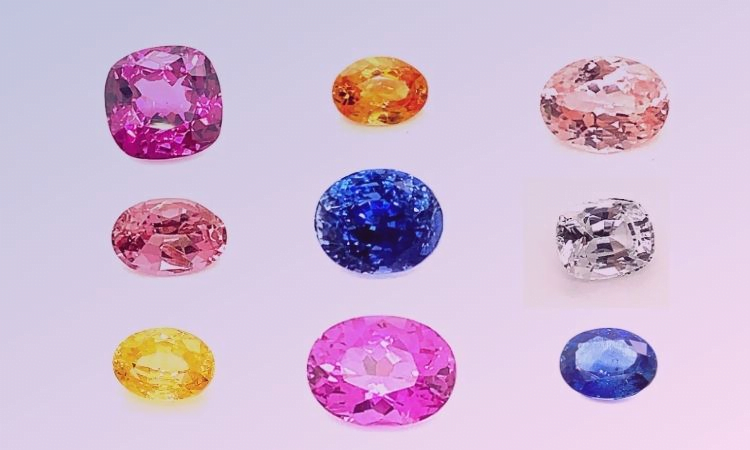 Natural Ceylon Sapphire gemstones are available in many vibrant colours

In addition to the famous blue, the pink sapphire is a stone that is gaining popularity today. In line with a growing demand for rose gold jewellery, and rose gold coloured items generally, the pink sapphire with its attractive tones, is seen as a great match for those who seek the glitter and also a bit femininity in their choice of gemstone. At a time when there is a growing demand for coloured diamonds, notably pink diamonds, this variety of sapphires can be seen as a worthy competitor.

A gemstone of purity and brightness, white sapphires are a great choice for those who are seeking a colourless precious stone which is not diamonds. Whilst diamond continues to dominate the market for colourless gemstones, the range of good diamonds (in the D-G range) are difficult to find for a competitive price. Since diamonds as precious stones are colour graded-along with other factors (i.e. the 4Cs of Diamonds), getting your hands on a top of the line diamond for the right price is challenging. Here the white sapphire is a great alternative. With its colour, great reflective qualities and brightness.

A bit of an uncanny choice of colour. However, this is one of the areas where sapphires have to command their appeal. As a gemstone that comes in a number of colours, yellow sapphire is a popular choice from the standpoint variety. For those who wish to showcase something out of the ordinary. As there aren’t many good diamond options that come in this shade, yellow sapphires are a great option in sapphire engagement rings for those who seek it. And for those who wish to combine it with two or more gemstones, possibly even a diamond. Which is another advantage with sapphires: the range of options for colour combinations for your engagement ring are almost limitless.

Ceylon Sapphires: A Country of Origin to Consider

Ceylon (now Sri Lanka) is one of the major destinations for sapphires. With a long history in the gem trade, that goes back over a thousand years. It is a country that is known for its scenic beaches, ancient heritage sites, tourism, cricket etc. One of the main attractions of the island nation is that it is the home to some of the top gemstones in the world, and arguably the best sapphires. Whilst sapphires are found in many countries: from Burma, Thailand, parts of Africa, and in recent times in Australia and America. However, Ceylon sapphires with a long tradition in this trade, with its expansive alluvial deposits: from which these precious stones are taken, and a culture that is dedicated towards ethical sapphire mining and jewellery making, makes its stones a great choice. In the range of Ceylon sapphires, two varieties stand out. They are:

Cornflower blue is based on the flower that blooms with the colour blue. One of few flowers in nature that is formed in the colour blue. An immensely vivid colour, one that is rarely matched by other blue sapphires. And Ceylon is one of the top destinations for this special variety of sapphires. When one speaks of a special coloured stone that communicates value, beauty and richness, the Cornflower blue sapphire is almost unbeatable.

A special variety of sapphires that is named after the unique colour of a lotus flower that blooms in the island nation. This category of sapphires, in addition to being a very rare variety of sapphires, they are also some of the rarest gemstones in the world. The Padparadscha sapphires come in a rare pink-to-orange tone, that varies from the region of origin. However, it is a Ceylon version of Padparadscha sapphires that stands out. With a unique colour tone that stands apart from pink and orange sapphires, and can even be considered as an alternative for the immensely rare pink diamonds. 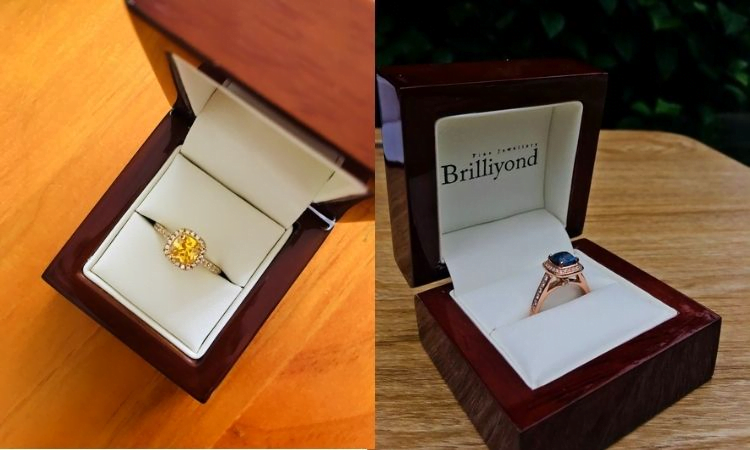 In addition to having a great glitter, as dichroic stones, sapphire exhibit two different colours. Which is a good choice for those who wish to communicate a dual colour gamut. For those who think that sapphire is a lesser second choice to diamond engagement rings, then look no further than the world of royalty. Sapphires over the years have been featured choice among the nobility of the world. From Princess Diana’s engagement ring, that which was passed onto her future daughter-in-law to be.

Further, sapphire engagement rings are now considered a valuable alternative from an ethical standpoint. For unlike diamonds (natural), sapphires don’t carry the stigma of conflict minerals (such as blood diamonds) with them. As many of these stones (e.g. the Ceylon Sapphires notably) are sourced under great government regulation and environmental protection standards. Hence they are a great choice for those seeking an ethical choice of stone for their engagement rings.