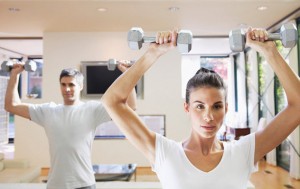 With the amount of trends that arrive each year, keeping up with the demands of the current trends can be nearly impossible. There are so many different styles that are introduced each year and there are some that can often stick around a little longer than other, and then there are others that are timeless. It is difficult to research so many different fashion topics, especially when there are thousands of thousands of different styles to comprehend with. However, there are trends that continue to thrive, allowing designer brands to build their seasonal fashion walks around it.

Sports luxe is a marriage of casual and luxury, bringing together two styles that offer a complete contrast to one another. It can be hard to imagine such a trend working, as casual wear offers a completely different outtake on the fashion world, where as luxury is so commonly associated at the opposite end of the spectrum. The core components of the style include sweatpants as the foundation, which is then seamlessly balanced with a sports jacket, or a blazer.

With the sports luxe trend continuing to surge in popularity, designers have taken the brand on board, tailoring their fabrics and styles around the trend. It can be difficult to imagine, as joggers, or sweatpants are commonly associated with the likes of men tracksuits, but now they have a completely new, redesigned concept to them. Not only does it have a redesigned concept, but it also offers a tailored and technical fabric, making them seem as though they are more trouser based, rather than casual, or traditional joggers.

In order to master such a style, it won’t be easy as you will need to find the correct balance between both luxury and casual items. Each and everyone’s style will be catered to each individual, but the core components will always remain the same. It requires a true degree of adventure, allowing people to find the true balance of comfort, style and formality, which in turns gives you something different, as well as some flair.

As well as the joggers, there is another signature standout piece, which would be the sports blazer. The sports jackets, or blazers will always be trending, but designers have taken the sports jacket and tailored them accordingly. With a more tailored offering, a bold, striking appearance, there have been specific blazers created for such a trend. Again, it may seem ridiculous of paper, but the trend has continued to go from strength to strength, producing a bold and breath-taking style. The emphasis is slowly being placed onto comfort with this trend, but it has offered a new, versatile option for smart clothing, allowing people to feel different and appealing.

It may have initially started as something that was predominantly catered towards gym culture and everyday clothing. The real beauty of the trend comes from the previous associations, as it offers a statement style, a fashion-forward and something that is fearless. There will always be some that worry that such a trend will make them seem ridiculous, or a step which is in the wrong direction, in terms of fashion, but shouldn’t there always be a different alternative to timeless trends? Shouldn’t we be able to add something different into our wardrobe and be adventurous in a day and age where there are different styles and items being released by the minute?

It is easy to believe that it is difficult to grasp such complete contrast of clothing. If you are looking for smart casual style, giving you alternative the traditional smart clothing. It may have received a host of criticism when it was initially released, but since then it has gone from strength to strength, offering one of the most versatile trends ever. Take the step and be fearless, as the sports luxe will give you an option unmatched by other timeless trends. Take the leap and you will find out that the sports luxe style will suit you.