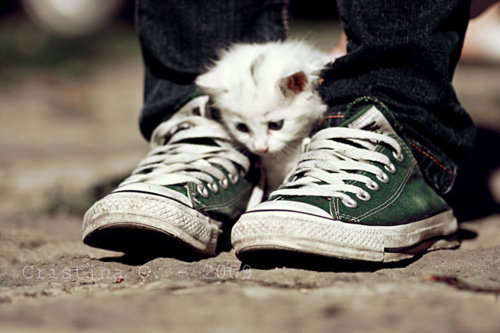 One of the popular shoe brands in the market today, and also the favorite of many teenagers and young ones, is Converse. Converse is perhaps the oldest, most sought-after, and best-selling shoe brands of all time with a total of $1.1 billion annual revenue as of 2011. It has been disclosed that more than 50% of America's population own at least a pair of Chuck Taylor sneakers!

Converse is an American-based shoe company that has known expertise in the making of athletic apparel and lifestyle shoes. Main products of Converse focus on the production of sporting goods and other items. The multi-million dollar company was established in Malden, Massachusetts in February 1908. Converse is actually a sister of company of another popular athletic shoe maker-Nike.

Note: You might probably get confused, but the terms "Converse" and "All Stars Converse" are exactly referring to the same company.

The Beginning of Converse

The prime mover of (All Stars) Converse is Marquis Mills Converse (hence, defined the name of the company). He established a shoe company which he named Converse Rubber Shoe Company in Malden, Massachusetts in February 1908. It was actually a rubber shoe company for kids, men, and women. The business establishment was in stable production and went very well. Thirteen years later, Converse started producing athletic shoes for tennis which is a pretty popular sport at that time. In 1917, the company started out the production of trainers for basketball sports.


Converse shoes are singled out by its Star Insignia. The 5-pointed star-which is found in the ankle, outside part of the footwear-is called a Pentagram which implies connection to the elements of the Earth.

In the late 1990s, the company encountered difficulties in scaling up and went financially unstable during the mushrooming of other shoe brands in the market, which brought different levels of designs of shoes. The surge of other brands like Reebok has downturned Converse. As such, Converse was taken out as the official shoe maker of the National Basketball Association and has declared bankruptcy on January 22, 2001.

Dubbed as one of the pioneering fashion and sports shoes, Converse has been followed by some of the most famous celebrities, basketball players, sports icons, rock stars and other emblematic figures in the society. Some of the company's celebrity endorsers are Maurice Evans, Avril Lavigne, Jessica Alba, Willow Smith, Kristen Stewart, and Dwyane Wade.

Converse is Gaining Back

Three months after the declaration of the company's insolvency, the acquisition of the company's rights by Marsdsen Cason and Bill Simon has led to the comeback of the shoe brand. From 16th largest footwear company, Converse has climbed to number 7 spot in only about 3 years' time!

The Chuck shoes of Converse have very brief, hilarious history. After the brand was introduced in the basketball arena, a basketball player named Chuck Taylor walked into Converse grumbling about his sore feet. The company gave Chuck a job instead and was selected as a sales representative of the company and, at the same time, a major promoter of Chuck shoes in the United States.

Chuck Taylor footwear has been a headliner and superior shoes in the market. The notability of the brand has made "Chucks" or "Chuck Taylors", a footwear brand of the common people. Historically, Chucks only came in white and black colors. The release of its colorful variant was only mediated until 1966 under the pressure of basketball players who wanted to expand the features of the shoes. Besides from the release of different colors, Converse shoes are also made available in different materials and versions. From rubber soles, the company began manufacturing footwear that is made from leather, vinyl, suede or even hemps. In addition to that, Chuck Taylors are not only up for grabs in high-cuts, but low-cuts and knee-high versions as well.

After the successful release and comeback of Chuck Taylor shoes, Converse has let off another style of Converse footwear-the Weapon. Released in 1986, Weapon is a basketball footwear by Converse that is normally two-colored themed. So, what makes Weapons different from Chucks? The Weapon is basically two-themed usually a combination of white and black colors; though, yellow and white combinations are also found in the market. Likewise, the Weapon footwear is heavily constructed with leather. The shoes are stuffed with thick pads making them more comfortable and better choice in sports activities.

Despite the setback in early 2000s, Converse has been able to regain its marketing strength. The designs continue to live on with more styles and variations improved. Converse footwear is unisex in design which makes it easier to find compared to other brands. The Chuck Taylors are even becoming more fashionable and sleeker in designs. Example of this is the Converse stilettos which are limitedly distributed among countries.