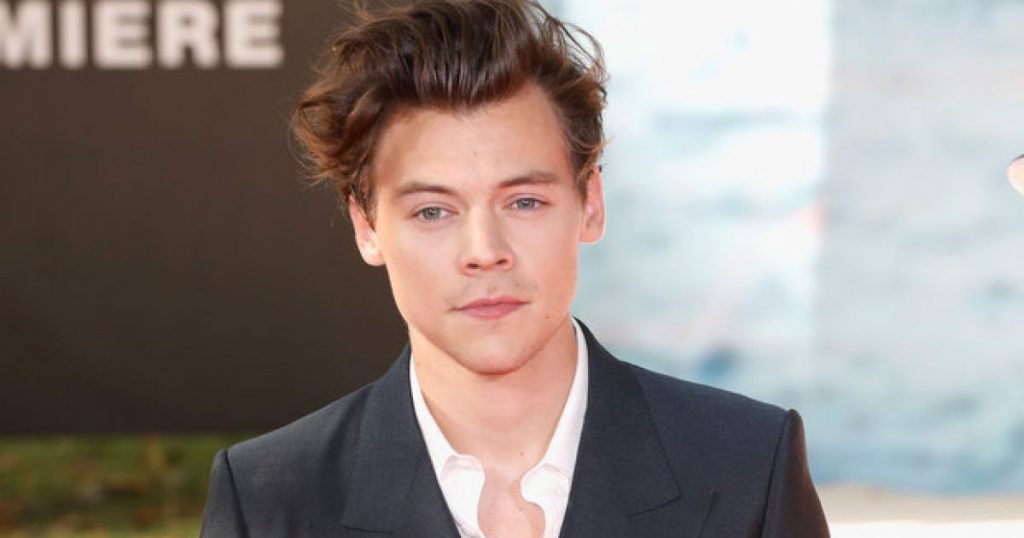 All nail art enthusiasts might be drawn to this news! And it’s true! Harry Styles has been defying gender stereotypes with his looks. The singer just debuted mismatch blue nail polish, a nightmare for manicurists, on the red carpet! If next time someone says that you’re wearing different shades of blue as nail polish, you know what to say, “Hun, that’s style… Harry Styles!”

Harry Styles delighted his fans as he stepped onto the “pink” carpet of the Met Gala 2019 at Museum of Art in New York. For Styles, Camp: Notes on Fashion is no game! He took that seriously and walked with a semi-sheer black lace ensemble, one dangling pearl earring and black heels! He arrived alongside Gucci designer, Alessandro Michele. This year, Harry Styles is part of the committee, alongside Lady Gaga, Serena Williams and Anna Wintour.

They all arrived, decked out in their regalia, ready to party in private. Yes, in private since no press is allowed inside the Met Gala event, after the red carpet. Gaga and Billy Porter literally shut down the show with their own interpretation of the theme, but no one could anticipate what Harry Styles was up to. Many thought he would show up with crowns and all. But he left no disappointments… only amazements!

Harry Styles’ nipple-revealing Gucci blouse was not the only thing to attract the flashing camera lights. His hands were ornate with metallic rings and more importantly, his nails! He brandished dark raven manicures and pops of teal in some fingers! What on earth it that, you might say… But that’s how he became the Camp icon.

To be clear, that’s not the first time Harry is wearing nail polish. He has been doing so for a very, very long time! This is the type of gender defying beauty contents we’re looking for in the world! Aged 25 at the time of the event, he is now a rising breaker of gender stereotypes. Fans praised the singer for his red carpet look and he was a hot favourite on tweeter. They simply loved his ways to break gender norms and push boundaries with his beauty choices. The boy is not afraid of a femme look, for sure!

His nails were designed by Jenny Nails, who opted for black and turquoise tones to complement the whole look. Harry Styles said in the past that he never felt the need to define his sexual orientation. He prefers letting prejudice make their assumptions since none of them will actually be true. His look also consisted of a pearl earring. One single pearl earring. But there is surely some piercing truth behind that as well! 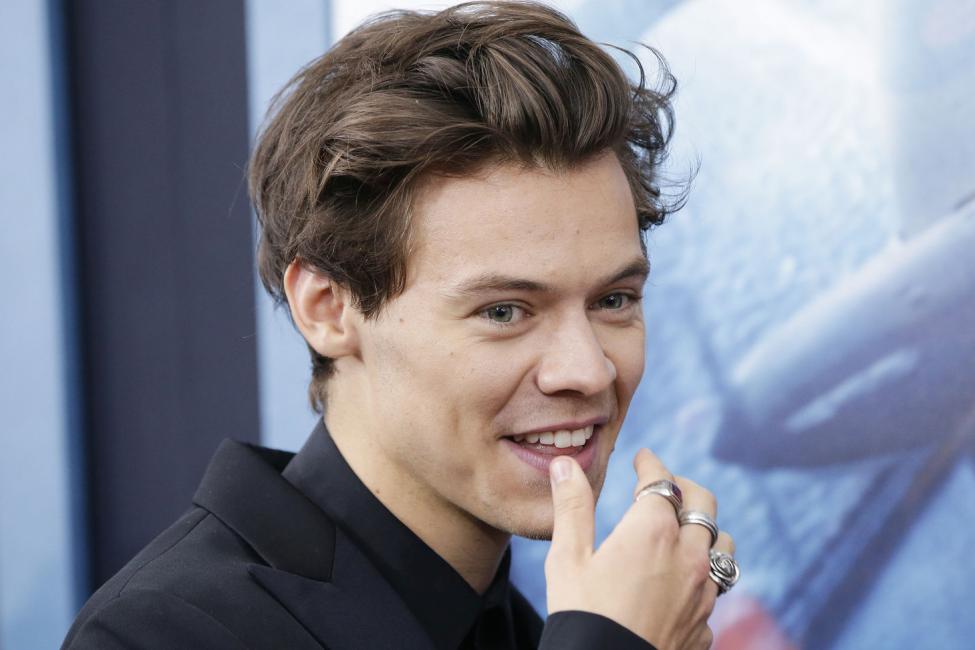 How did he get this piercing anyway? Turns out, Styles is the one behind the piercing. Eva Chen, the head of fashion partnerships of Instagram was the one to break the news.

“Harry Styles told me and my co-worker, Charles, that he pierced his ear. Literally, the day before the Met Gala! I don’t know if I believe him. But he said he pierced it himself, using a needle. I don’t know if that’s true but that’s pretty memorable”

What’s more? Harry Styles’ long-time stylist (Yes, Styles got a stylist) spoke with British Vogue saying that the earring was the cherry on the top of his Met Gala look… “It was definitely a last-minute addition,” said Harry Lambert.

Lambert also explained that they saw the gorgeous pearl earrings on the Gucci website only four days before the Met Gala event. And the rest? That’s history. “Harry and I have previously discussed about getting his ears pierced. That was the perfect time! I texted him, let’s do it!”

Who knew that he was going to do it himself! We just hope that he used a clean needle!

Met Gala is surely a spot for paparazzi to treat their guilty pleasure! There’s nothing wrong in being a fan of the world of glamour. After all, it is so interesting… to such an extent that music, films and games are inspired form it! How about checking some celebrity-themed slot games? Play online slots at Regal Wins Casino, there’s a collection of slots featuring a range of bonus rounds. It is open to all level of players. In case you want to give it a go, feel free to do so! A welcome bonus awaits on first deposit!

We wonder… what great styles and icons will show up at Met Gala 2020! It will surely be a sight not to miss!