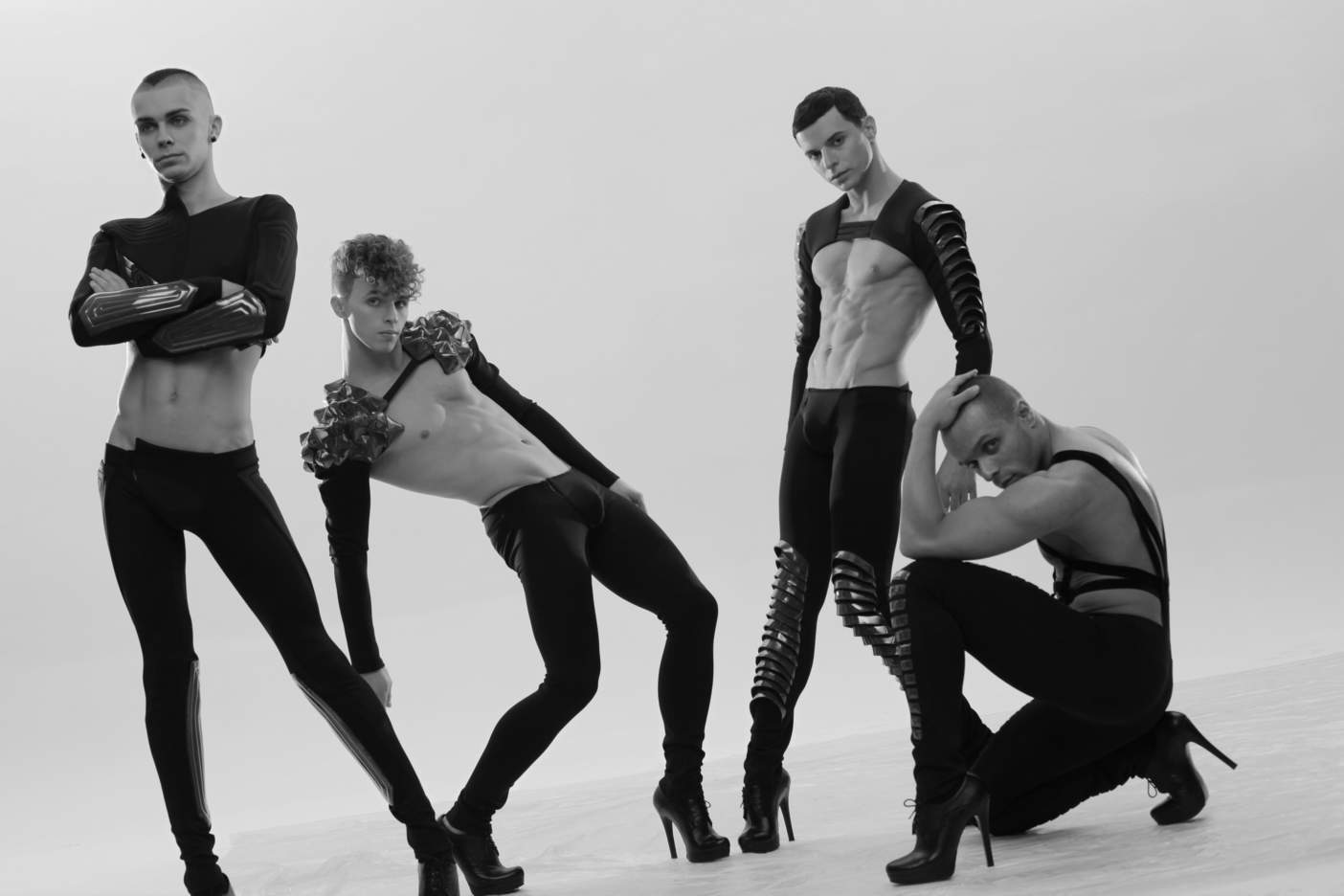 Do all items of clothing men of influence wear ultimately become female fashion items? From togas and short skirts to high heels and the color pink, I would argue that this is true for many of the fashion items that are today worn almost exclusively by women.

Most notably, these include skirts, tights and heeled boots. Here is how many items of clothing worn by women today were first worn by men, for convenience above all else:

To be fair, both men and women wore skirt and dress like items in history. Ancient Greek and Roman men considered pants – which were worn by Barbarians – well, barbaric.

Men of the 16th century often wore breeches that looked like puffy skirts.

The first pants came with horse riders who found it easier to ride horses wearing pants, and as most horse riders were men and warriors – it became a norm for men to wear pants, while women were still wearing skirts.

Today, it is almost strictly women who wear dresses and skirts.

But, did you know that the most iconic heels worn today by women, were first worn by men?

Heels were first worn by men as early as 15th century in Persia. Men wore heels because they helped secure the soldiers stance, so they were used as an instrument of war, rather than a fashion statement.

In 1650s it was common for men to wear heeled boots, but at around 1800s it was mostly Victorian women who wore them. Today, men rarely wear heeled shoes.

Take Wellingtons for example. They were first worn by the eccentric Duke Wellington and other aristocrats back in 1800s. The boots suffered a few redesigns, most notably in 1850s when rubber was introduced and farmers started wearing them, before they finally became a fashion item worn by women in the 1900s.

Cowboy boots were first worn by actual cowboys due to the nature of the errands they were doing. Today, women are just as likely to wear heeled cowboy boots as men are, and probably even more so.

Tights were first worn by men, for practical reasons, of course. They were made as tight fitting as possible for men riding horses. Further, wealthy men wore tights made of silk and wool, rather than tights made of fabric that men of less affluence wore.

Were the men the first to wear jewelry?

The earliest piece of jewelry was a necklace believed to be 25.000 years old. It is a necklace made of fish bones, most likely worn by a hunter who crafted it for himself to show off his skill or as a gift to his wife.

When societies emerged, many people wore jewelry as a way to protect themselves for magic or to get favor from the spirits, gods, or whomever they believed in.

Years later, jewelry was used as a symbol of commitment between two people.

Today, more jewelry is worn by women, although it is still acceptably worn by men.

The color pink is another great example. It was common to see men wear pale pink suits back in the 18th century. Usually, it was young men who wore pink at that time – the color was a sign of health and youth – rather than a sign of one’s gender.

This all changed in the late 19th century when it became more important to visually distinguish boys from girls. Some parents started favoring a pale blue colors for their boys, and a pink color for girls. The trend caught on a few decades after. Today, it is the norm.

Today, fashion history seems to be coming full circle. It is becoming normal for men to wear tights, skirts, high heels and other feminine apparel, as evidenced by many fashion shows.

Is this trend that will undoubtably grow stronger in the near future good, bad or neutral? Time will tell.