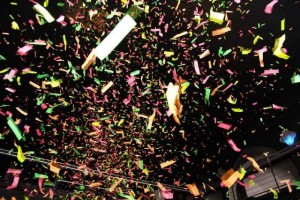 Celebrity murderers always make the headlines. Some of the accused, or suspects, have survived the notoriety and rekindled their careers while others who have been convicted are still in jail serving their sentences. The most infamous ones are O.J. Simpson and Charles Manson. These murders occurred in the 20th century.

On June 1994, O.J stabbed to death his ex-wife Nicole Brown Simpson and her friend Ron Goldman. The sensational case and trial earned international attention that culminated in an unbelievable “not guilty” verdict in 1995. But in 2008, he was convicted of armed robberies and is now in jail to serve 33 years. In the 1969 Charles Manson murders, struggling singer-songwriter Manson led a cult and murdered nine people, among them celebrity actress Sharon Tate, wife of director Roman Polanski. He is serving life imprisonment at California’s Corcoran State Prison.

Enter the 21st century and celebrity murders are still as newsworthy. But coincidence or not, many of them involve murders committed by athletes, and the one National Football League (NFL) has quite a few of them. O.J. Simpson was also a retired professional football player when the murders that he stood trial for were committed.

Michael Jace, American actor most known for his role as a Los Angeles police officer in the FX television series The Shield, shot his wife on her back and then on both legs on May 19, 2014. His two kids, both below ten years old, witnessed the shooting. Marital troubles and financial problems had beset the actor for the past few years. Jace was convicted by a jury in 2016 for second-degree murder and faces 40 years to life in prison.

Oscar Pistorius was a South African sprint runner who holds the distinction of qualifying to compete at the Paralympic Games and the Olympic Games. At 11 months old, he had both legs amputated below the knees due to a congenital anomaly. He was a champion in many Paralympics Games in his field and was allowed to run in the 2012 Summer Olympics. The next year saw Pistorius in the news again, this time for shooting to death his girlfriend model Reeva Steenkamp. Firing four shots through a closed bathroom door, the runner claimed he thought it was an intruder. On July 2016, Pistorius was found guilty of culpable homicide and sentenced to six years in prison.

Aaron Hernandez, a tight end for the New England Patriots of the NFL, was convicted of first-degree murder and sentenced to life in prison without parole on April 15, 2015. His crime: the shooting to death of Odin Lloyd, also a football player and fiancé of the sister of his fiancée in June 2013. He is now serving his sentence at a maximum security facility in Massachusetts.

Robert Blake, a well-known American actor, was charged with the death of his wife Bonnie Lee Bakley. He was 68 at that time and his wife of six months was then 44. They had come from dinner when Blake returned to the restaurant and left his wife in the car. Bakley, whom the defense called a porn con artist who intentionally got pregnant by Blake so he would marry her, was found dead in the car when Blake came back. With no firm evidence at hand, he was found not guilty in 2005. Blake’s fame from portraying the detective Baretta in the TV series may have also helped tilt the odds in his favor.

Rae Carruth, another football player of NFL’s Carolina Panthers, was found guilty of conspiracy to commit first-degree murder that resulted in the death of his eight months pregnant girlfriend, Cherica Adams. He had hired two men to kill Adams for refusing to abort their child and made it appear like a drive-by shooting. The incident occurred on November 16, 1999. Carruth fled but was captured a month later in Tennessee, in the trunk of his car. In January 2001, he was convicted and sentenced to prison. His expected date of release is nearing, on October 2018.