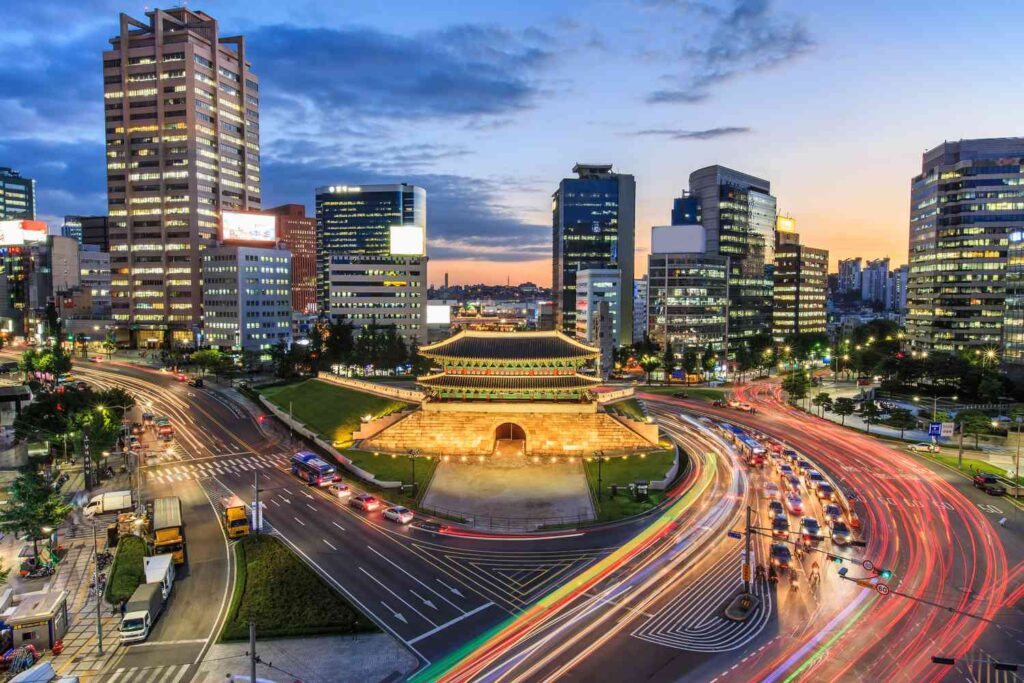 South Korea has a temperate climate with four distinct seasons. Spring, from March to May, is a time of mild temperatures and blooming flowers. Summer, from June to August, is hot and humid with occasional monsoon rains. Fall, from September to November, is a time of cool temperatures and beautiful foliage. Winter, from December to February, is cold and dry with occasional snowfall.

In spring, the average temperature ranges from 10 to 20 degrees Celsius (50 to 68 degrees Fahrenheit). This is a great time to visit South Korea as the cherry blossoms and other flowers are in full bloom. The rainy season usually starts in late June and lasts until mid-July. Summer temperatures can reach up to 30 degrees Celsius (86 degrees Fahrenheit) with high humidity. This can make it uncomfortable to be outside for long periods of time, but it is still a popular time to visit the beaches and islands.

South Korea also experiences typhoons, which are tropical storms that can bring heavy rain and strong winds. These typically occur from July to September and can cause significant damage and disruptions to transportation and daily life.

Overall, South Korea has a variety of weather patterns throughout the year, with something to offer for every season. The best time to visit will depend on your personal preferences and what you would like to do while you’re there. Spring and fall are generally considered to be the best times to visit, but the country has much to offer all year round.

It’s worth noting that due to its location, South Korea can be affected by the climate of neighboring countries, and the weather can be quite different depending on the region. For example, the southern regions tend to be warmer and more humid than the northern regions.

In summary, South Korea has a temperate climate with four distinct seasons: spring, summer, fall, and winter. Spring is mild with blooming flowers, summer is hot and humid with monsoon rains, fall is cool with beautiful foliage, and winter is cold and dry with occasional snowfall. It is also affected by typhoons from July to September and weather can vary greatly depending on the region. Visitors should plan their trip based on their personal preferences and what they would like to do while in South Korea.