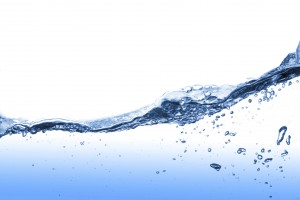 These days, we may take the quality of our drinking water for granted. We understand that generally our drinking water will be safe as well as having been treated at municipal water treatment centres and that the water quality itself is held to strict standards. Not only this, but we know the water we drink undergoes consistent testing to ensure that this is always the case.

Despite the best efforts however, problems with water quality in first world nations can arise from time to time and there are also millions of people in many parts of the world that do not have access to treated water suitable for human consumption. Still, water treatment has evolved considerably over time to where it is today.

The History of Water Treatment

Evidence of water treatment goes as far back as four thousand years in India and China, where it was understood that boiling water resulted in a means of purifying the water. While it was also recommended to expose the water to sunlight to complete the treatment process, the general idea was sound and created a means for individuals and families to prepare relatively safe drinking water. Before this, water quality was determined by the taste, smell and turbidity and it was unknown to all that even the best tasting water could still contain organisms that could make people sick.

The Roman Empire took the idea of aqueducts, first introduced in the 7th century BC by the Assyrians and created several of these structures to deliver large quantities of usable water to the largest cities in the empire. Due to various wars throughout history, many of these aqueducts were destroyed, and no water treatment took place during the dark ages from 500 AD to 1500 AD.

Through trial and error, different methods of water treatment were employed in municipalities all over the world which achieved varying levels of success with regards to purifying water. Filtering mechanisms using sand and gravel were introduced at a time when aesthetics of the water were the predominant concerns. It wasn’t until the late 19th century when standards for water quality began to emerge with increasing pressure from the residents of large towns and cities which forced the local government to take the matter seriously.

In 1854, it was discovered that cholera spread through water after an epidemic affected districts in London England in the area known as Carnaby Street. The epidemic was so serious that 500 people had died as a result of the water borne disease. It was through the efforts of one John Snow that a local pump was determined to be the source of the outbreak and not the result of the bad air theory that seemed to be more popular at the time.

Other mechanisms of advancements in water treatment include the chlorination of water and disinfection following the outbreak of 1854 and water softening first introduced in 1903.

As mentioned, water treatment has evolved and changed a lot over the course of history into what we recognize as a system that will eventually ensure that safe drinking water is accessible to all in Canada and the United States. Advancements in technology have contributed significantly to the purity and quality of our water, due in large part to the Safe Drinking Water Act. This act, enforced by the Environmental Protection Agency in the United States enforces standards regarding:

Roughly 70% of the earth is covered in water, yet only 3 percent of that water is usable by humans for consuming and use in industry. More interesting still is that only .03% of that is attainable water, as much of the usable water is trapped underground, in the atmosphere or in ice. Water is a precious resource, one that is mostly found in the rivers and lakes of the world. Water treatment will be necessary to ensure that we continue to have enough for our needs and industrial water filtration systems will be vital in doing this.