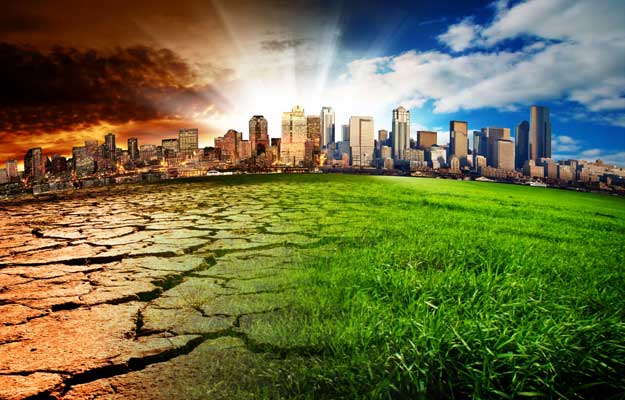 With such drastic change in climate temperature and the overall environment due to energy overuse and abuse it isn't uncommon to be met with some the costly aftereffects of Mother Nature. Global warming is obviously a more common one we face, it is something many are familiar with or at least have heard of. This, however, while unpleasant hasn't been a great deterrent or a strong motivating factor to conserve energy. Aside from the direct annoyance of dry spells and consistent heat, many individuals don't seem to see the problem. Those who do are still able to conduct their day to day lives relatively uninterrupted. Global warming, however, plays a far more potentially destructive role in the environment than mere heat fluctuation. They also play a speculated role in some of the devastating hurricanes we've witnessed, and as things progressively become worse, it'd be best to take certain precautions.

Most environmental scientists agree that the main cause for global warming is our expansion of greenhouse gases. This creates warmth that results from the atmosphere trapping heat that radiates from the earth. Certain gases in the atmosphere prevent heat from escaping. There are specific gases that remain semi-permanently in the atmosphere and simply do not respond physically or chemically to changes in temperature. These are typically what create what is known as a “forced” climate change. Gases, such as water vapor and the like that respond physically or chemically to changes in temperature are seen as commonly known as feedbacks. This is a significant contributor to greenhouse gases. It acts as a feedback to the climate. Water vapor increases as the Earth’s atmosphere warms and so does the possibility of clouds and precipitation, making these some of the most important feedback mechanisms to the greenhouse effect according to scientists. This aside, carbon dioxide, something many are quite familiar with, plays a rather large role as well. Carbon dioxide is released through natural processes such as respiration and volcano eruptions and through human activities such as deforestation, land use changes, and burning fossil fuels. As a collective society, we have increased atmospheric CO2 concentration by a third since the Industrial Revolution. This is the most significant and long term force in regards to dramatic climate change.

As stated before, global warming doesn't just simply contribute to a massive spike in heatwaves. Warmer conditions are predicted by scientists to lead to further evaporation and precipitation overall. Some locations will become far drier and others will become wet. A stronger greenhouse effect will warm the oceans and partially melt glaciers and other ice, increasing sea level. Ocean water also will expand contributing further to sea level rise. Further warming over the years is predicted to bring about far more intense hurricanes, and an overall increase lying between 2 and 11 percent.

Whether this holds completely accurate or not, if you hold a business or even a simple household near the coast it can be quite troublesome. Taking precautions such as marking the difference between hurricane watches and hurricane warnings, keeping flashlights, a surplus of water, battery powered radios, and first aid kits can help prep you for any pending danger. Even some form of reliable hurricane tracker app may prove to be useful.