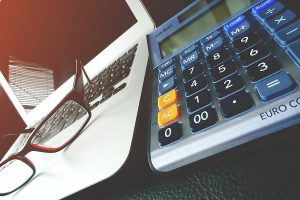 If you are looking to purchase property in London, you are going to have to be prepared for some serious sticker shock. Prices for properties in London and the surrounding areas have seen for the most part, double digit percehnt increases in the average price of sales from 2015 to 2016. If you were lucky enough to close a deal in 2015, you should feel good about your decision right now from a valuation standpoint at least. Your tax bill on the other hand, you may not be too happy about-but that is a different story. There is great speculation as to what 2017 will bring to the housing market in London but there are a few things that are affecting the current state of property in the UK, especially in London.

Where there are hipsters things inevitably become more expensive. In one area of London, home prices increased 60% because of the constant stream of hipster population. The hipster effect as it is known, is not an isolated event either. In cities, across the world, once defunct or abandoned industrial areas have been revitalized and become hotspots for young creatives looking to live and thrive in communities with likeminded neighbors.

The recent announcement from that Buckingham Palace would be undergoing a 369million pound renovation at the cost of the UK taxpayer is also set to affect property values and taxes over the next 10 years. According to leading home services specialists, plentific.com, the overall sentiment towards the project is not positive, with 68% of all UK residents unhappy about the project and its price tag. There has been so much negative sentiment regarding the project that there have been calls for the Queen herself to foot the bill through various petitions online. Still, the project is set to move ahead and the final affect that it will have on the average taxpayer in the UK remains to be seen.

The population of London continues to skyrocket. Emigration from foreign countries continues to rise and is projected to remain steady for years to come. Foreign born citizens will outpace native born Londoners within the next few years. This is also increasing demand for property which is pushing prices up in the areas that have the most available career options, good school systems and access to public transportation and services. Foreign investment is also driving prices up as international investors have been snatching up properties all over London to add to their investment portfolios. The Chinese have led the charge in the foreign investment sector and this is expected to not only continue but to increase as we move into 2017 and beyond. There are many that are saying that we are only seeing the tip of the proverbial iceberg at this point. The population of China is vast and the number of wealthy investors looking to invest their cash overseas, particularly in the UK is growing at progressive rates. These factors will continue to have their effects on the state of the housing and property market in the UK for years to come.