Neuroscientists have explored language for decades and produced scores of studies on multilingual speakers. Yet understanding this process - simultaneous interpretation - is a much bigger scientific challenge. There are so many processes in an interpreter's brain that it's hard even to know where to start. But here is what the studies have revealed.

Region of the Brain - Caudate Nucleus

This region of the brain is responsible for such processes like decision making and trust; it is coordinating activity across many brain regions to produce stunningly complex behaviours. It's now clear that many of our most sophisticated abilities are made possible not by specialist brain areas dedicated to specific tasks, but by lightning-fast coordination between areas that control more general tasks, such as movement and hearing.

1. The control is one thing interpreters lack. The words they utter and the speed at which they talk are determined by others. Even if an interpreter has prepared some speech to interpret beforehand, they had to be alive to humorous asides. Puns, sarcasm, irony and culture-specific jokes are an interpreter's nightmare. As one interpreter has noted in an academic article, "Puns based on a single word with multiple meanings in the source language should generally not be attempted by interpreters, as the result will probably not be funny."

2. The word order: another challenge that interpreters face daily. One of the brightest examples: German and its â€˜nicht', (â€˜not' in English) which can come at the very end of the sentence. So you may be enthusing about something and then the speaker finally says â€˜nicht'. In case you are a German native, you can hear the â€˜nicht' coming by the intonation.

3. Some speakers talk too fast. There are couple of ways how to deal with it. Some interpreters prefer just stopping and saying that the delegate is speaking too fast. However, people have a natural pace, and someone asked to slow down is likely to pick up speed again. The alternative is to prÃ©cis. "You have to be quick on the uptake. It's not just language skills in this job, it is being quick-brained and learning fast."

4. Watching by video is even more problematic. Studies confirm that the process is more exhausting and stressful, probably because body language and facial expressions provide part of the message, and are harder to decipher when working remotely.

"There's been a lot of work on bilingualism. Interpretation goes one step beyond that because the two languages are active simultaneously. And not just in one modality, because you have perception and production at the same time. So the brain regions involved go to an extremely high level, beyond language," says Narly Golestani, the group leader of the university's Brain and Language Lab.

In neuroscience labs by using functional magnetic resonance imaging (fMRI), researchers can watch the brain as it performs a specific task; applied to interpretation, it has already revealed the network of brain areas that make the process possible. One of these is Broca's area, known for its role in language production and working memory, the function that allows us to maintain a grasp on what we're thinking and doing. The area is also linked with neighbouring regions that help control language production and comprehension.

There is no single brain centre devoted exclusively to the control of interpretation: there are multiple areas pitching in.

Abilities of a simultaneous interpreter

There is a story of a simultaneous interpreter who is so proficient that he could do a crossword while working (however, no name or date or place was mentioned). In a job dominated by women, some knit - or used to when it was a more popular pastime. This suggests that interesting things are indeed happening in the brains of simultaneous interpreters.

Furthermore, simultaneous interpreters are good at ignoring themselves, for example. Under normal circumstances listening to your voice is essential to monitoring your speech. But interpreters have to concentrate on the word they're translating, so they learn to pay less attention to their own voice.

Interpreters also have to be able to cope with stress and exercise self-control when working with difficult speakers. One article suggests that members of the profession are, as a consequence, highly strung, temperamental, touchy and prima donna-ish. 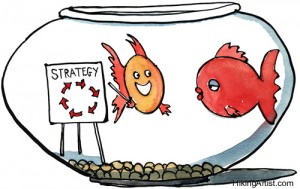 A simultaneous interpreter needs a repertoire of approaches. "The process has to adapt to varying circumstances. There could be poor sound quality, or a speaker with an accent, or it might be a topic I don't know much about. For instance, I wouldn't interpret a fast speaker in the same way I would a slow one. It's a different set of strategies. If there isn't time to focus on each and every word that comes in you have to do a kind of intelligent sampling," says Barbara Moser-Mercer, the professor of conference interpreting. Moreover, different interpreters listening to the same material may use different strategies.

Presented to you by London-based company Absolute Interpreting and Translations Ltd.