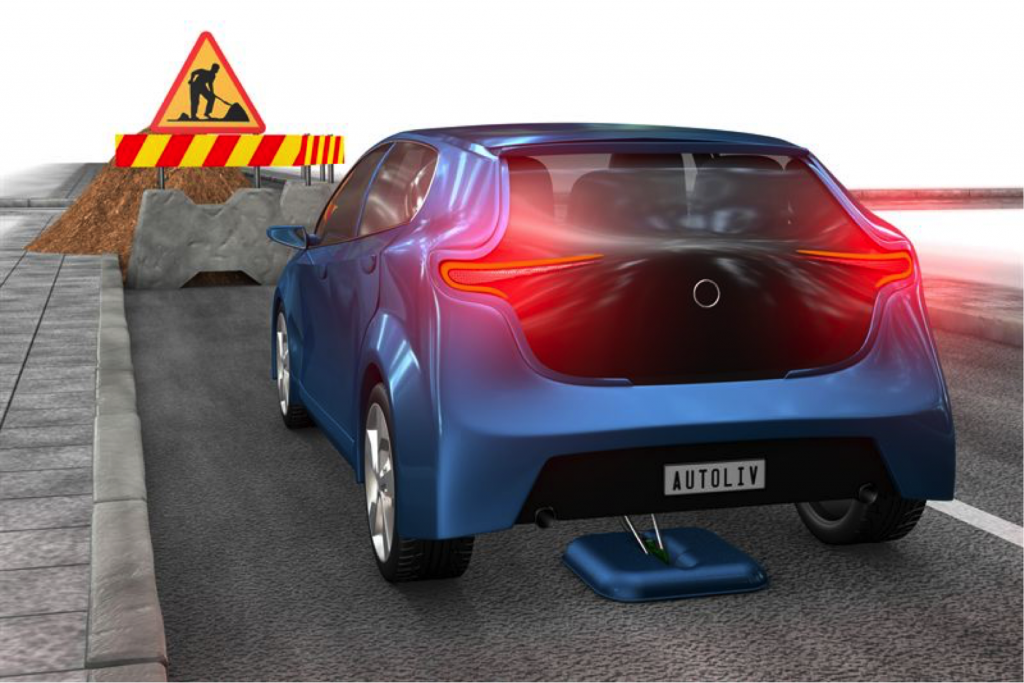 When it comes to automotive technology there are new products being created and tested every single year. Today's technology is helping automotive manufacturers create safer vehicles that can detect and prevent accidents, can read and obey speed limit signs, and can alert drivers when they are not focused on the road.

There are many vehicles being manufactured nowadays with accident prevention technology. These systems will react much faster than a human would and will help break the car if it detects a possible collision. Sounds great doesn't it? Only one problem. When the vehicle breaks are activated by the accident prevention technology it may take traditional breaks a long time to stop. This means that no matter how good your vehicle's system is at detecting a collision and how quickly it can activate the breaks, it may still crash due to the fact that the breaks don't have enough power to stop a vehicle quickly.

A company called Autoliv has been working on a product that will solve that issue. The Swedish company created a large metal plate which is attached under the vehicle's chassis and will shoot into the pavement in just a few milliseconds. The place then establishes a vacuum which exerts 15,000 newtons of force into the ground and allowing vehicles to stop up to 40 percent faster.

Autoliv released a video on YouTube showing the breaks in action, however, they did not explain how the breaks actually work. Some have speculated that the break works by using pneumatic pressure which is applied using flexible tubes. They also believe that perhaps the breaks use a solid propellant, similar to the kind they use in airbags. Once the break is launched it hits the ground with so much force that it actually creates a vacuum, which will bring the car to a quick stop.

Autoliv's vacuum breaks work extremely well. In fact, if your vehicle was going a fast enough speed and your vacuum breaks launched, the vehicle would stop so quickly that your body's force forward and the seat belt's locking mechanism would cause you to be squished and would turn your internal organs into mush. That is why the company designed the breaks with the intention of it only functioning in speeds of 40mph of less.

There are a few drawbacks with this technology. One being that young drivers may be tempted to test just how effective the emergency breaks are simply for the adrenaline rush. Unfortunately, this could lead to injury, especially if the young "daredevils" are not responsible enough to wear a seatbelt. Considering those who actually use this contraption as a "toy" are already showing they are irresponsible, you can't really expect that they are seatbelt-wearing, law-abiding drivers.

Another drawback of having this contraption on your car is that it may cause you to get rear-ended. When your vehicle stops suddenly, any card behind you that doesn't have the same equipment and technology will likely crash into you. The company is still trying to work these issues out and continuously testing until they get an acceptable, marketable, and most importantly, safe result.

There's also a question about how this type of technology will affect laws and insurance claims. Who will be the guilty party when an accident occurs and someone is injured? It's fair to say that the law and insurance companies will have to adapt. Overall, the goal of this company is to manufacture a product that will make vehicles safer. These vacuum breaks will help prevent numerous accidents and likely save a lot of lives.

This type of technology may not be available for some time, which is why online traffic schools offer driver & traffic safety courses that can help you become a safe driver. They can also help you complete traffic school in order to dismiss and traffic ticket and avoid getting points on your driving record. Depending on your insurance company, you may even be able to get a safe driver discount!