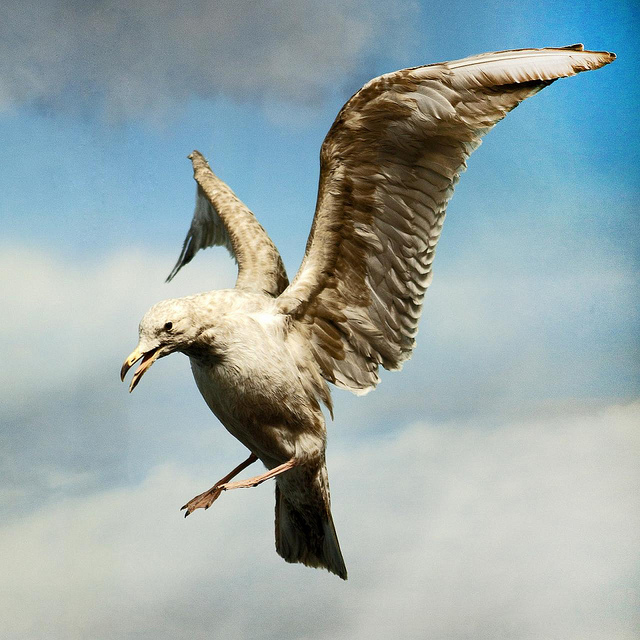 There are several instances when individuals have fallen prey to the "missile" like gull attacks. While some have been hospitalized with cut heads and profuse bleeding, others have had to sacrifice their bones. The urban seagulls have become a menace with every passing day. In this article, we will find out how seagull control can be brought about. So, read on for better insight.

One of the main reasons why it is a cause of concern is that these birds have now become urban beings instead of their original status of sea birds. They travel with a speed equal to 65kph and the weapon they use to attack is their 2 inch beak. They are attracted mainly by the "takeaway scraps" and litter cans that remain open. Also, increasingly, they are visiting rooftops where they make their nest. Studies have revealed that the incidence of seagull attack has increased by as much as 20% annually. As far as survival in urban settings is concerned, their chances of survival are 95%.

Owing to the fact that seagull control has become essential, there are many cities that have turned to so called urban gull deterrent. Most commonly used deterrents include making use of nettings, hawks, spikes that can be planted on the rooftops, installing sound systems with high frequency. Many families are also installing electrified wires.

When selecting seagull deterrent, the selection has to be made with utmost care. This is because inflicting injury or harm to the seagulls is considered illegal unless you have a permit. So, killing is a far cry without permission. However, there is one positive aspect that has been observed lately. In the urban areas, the population of seagulls is on the decline.

If you have guests visiting your place from overseas, make sure you convey the exact and the right time when they ought to visit. It is recommended that you avoid visiting this place when the adult seagulls are taking care of their young ones. The period is between mid May and July end. This time around the fledglings are too small to take care of themselves and the adult seagulls become aggressive and fierce and attack anyone they sense might be a threat to their young ones. They are protective about their fledglings.

How do you sense danger from a seagull?

If you are getting too close to the fledglings, the seagulls will first warn you by giving out a squeaky call. If you fail to move away, the next step they take is to fly around you at a distance less than a meter. This is the time when you should take it as a warning and move away without fail. If the trespasser still does not respond or move away, it vomits on the head and finally, attack is the only option left with the seagull and it strikes head on.

One of the major steps as part of the SeaGull deterrent treatment is to prevent the eggs from hatching. This is a tried and tested method and also affordable. The eggs are treated for a fixed period of time when the egg laying season approaches. This is referred to as egg oiling. The adult seagulls wait for the eggs to hatch but that does not happen due to the treatment. The treatment usually starts by May/June depending on the behavior of the adult seagulls in terms of mating, nesting, and egg-laying.