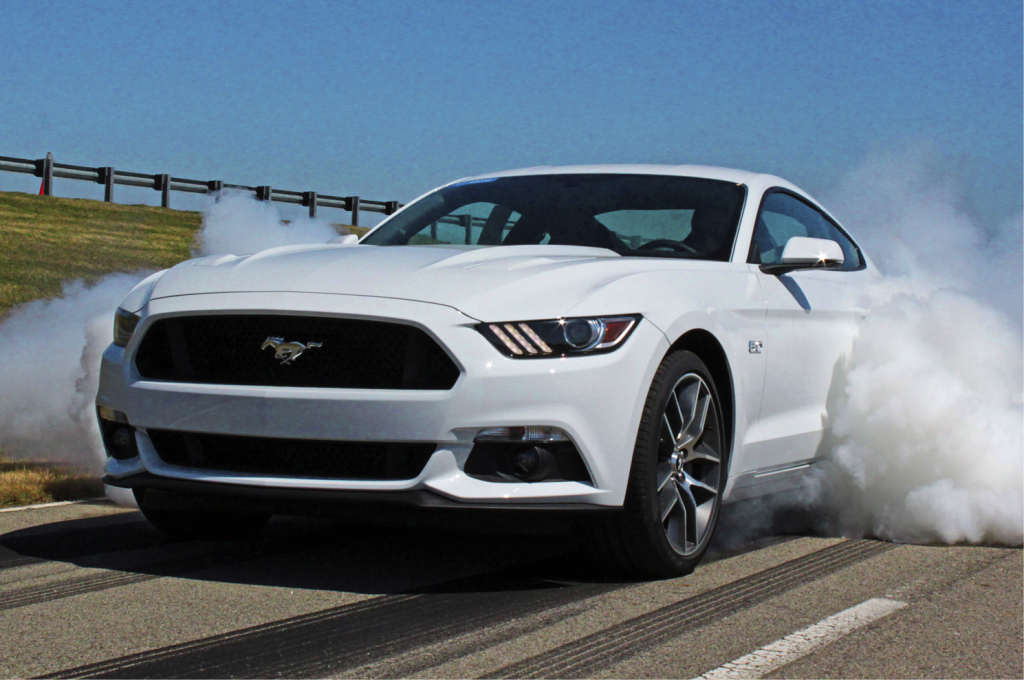 2015 is an amazing year for American-made sports cars. The 2016 model years are just now showing up at dealers, and while these vehicles may be out of the price range for teens, they are eye candy for the young adult. The 2015 Ford Mustang GT has a price tag of just over $24K and moves from 0-60 MPH in 4.5 seconds. With a top speed of 164 MPH, this car is trouble for all but the most disciplined of drivers.

If you have a led foot, there is no reason to stick to the brand new cars. The 2003 Mustang GT needs only 5.6 to move you from a standing stop to 60 MPH. According to Kelly Blue Book, you can find a 2003 Ford Mustang GT for about $7K. That low price puts this kind of power into the hands of a lot of young drivers. There are plenty of GT Mustangs between 2003 and 2015.

Lovely as they are, the Ford Mustang is not the only rocket on the road. The 2015 Dodge Charger Hellcat might be faster than even the new Ford Mustang. Coming in at a price of just under $60K the 2015 Dodge Challenger SRT Hellcat boasts 707 HP and a 3.6-second time from 0-60. Car and Driver lists the Hellcat as having a 199 MPH top speed. If you have the opportunity to drive one of these beasts, our advice â€” do not sneeze.

There are many used cars out there that simply have too much power for most drivers. The Dodge Challenger RT/SRT8 moves like a rocket with the V8 engine, but even the Challenger SE with the V6 has 250 HP. That is plenty of power for a speeding ticket. Other fast cars include the Audi TT, Mazda MX-5 Miata, the RX8, Chevrolet Camaro, and the Nissan 300 ZX and 350Z.

It Is Really Not the Cars

Well, one could argue that it really is the cars, but come on people. If you have been racking up the speeding tickets, you can’t blame the car. Even though many of these cars have so much power, and many more offer the most temptation to heavy foot the gas pedal the responsibility of driving a car â€” slow cars or fast cars â€” comes down to you the driver.

Cars that are less than ten years old come with all kinds of tech that make driving fun. These features range from amazing sound systems to gadgets that allow you use your smart device without removing your hands from the wheel. One problem with better tech is distracted driving. When you are pedaling down the freeway in a 707 HP Hellcat, talking on the phone, and cranking the stereo how much of your brain is focusing on driving. For many drivers the answer is â€” Not A Lot. It gets even worse when you are doing all of these things and trying to get the cap off of your water bottle.

The Flashing Lights of Despair

We’ve seen them a few times in our own rear view mirror â€” The CHP or the local police. In fact, there is a long history of getting pulled over for speeding. Back in 1896 the first speeding ticket was for traveling at 8 MPH in a 2 MPH zone. Many states tack on a $1,000 fine for speeding. The true cost of speeding tickets is not the fine you pay, but the increase in insurance charges when you get labeled as a high-risk driver. So how do you avoid the insurance problem when you are caught speeding? Traffic school is the only way really to make a ticket disappear before it reaches your insurance company.

For drivers who have seen the flashing lights of despair in their rear view mirror consider online traffic school or a defensive driving course. You might also want to enroll in a safe driving class. Keep in mind that just because your vehicle goes 0-60 in a blink of an eye does not mean that you have to travel at warp speed. Become a safe driver and save the drafting, high speeds, and drift-cornering for the professionals.