A team of researchers from Washington State University have achieved a significant breakthrough in connection with the role of HBOT in weakening the symptoms of opiate withdrawal, according to a report.

According to Quock, the mice that underwent the treatment were “much calmer”, and that the difference was clearly visible.

Alongside his colleagues, Quock lauded the development to be of “profound importance” in Brain Research, a research journal for which he writes. Although the existing therapies pertaining to the treatment of heroin addiction are capable of providing temporary relief, they can be addictive. According to CDC, the dependance on drugs is a growing trend among the youngsters in the United States.

Quock also warns that the severity of withdrawal symptoms may prompt some addicts to prolong the usage of drugs in order to feel relieved from the symptoms.

As we know, in order for a treatment to get the medical insurance coverage in the United States, it has to meet with the approval of the FDA. Though Hyperbaric Oxygen Therapy (HBOT) is winning popularity with patients, it is yet to get clearance from the FDA for the treatment of opiate withdrawal. Therefore, health care professionals prescribe it only for off-label use.

Quock hopes other clinical researchers will take note of research conducted by his team in future and build upon it to convince the FDA to approve HBOT for the treatment of opiate withdrawal.

Since its inception, HBOT has taken centerstage, and aroused the curiosity of researchers to explore the wide range of possibilities in using it as a treatment option for different medical conditions. Subsequent studies have prompted the FDA to approve it for 14 specific indications thus far.

Unlike other complex treatments, HBOT is simple and pain free. Further, it does not involve any surgery. Perhaps this is the reason why the popularity of the therapy is currently the growing trend among patients these days. The fact that it has marginal side effects also gives a good reason to a number of patients to prefer it over other treatments.

The circulation of oxygen to all parts of the body is of critical importance for the normal functioning of cells. An injury, a disease or a medical condition can beset the mechanism, thereby making undesirable changes to it, followed by an inadequate supply of oxygen to the tissues of some parts of the body. Restoring the supply of oxygen is the key to correct the anomaly, and enable the body to regenerate on its own.

Quock, who has been studying the effectiveness of HBOT in the treatment of various medical conditions for some time, is engaged in research with regard to maximizing the scope of the relieving effect of the therapy. 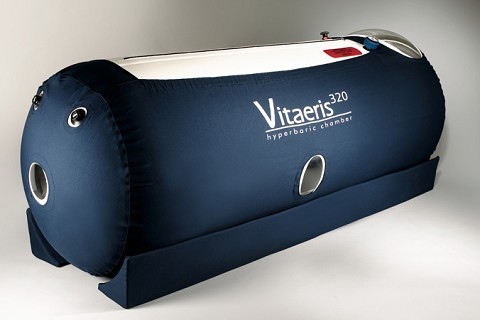 As HBOT is effective in activating the internal opioid systems of the body, Quock deduced that the therapy can also eliminate opioid withdrawal symptoms effectively. The idea had first come to his notice in 1995 when he came across a paper named “opium narcomaniacs” that had the english translation of a Russian research paper stating the effectiveness of HBOT in alleviating the withdrawal symptoms.

Upon monitoring the results, Quock, and his colleagues found that the mice were showing symptoms of withdrawal such as jumping, increased defecation, shaking forepaws, and so on. It was the direct consequence of injecting naloxone, which blocked the effects of opioids in their body.

Prior to injecting naloxone, some group of mice were also given HBOT by putting them inside the hyperbaric chamber for 30-60 minute sessions. The pressure was elevated up to 3.5 times the normal atmospheric pressure.

Quock, and the other researchers on the team claim that the study is the first of its kind to show with proof, the phenomenon of opiate dependence in the model of an animal. They expect more breakthrough in this connection with the passage of time.