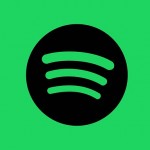 There are four types of streaming media device types: game consoles, media device streamers, virtual reality headsets and smart TVs. Streaming media devices were introduced in the early 2000s where customers could stream TV shows and movies without the use of a cable TV or a satellite provider. The evolution began with services like Netflix and Amazon and eventually grew. Viewers could use their game consoles and/or smart devices to connect to the internet and stream from those applications. This began to grow in popularity giving way to new TVs called smart TVs. These intelligent TVs were directly connected to the internet via Wi-Fi allowing the TV to stream to those interfaces with the applications preloaded. Since then, TVs have gotten even smarter integrated with better technology and smart devices have been created allowing people to connect their TVs to a smart device to stream the media.

Game Consoles: Video game consoles were one of the first available for streaming media content. Several game consoles can be used to stream Netflix and Amazon video such as Microsoft Xbox game consoles and PlayStation game consoles. These devices offer an incredible experience because they allow you to play games and watch TV shows and movies for the price of one. It is a great concept.

Smart TVs: Smart TVs make watching your cable provider or satellite provider and streaming video effortless. Once you set up your Wi-Fi you can connect to your Netflix, Amazon, Hulu, and other streaming media accounts and watch your favorite shows at any time. The only thing you need to make sure you have is good internet download speed and a good data plan to pay for the streaming.

Virtual Reality Headsets: Virtual reality headsets have become extremely popular just within the last couple of years. The point is to provide users with life like experiences. TVs and computers typically provide us with boundaries. Virtual reality headsets provide users with an experience that takes that away so that when they look into the headset it is a real 3D image in a 360 degree display. These can be used with games and other media. They are getting better with technology.

Smart TVs take up much of the market right now. About three-quarters of the devices that people have in their homes are Smart TVs. The smallest proportion of devices that people are currently using are virtual reality headsets and this will continue. Game consoles will remain steady from now until about 2021 and streaming media devices are continuing to grow in popularity. New technology will allow these devices to gain ground. They will see about a 10% increase in sales annually from now until 2021.