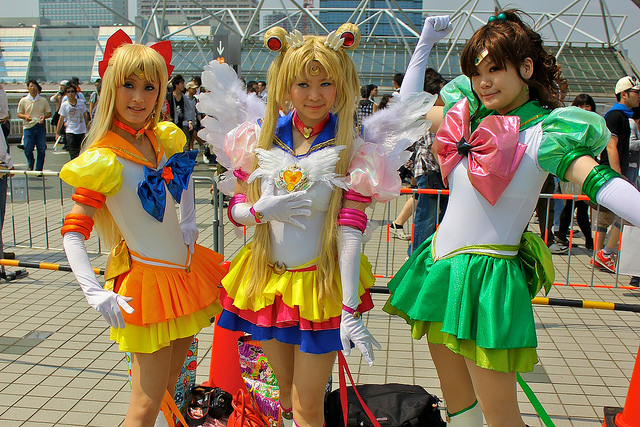 There is an argument of what cities are in the top rank for being the fashion capital of the world. Famous cities that would make on the list are New York, Milan, Paris, Seoul, and London. However, people overlooked that Tokyo is beyond the expected fashion trend. Tokyo is more like pulling off the advance fashion, beyond the society’s expectations. Tokyo is where fashion is progressive.

This progress is the same reason why designers that are in need of new inspiration visit the city to gain some. There are different style subcultures found in various districts like Ginza, Shibuya, and Harajuku. There are plenty of styles for the Japanese fashion. Due to the sudden changes and crossover, it is quite difficult to classify each style.

Each style group is into a certain Kei (style) sub-genres. Also, different magazines target each of the demographics. The Japanese fashion executes each fashion statement even to the smallest detail which makes them authentic when embracing other culture’s style. Here are some of the subcultures that you’ll find on the streets of Tokyo.

Gyaru is a term derived from the English word “gal”. They are young girls who dye their hair into faded shades like blonde and silver. Also, they get fake tans then put the thickest makeup on their faces. Most gyaru are always on the street corners of every major city. However, this fashion subculture was born in the Harajuku neighborhood of Tokyo. There are various subgroups of gyaru, and each subgroup is growing and also gets weirder than the last one.

Among the prominent subgroups of gyaru are kogyaru, ganguro, and yamanba. Kogyaru are high school girls that transform and wear the sexy version of their school uniforms. Wearing super short skirts and saggy socks plus blond dyed hair are Kogyaru’s version of gyaru kei. Those who wore dark slathered makeup then paint their lips with white and sticks some shiny sticker on their faces are Ganguro’s way of representing gyaru.

Some ganguro girls are not satisfied with looking like panda hookers and took another step to change the fashion. They call themselves as yamanba which is a Japanese term for “mountain hag.” Yamanba is the subculture of gyaru with girls that make themselves look ridiculous.

Mori girls is a fashion subculture from Japan. The word “mori” is “forest” in Japanese. In short, mori girls are girls that look like they live in the forest. Mori girls have their unique appearance. Their unique appearances entice people to join their adventures. They are always wearing loose dresses, puffed sleeves, vintage blouses, A-line skirts, leggings, and tights.

Mostly, mori girls rock the layering type of clothing. Mori girls use beautiful textures and fabrics. Also, they prefer natural materials. The natural shades of color Mori girls use shades that represent the forest-like green, blue, deep red, and brown colors. Often mori girls warm themselves during winter with furs and knits, while using leathers boleros and ponchos on fall.

The mori girl’s childlike nature makes them unique from the women in the city that portrays aggressiveness and carnivorous fashion. They prefer wearing flat shoes and keep their nails short and maintain a fair skin. Mori girls are also interested in candy, checkered, floral, polka dots and checked prints. But, mori girls avoid looking overly cute.

They have little to no makeup at all. However, in times mori girls use makeup, they put pink circles on their cheeks that portray dolls. Even if the mori girls have a heart like a child, they are still undeniably fascinated by objects that have history on them. They have interests in vintage things like small gold pendants, pocket watches, and analog cameras.

The most popular fashion subculture of Japan has always been traditionally female-centric. However, recently a new subculture appeared on the streets of Japan that are ready to hit hard the gender biases. The new style tribe called themselves as the “Kawaii Boys.”

The Kawaii Boys first made an appearance on the streets of Harajuku and introduced the new subculture to the Japanese. They wear cute clothes. These Japanese boys are fully embracing the “kawaii” (cute) type of fashion that is normally a term used to describe Japanese teen girls.

The Japanese media labeled the Kawaii Boys as “Genderless Kei,” but the label largely applies to a bigger genre than the Kawaii Boys of Harajuku. Kawaii boys is a sub-genre of Genderless Kei. The Kawaii Boys’ style varies on the wearer’s preference. The most popular Kawaii Boy look is the childlike kei. And it is more famous compared to the traditionally feminine ones. Kawaii Boys are not gay, most of them do not crossdress also, and most importantly they are not trying to surpass the looks of a woman.

They mostly aim at having fun through a Genderless style. Because of this reason, Kawaii Boys are not afraid of mixing female fashion elements to their looks.

This fashion subculture incorporates both female and male fashion items and beauty techniques to achieve an androgynous look. Their styles vary according to their preferences. However, the modern idols of Genderless Kei have slim bodies and cute faces. The people who follow the Genderless Kei mostly dye their hair, wear colored contact lenses, and makeup.

Also, these boys polish their nails, use cute accessories and wear flashy clothing. Genderless boys do not aim to be greater than a true woman, but rather they reject gender rules. They want to create a standard beauty that is Genderless. The most important key to the Genderless style is that it doesn’t have any relation to sexuality.

Though the term “Lolita” has negative and sexual connotations in Western cultures, in Japanese culture “Lolita” refers to elegance, modesty, and cuteness. It is more similar to the aggressive type of femininity. Also, it was meant to be straightforward and always the reaction to some overtly sexualized portrayal of women in the Japanese culture.

The Lolita street fashion, more particularly the Lolita style was first introduced and popularized by the Visual Kei that is popular in Jpop music. Visual Kei is a mix of a fancy style of dress, hairstyles, and makeup which fits particularly in a certain music genre. Usually, the style holds strong influences from punk rock, heavy metal genres, and the Western glam.

The most evident feature of Lolita fashion is the dedication in embracing the British culture. Lolita fashion represents a movement that is similar to rebellion towards conventions of the contemporary society.

Oji girls or ojikawa is the recent subculture trend in the streets of Japan. It refers to the dandy yet the cute style of women. Oji girls fashion consists of baggy trousers, suspenders, longline coats, wingtip shoes, and tweed vests. Combinations of words “ojiisan” (old man or uncle) and “kawaii” (cute) are the root words of “ojikawa.” The term became innately popular in 2011 when Japanese magazines PopSister and Pretty Style featured it.

Clothes that targets Oji girls starts with the prefix oji. For oji girls wannabe, they can borrow some items in their grandpa’s closet. The important thing about being an oji girl is they need to dress up like British men that came from decades ago. Commonly, they wear oversized, structures and vintage pieces in neutral and muted colors like brown, gray, and camel.

Also, they wear classic patterns like tweed, plaid, and argyle. Their accessories consist of leather belts, round glasses, berets, and scarves. Any items that will give them an artsy fatherly look fits the French toast fashion.

Lastly, oji girls use at least one cute item to incorporate into their outfit. They can pull off a boxy backpack, tie-neck blouse, printed tights or pull their hairs into a girly-do. Oji girls sure still need the little kawaii look also.

After the Oji girls, on 2014 the French Toast girl made the headline in CanCam. French Toast fashion is the closest to the normal style nowadays. It means that French toast girls offer a bit modern, casual and unpretentious fashion.

French toast girl means that a girl is sweet but simple, approachable and positive. Just like the French toast that consists of easy to get ingredients, A french toast girl masters in putting up the basic fashion clothes and clothing items like denim pieces, striped shirts and canvas shoes in neutral colors.

Though French toast girls have gentle looks, they are still practical and strong-minded, courageous and independent. It only means that being a French toast girl is being beautiful inside and out.

Different subcultures of fashion in Japan inspires a lot of designer and people. With diverse representation, the fashion scene in Japan is on par with any other cities in the world. It can be the fashion capital of the world because of the advancement that the fashion industry in Japan possesses. From little details to aesthetics that represent each style tribe.

ZachMcGavin is author at LeraBlog. The author's views are entirely their own and may not reflect the views and opinions of LeraBlog staff.