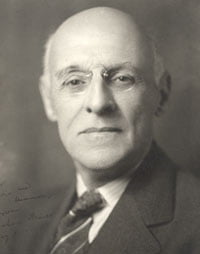 Abraham Flexner, not to be confused with Lincoln, holds the marionettes of the medical industry in his hands. His passing in 1959 didn’t affect this. So the next time you pay an exorbitant sum for medical treatment, tip your hat to Flexner—the root of commercialized healthcare.

Flexner remainsone of the most prominent influences on the healthcare system to this day. You’d be hard-pressed to buy a healthcare reform book that doesn’t mention him, some in a positive light and othersnegative.

For an honest account of how a man with no medical degree changed the healthcare system, there’s an upcoming nonfiction book that’ll pull the wool off the eyes of the most skeptical reader.

How? Medical professionals have accumulated a wealth of information and experience to support their claims in A Fork In The Road In Baltimore, coming early 2023. The fork in question is Flexner Vs. (William) Osler.

A Quick Overview of Osler

William Osler began his studies in theology, only to decide that medicine was his true calling. Much to his mother’s disappointment, he studied medicine, earned much respect, and became known as the father of modern medicine.

Like a medical fiction protagonist to Flexner’s antagonist, he achieved much in his lifetime:

He had many more achievements, all equally as impressive and forward-thinking. While his ideas aren’t a part of legal policy and healthcare reform, they’re still followed by some in th

The Price America Paid For The Flexner Report

On the other hand, Flexner had a bachelor’s degree in the classics and started two postgraduate courses but completed neither. However, during his career as an educator, he published reports in 1908 and 1910, and just like that, he had every American doctor by the stethoscope.

No one would have realized it at the time, but The American College: A Criticism and The Flexner Report cost The Land of The Free thousands of doctors. When the report was published, it triggered an investigation into over a hundred rural and African-American medical colleges, most of which were shut down.

Flexner’s writing contained many opinions and medical theories, including sentiments like, “The practice of the Negro doctor will be limited to his own race”. When you shop for healthcare system-related books, it’s abundantly clear how he stifled medical advancement in many ways. All while giving voice and legitimacy to racism and classism.

He also stressed the importance of a biomedical approach. Treating patients purely based on biology and with little consideration for the psychological effects of bad patient care. The healthcare system swallowed this idea whole in its formative stages because, after all, it’s highly profitable. It also paved the way for pharma to become big pharma.

According to the biomedical approach, even mental health should be treated primarily with pharmaceuticals; in other words, doctors shouldn’t give patients anything they can’t bill them for.

If you buy COVID-19 books online or even read the CDC guidelines, you’ll notice that the advice to avoid becoming infected looks more like a shopping list. Masks, sanitizer, face shields, gloves, home tests, and more.

Somehow, Sweden, without partaking in a legally enforced marketing campaign for big pharma, had a better outcome than its masking European counterparts.

Is There Anything That Can Be Done?

Flexner’s hold on the medical system is bolstered by the fact that he lent his voice and identity to profitability. If you shop for health benefits-related books or look up medical advice online, you’ll likely get a list of supplements to buy.

Instead, shop for healthcare system books written by a real doctor. Even if you buy affordable fiction books online, try to go for medical or historical fiction. Unfortunately, the only way to combat the ghost of Flexner is to know more about how healthcare reform works. It has always followed the money.

Buy a Civil War-related book,and you’ll see that all the hate and violence that went into the war was backed by money. If you dislike history books, check out Three Brothers From Virginia. It’s fictional but highly informative.

The best non fiction books to read 2021, and fiction for that matter, come from people who are qualified to write them. When you read medical fiction, it should come from a real doctor, like The Geriatrics Vengeance Club by Andy Lazris, M.D. It’s a must-read and a must-hear for anyone fascinated by the idea of a 3D fictional book.

According to reviewers, it’s also quite the laugh. Or check out January 6th and The Millenial Horde, nominated for the Book of The Year award.

However, if you’re looking for nonfiction about the medical industry, don’t forget to check out A Fork In The Road In Baltimore.

Sarah Humphrey acts as a medical consultant for an insurance company. She spent ten years as a practicing doctor before moving to the corporate world. She has seen firsthand how money and healthcare are impossible to separate and is fascinated by the relationship between medicine and industry. In her free time, she volunteers at a pro-bono medical center and likes to read medical fiction online.