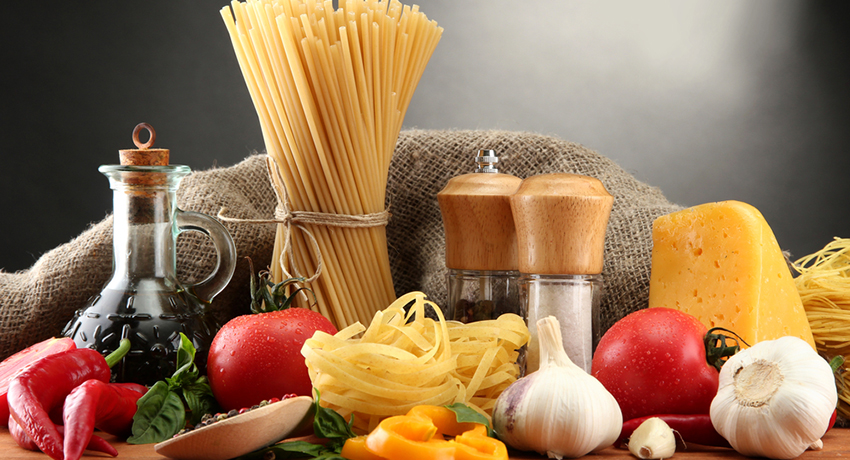 What better way to express a people’s culture than by the food they eat? The Italian cuisine is extraordinarily regional. Different regions are known for different foods so it would be so wrong to assume that everyone here eats pasta or pizza. The distinct regional variations in traditional Italian food make the travel experience even more profound. Let us look at 7 of the most traditional Italian foods by regions:

Where to eat it: Naples, Campania

The true home of pizza is in Naples. This means that your trip to Naples would not be complete without eating some authentic pizza Napoletana.

Neapolitan style pizza is like no other pizza on earth; it’s simply gold-standard of pizza. Its toppings are kept simple while the crust is quite thick.

Where to eat it: Bologna, Emilia Romagna

This is one of the foods to eat in Bologna. It’s the closest thing that Italians have to a “spag bol”. The Ragu a la Bolognese is a meat sauce that is prepared with carrots, onions, celery, placenta, beef, pork, milk and of course, tomato sauce.

For that authentic flavor, cook the sauce for approximately 8 hours. The meat sauce is not served with spaghetti but with tagliatelle.

Where to eat it: Milan, Lombardy

Risotto is a creamy rice dish that originates from the northern part of Italy. It is made by toasting Arborio rice with butter, onion, and chicken or beef stock. The mixture is cooked until thick and creamy. The ingredients used are porcini mushrooms, fresh herbs, sausage, and seafood.

Traditional Risotto a la Milanese is prepared with bone marrow, meat stock, saffron to give it a yellow hue, and sometimes cheese.

Risotto should be eaten while still hot.

Parmigiano Reggiano cheese is sometimes added, or saffron, maybe mushrooms or fresh herbs. It all depends on what the dish is accompanying. It’s yummy and should be enjoyed hot.

Where to eat it: Rome, Lazio

The recipe is not limited to a specific type of pasta. Spaghetti is the usual type that is used even though fettuccine, rigatoni, linguine, and bucatini are also used. The recipes also differ slightly in the use of egg. While some people use the whole egg, others use only the yolk.

The cheese and the eggs provide the creaminess to this dish that was invented in mid 20th century.

Where to eat it: Friuli Venezia Giulia

Prosciutto is a fine version of sweet ham. Some of the factors contributing to the high­quality of the ham are the area’s microclimate and the high­level standards of the curing process. The pigs are also raised under very strict regulations.

Prosciutto is a smooth and buttery melt-in-the-mouth delicacy that you should definitely try out.

Where to eat it: Genoa, Liguria

Traditional Pesto Genovese is made using two ingredients: aromatic Ligurian olive oil and local basil. Garlic, pecorino salt, pine nuts, and parmesan are ground in a mortar and pestle and added to the sauce. Sometimes parsley or spinach is added to lessen the strong basil flavor.

Pesto can either be served by tossing into warm pasta or spreading it over grilled crostini. You can add potatoes and green beans in the serving.

Where to eat it: Sicily

Nothing can beat the taste of real natural gelato made the traditional way. How it just melts in your mouth cannot be compared to the fake gelato made with an industrial powdered mix.

How does Gelato differ from Ice Cream, you ask? Let’s look at the difference between these two:

Gelato has soft elastic, and slow-to-melt milkiness texture compared to ice-cream which has a richer and more creamy texture. The reason behind this is because gelato has less fat; gelato uses more milk while ice-cream uses more cream.

Gelato also has less air that is churned into it during the freezing process compared to ice-cream. Ice-cream is churned faster and harder to whip in as much air as possible; giving it a light and fast-melting texture.

Gelato, in general, has a more intense flavor than ice-cream.