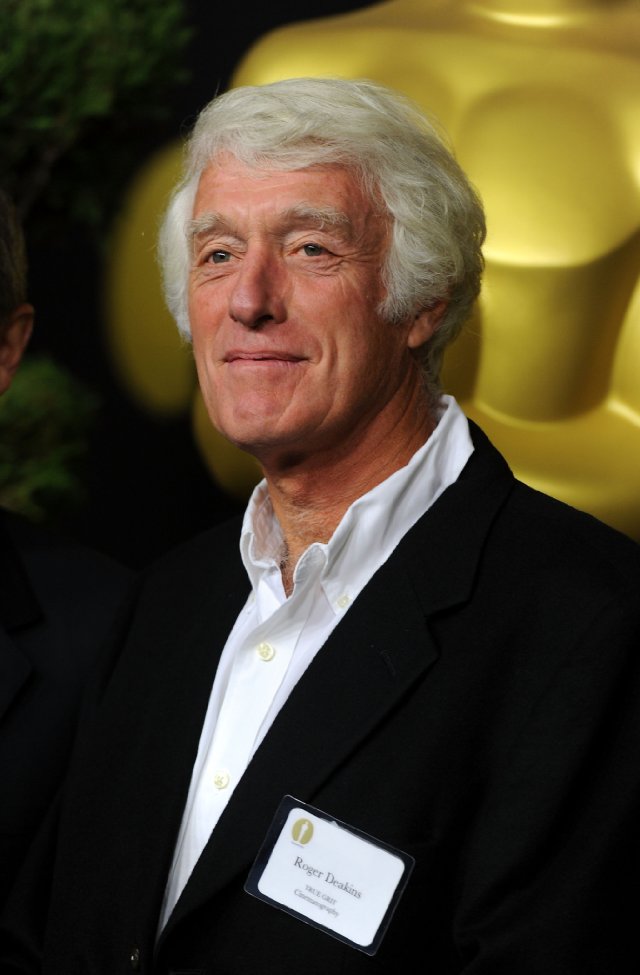 Some of the best movies like shawshank redemption, Fargo, Beautiful mind, Skyfall have one thing in common apart from being great movies-Roger Deakins. This great cinematographer can bring reality to screen with his camera and sure has so much wisdom to offer young film makers. If you are trying to be a successful cinematographer one day, then you hear from this legend about cinematography.

Roger Deakins with experience in handling cameras exceptionally well even in nearly impossible shots and brought original flavour to the movie, that the script demands. He also worked as the visual consultant in famous pixar movies likes How to train your dragon, croods, Rise of the guardians etc. Here, let's get to learn the 6 things that he got for his fan through his website.

We might master a lot of techniques in handling the camera which will help us in cinematography but it is also important that all our cinematographic talents were put to use according to the director’s concept. We can have our own style but it should give the results that the director envisioned. The best cinematographer will be able to bring the ideas of the director in the screen. He also says that it is fine to compromise on the sounds, lighting and even composition to get the best shot if it helps the actors and director to bring out the best.

2 Cinematography is not just about camera

If you think handling a digital camera alone is going to make someone a great cinematographer? This legend says no. Apart from the camera, you should also concentrate on the resolution, latitude, depth of the colour, grain structure, lens aberration etc. it is necessary to make sure that all these criteria are kept in check before rolling your camera. He also believes that it is not the camera that creates a good image suitable for the movie but it is the man who was behind the camera. So start focusing on things outside the camera which will surely give you a surprisingly different perspective of cinematography.

3 Operating wheels should not distract you

Operation is an important process and for most people it comes as a second nature. Roger says he practised doing figure of 8 on wheels till he was able to sign his name. So if you are not comfortable with operating the wheels, you can always practise just like Roger did. Practice till it becomes a second nature to you because if you concentrate on the operation much then you might get distracted from the subject. It is imperative to stay focused on the subject while shooting. He also adds that it is best to be prepared well in advance before the shoot if you are going to operate since operating the camera is important.

It is important to practice shooting with camera under natural lighting. We cannot expect lighting in all situations so as a cinematographer, one should be able to shoot under minimal facility. Roger shares his experience when he went to africa for shooting a documentary. With no assistant, he was prepared to take only necessary equipments and worked only with the available light. He says it is necessary to make the best of what we have by just positioning our camera which is the only way to produce quality documentary films.

5 Good scenes can also be shot without focus marks

We usually use focus marks to have a perfect spatial balance during shoot and it is important in cinematography but not necessary. Roger shared one of his experience where he and his assistant almost never used focus marks for actors in a particular scene and he suggest young filmmakers to use focus marks only when it is required in order to get less formal and more spontaneous output from artists. He also adds that whenever they use marks, it is for the lens position and not for the actors so that we can get natural performance recorded.

6 Have your own style to become successful

Discovering our own style in cinematography is the best way to become a prominent filmmaker like Roger Deakins. Explore cinematography and identify the way of work that suits you so that you can work comfortably rather than watching someone and learn. Roger says he never followed the work of other cinematographers. He worked on a documentary of Doug slocombe and that was the closest he has ever observed the work of another filmmaker. He says one should not be influenced by other's work, instead they should find their own style.

Roger gives a lot of advice through his personal experience on how to bring out the film making talents from within. They are simple but very useful for the future film makers.