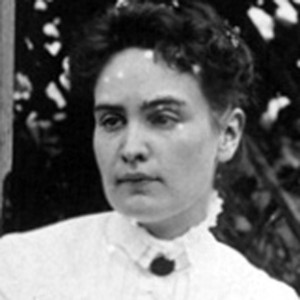 The first person on our list is Johanna Mansfield Sullivan Macy, more popularly known as Annie Sullivan. While there are undoubtedly many names that deserve to be here, Annie Sullivan deserves special mention. We need look no further than her work with the famous Helen Keller and her success in changing Helen from someone who knew over 60 signs to communicate to someone who had learned almost six hundred words, the Braille system and some multiplication tables within six months.

Annie herself didn’t have the best start in life. She was the daughter of poor Irish immigrants and had contracted a bacterial eye infection in childhood which left her almost completely blind. She eventually studied at the Perkins School for the Blind in Boston, an institute where her famous protégé would also go to study later. Fresh out of the school, she was hired by the Kellers to be governess to their blind and deaf daughter. Annie tried teaching Helen that words were associated with objects and finally achieved a breakthrough when she put Helen’s hand under running water and spelling out the word w-a-t-e-r into Helen’s other hand. There was no holding back Helen after this momentous discovery and Annie remained her companion and friend from then on until Annie’s death on October 20, 1956. She was the first woman whose ashes were interred in the National Cathedral in Washington D.C., a fitting recognition of her contribution not just to Keller but to education for the visual and hearing impaired. 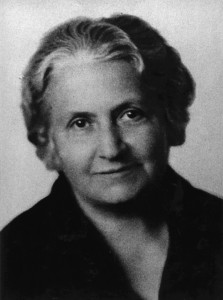 Her last name is enough to bring a light of recognition into most eyes. The Montessori Method is widely practiced around the world and acknowledged for its efficacy. It changed the way education for the youngest minds was viewed throughout, not surprising given that its originator herself had raised more than a few eyebrows over her personal ambitions at a time and in a place where women weren’t supposed to have any personal ambitions.

Maria Tecla Artemisia Montessori was born on August 31, 1870 in Chiaravalle, Italy to Alessandro Montessori and Renilde Stoppani. She started her early education in Rome and then moved to Regio Istituto Tecnico Leonardo da Vinci at 16, where she studied Italian, geography, history, mathematics, geometrics and ornate drawing, zoology, botany, chemistry, physics and a couple of foreign languages. Although she initially aspired to be an engineer, she changed her mind later and studied to become a doctor – a pursuit that was not made easy by the fact that she was the only woman in a class full of men and was, in fact, Italy’s first woman physician. She started out working with children who suffered from different forms of mental disabilities and continued doing this in one way or another from 1896 to 1906. In 1906, she established the first Casa dei Bambini (Children’s House) where she applied the methods she had been using with her earlier charges to the ‘normal’ children. Her success was remarkable and before long the Montessori Method had spread throughout not just Italy but the rest of the world too. Her belief was that children can teach themselves and that a teacher’s job is to facilitate that learning by providing an atmosphere conducive to such learning and allow the children to grow and develop naturally. She moved away from the methods that had been accepted until then – namely, children made to sit in neat rows and lectured at. Her method spread throughout the world and she was nominated for the Nobel Peace Award thrice. She passed away on May 6, 1952 aged 81 and was survived by her son Mario Montessori and a legacy in education that continues to this day. 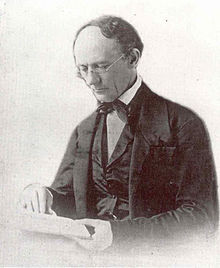 William Holmes McGuffey is almost synonymous with that most basic of educational skills – reading. It is no exaggeration to say that he revolutionized how reading was taught not only in America, but in the rest of the English speaking world. His readers were so popular that they were used for one hundred and thirty years and sold one hundred and twenty two million copies – almost comparable to the Bible and Webster’s Dictionary.

McGuffey, who was born on September 23, 1800 in Pennsylvania, was a very good student. By the age of fourteen he had started teaching others himself and when he graduated from the Washington College, he became a roving teacher, taking classes across different states for students whose parents were willing to pay as long as they could. During these travels, he realized a glaring inadequacy when it came to imparting reading skills to little children – there was no standard method. In fact, in most cases the Bible was the book used to teach children how to read.

He was appointed as the Professor of Languages at Miami University in 1826. Here he put into practice different and unorthodox methods of teaching languages, methods that were admired by his colleagues and peers. Eventually, he was approached by the publisher Truman and Smith to write readers. He created these readers and thereby a pattern that is followed to this day. They started by teaching the alphabets and the sounds or phonics and then moved to simple sentences, eventually progressing to poems and stories. Instead of teaching vocabulary lists to students, these readers used the words in context. The stories were followed by questions and other activities designed to make the students interact with the readers.

McGuffey died in 1873 and his readers declined in importance after 1960. However, no one can deny that they completely changed the way children learned how to read or that their influence can be felt in the way reading material for educational purposes is designed. 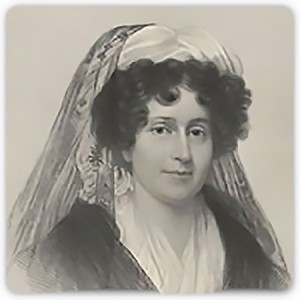 Emma Willard was a lady very much ahead of her time. In a time when women’s liberation wasn’t even a term or a germ of an idea, she put forth a belief that began the process that would allow women to be educated not only in schools but also in universities.

Born Emma Hart in Connecticut on February 23, 1787, she was a farmer’s daughter. Her father was very unusual for those times in that he encouraged all his children to think for themselves and encouraged Emma’s love of learning. She was included in discussions that covered topics such as philosophy, mathematics and politics – topics that had always been considered the province of men. She began teaching at the age of 17 and even took charge of the academy by the time she turned 19.

However, this and subsequent teaching stints left her feeling dissatisfied as to the quality of education that was provided to girls. She believed that girls should also be allowed a higher education in subjects such as philosophy and mathematics. For some time, she faced opposition from legislators who believed that higher education for women was against the will of God. However, she eventually got her way and started the Troy Female Seminary, the first institution that offered higher education for women. The Seminary taught subjects such as science, mathematics, history and geography among many others. The popularity of the institute could be seen in the fact that, in those times, three hundred students had enrolled by 1831.

Although she handed over the Seminary to her son and daughter-in-law, she didn’t give up on her dream of women’s education. She travelled through Europe and the States lecturing on the subject and even wrote many textbooks on the subjects taught at her Seminary. She died on April 15, 1870 but left such a lasting legacy that today higher education for women is not even blinked at.