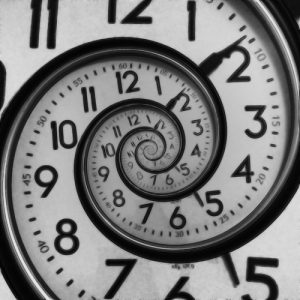 What a difference a year makes!

This time last year we likely considered ourselves more progressive than any other time throughout history. 2017 started with a whirlwind election. For people like myself, it feels like we got sucked into a time warp and sent back into the middle ages.

Well, it might not be all that bad, but it is pretty close. At least, in my opinion, it is. You see, I cannot come to grips with the reality of the current humanitarian situation around the globe. And, I am not alone. Thousands of people around the world are feeling the effects of what Freud referred to as narcissistic withdrawal.  Simply put, instead of trying to build relationships we create walls in order to withdraw from them. When people do this, only those they deem worthy will ever become part of their inner circles. In this social situation, there is little room for dissent, individuality or progressive views. It’s narcissism at its finest!

Recent events have led many people to have an unhealthy obsession with xenophobia. This terrifies me.

If we continue on this path I believe that humanity may suffer grave consequences. We need a variety of views, knowledge, opinions and theories from all kinds of people in order to move forward. Creating borders will only slow down the progression, but it won’t likely stop it. Progression and migration will happen regardless. This has been the way it has been for over two thousand years. It is somewhat narcissistic to think that you can change nature.

Don’t go all fake news on me yet!

“Knowledge is power, and for good reason. Ignorance can be dangerous. People who have knowledge are usually the ones in powerful positions. That is because we have a tendency to trust people with power. Regardless if that trust is justified or not. Knowledge shouldn’t be put in the hands of anyone who intends (or seems to want) to do harm with it. As a life coach, my goal is to share my experience so that others can learn from it. My approach is to guide people to find their own way, not dictate how it should be. I find the current global situation alarming because it seems like the knowledge we entrusted to the powerful is being used to instill fear into the masses,” says Marie Maple a life coach expert on KiniChat.com.

Humans, being the social creatures we are, we need to feel like we are part of something bigger. We have to be accepted into social groups, even if that means putting our own morality aside. If one person in a powerful position claims that something is harmful, we start to believe it. Before long, we are finding facts to support these claims even if we don’t agree or they make sense. It’s a kind of social psychosis and we are right on the cruxes of it. It won’t take much for the world to swing either way depending on what major event happens next.

“If the facts don’t fit the theory, change the facts,” – Einstein.”

The same thing can be said for morality. We fit the facts to support the claim. There is no better example of how our morals and beliefs can change in an instant than the 2016 US Presidential election. It was so “misguided,” and full of “alternative facts,” that it divided Americans into two very distinct social groups. I will not get into the politics of this. Suffice to say, I have no doubt that the next few years will see an increase in the withdrawal of social relationships.

But, knowledge is only one part of the equation. Empathy and environmental factors play a key role in how we decide what team we are on.

It is difficult to feel empathy for others when your life is not going well. We blame others to come to terms with our own failures. Why? Because it is easier to find fault in the stars than to admit that we are the ones who need to change.

“Change is easier than most people think, but it needs proper guidance. Many people do not have access to that, so they simply follow the most popular person in the crowd. That does not mean he or she is the right person for the job, ” says Maple.

I agree. But, I am not so sure any of the current leaders are capable of this. So where does that leave us? Constantly searching for answers from the media. And yet, some say even they are leading us down the wrong path. It will be interesting to see where we go from here.  For now, I just want to get off this merry go round and get back to where we were last year.