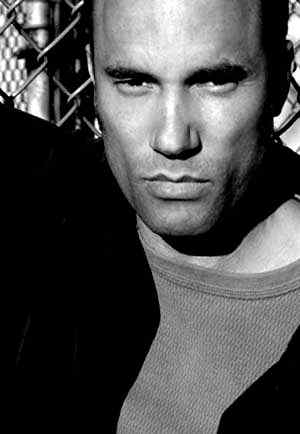 Roger Guenveur Smith is an actor, writer, and director whose work has been internationally acclaimed.

He created and performed the Obie Award-winning  A HUEY P. NEWTON STORY and adapted it into a  Peabody Award-winning telefilm, directed by his longtime colleague, Spike Lee.

For Mr. Lee’s Oscar-nominated DO THE RIGHT THING,  Mr. Smith created the stuttering hero Smiley, one  of many in a gallery of memorable characters for the
stage and screen.

Roger’s most recent work includes a new solo, THE WATTS TOWERS PROJECT, and the Spalding Gray retrospective LEFTOVER STORIES TO TELL, both cited among the best of 2006 by the Los Angeles Times; and WHO KILLED BOB MARLEY? which inaugurated Harlem’s new GatehouseTheater.

LA Weekly Theater Awards 2007
Revival Production of the Year: “Inside The Creole Mafia”