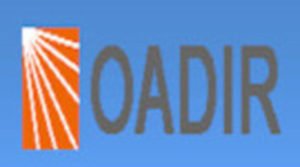 Active from 2005 until 2011, The Religious Anti-Defamation Observatory – Observatorio Antidifamación Religiosa (OADIR) – was a non-profit entity registered in the National Registry of Associations under the Ministry of Interior with No. 589170.

On May 9, 2007 we met a group of university professors in order to curb so much derision and so much mockery that we, Catholics, suffer in Spain when there is a free offense of religious feelings.

That offense is contemplated in art. 525 of the Criminal Code, but the public authorities, for reasons that we fail to understand, have never intervened.

Before the inaction of the State, civil society has taken the initiative and has been at the forefront of this struggle for respect for our religious feelings, which will undoubtedly result in a more peaceful coexistence and greater achievement of the common good.

In addition to the founding members, any person who sees that this is a just and necessary cause is part of this Association.

Inform and disseminate the continuous walk along with the reason for the Christian tradition, its contributions to the rational process of knowledge, the process of legal political rationalization and socio-economic spheres, and the civil, historical and cultural significance of Christian values.

Deepen the study of the cultural contributions of Christianity.

Promote the valuable recognition of the Catholic cultural and religious heritage and avoid monopoly by the political institutions of the configuration of the personal convictions of the citizens.

Promote the defense of a legal framework that offers real possibilities for the religious freedom of Catholics to be respected and effectively guaranteed in their exercises.

Promote the contributions of Catholics to the construction of the common good and avoid a secularized superuniversalization of the world that questions the right of Catholic citizens to make their contributions, even in religious language, to public discussion.

Promote the protection of Catholic youth and children.

The protection and defense against abusive proselytism over people in situations of weakness, need, or certain dependence without respect due to their thinking, beliefs, conscience or moral integrity, declared Catholic.

The protection and defense against strategies of information intoxication, disinformation, techniques of debasement and manipulation that affect the Catholic faith, the Church or its members.

Our goal is to claim the right to propose the Gospel to Spanish society and denounce the hypocrisy of a society that demands the greatest tolerance for the thought contrary to the culture of life while trying to circumvent, ridicule, hide, or even destroy the Christian Message. Thus, we ask for a serious and profound reflection on the role of the Church, in its institution and its members in society and that it be respected as an essential force for the construction of the 21st century Spanish society. Only in this way can we enjoy a genuinely tolerant society, based on deep knowledge, mutual respect, and peaceful coexistence – without seeking easy provocations or free offenses.

Being always faithful to the Doctrine of the Church we will defend the space that corresponds to us to occupy the Catholics in their own right in social life and we will develop our action in three fields: that of intellectual, media and judicial reflection.