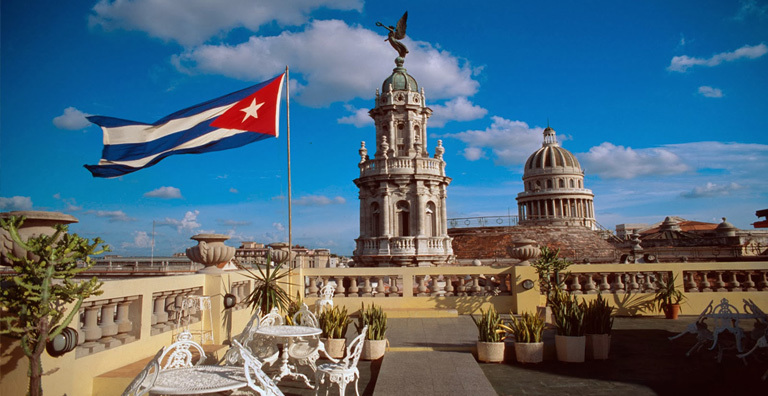 The post-Castro era is here and everyone is wondering what is in store for Cuba. The country has been struggling financially for the past two decades. The U.S embargo was a significant contributor to this harsh reality, and it still is. There is also the fact that the country has challenges with international relations since most potential investors have had to approach its government with caution. However, Cuba is a beautiful country with beautiful hardworking people. Despite the challenges it has been facing, there is a ray of hope, especially considering some recent events that have taken place in the country. It is not an easy journey, but with the right mindset and moves, Cuba can recover and surprise the world.

Cuba has a steep climb to a growing economy. To begin with, a recent post from brooking.edu indicates that the country has a fiscal deficit beyond 12% coupled with a trade deficit that cannot be ignored, which is partially an effect of the current Venezuela crisis. Furthermore, its dual currency system presents a challenge of its own. Most countries have a challenge with just a mono-currency system, but Cuba has two currencies. It makes it difficult for its currencies to gain value. There is also the U.S embargo that was meant to undermine the Castro regime. It was a move that seemed right at the time it was introduced, but rather, it adversely affected the country’s economy and gave it an excuse for not performing well in that sector. Moreover, the country also has to deal with investment barriers, particularly when it comes to international relations. I have already mentioned the U.S embargo; other hindrances of this nature include bureaucratic restrictions, constraints on eligibility for foreign direct investment, and non-involvement with international financial institutions. These investment barriers have discouraged investors who could make the most difference for the country’s economy. These are just some of the challenges that Cuba has been dealing with. However, the country seems to know the position it is in and has taken some measures to alter its fate.

Cuba, in 2015, settled a significant percentage of its official debt subsequent to coming to an understanding with assorted debtors like Russia, China, and Mexico. Furthermore, Cuba’s relationship with China is perhaps its superpower when it comes to international relations. It is difficult for most countries to establish a business relationship with Cuba due to the Cuban way of doing things. Getting the attention of Cuban government officials takes time and any country that wants to do business with the country has to first understand its sovereign filter, and figure out how to go around it. Nevertheless, Cuba has maintained a working relationship with China owing to the fact that it is the only country that still gives them credit when other lenders won’t. Furthermore, China is a leader in green technology, and this is a good thing for Cuba considering its current economic status. One of the chances Cuba has in boosting its economy in the coming years is investing in sustainable development. The Cuba – China relationship is vital in this regard. A recent article in the Periódico Cubano indicated that the Cuban government has given business licenses to more than 500, 000 entrepreneurs and around 500 cooperatives. This has created more opportunities for employment for Cubans; hence, increasing individual income and government savings. Ultimately, Cuba’s best move and hope in terms of its economy is its current president, Miguel Diaz, who, according to a recent post by The Guardian, has vowed to steer the country on a different direction by modernizing its economy and shunning capitalism for good.

Cuba is dealing with many fiscal constraints but there is hope for the country. It has the move to increase access to financing such that interested investors can invest in the country. Its government has to be more flexible and welcoming such that potential investors will not shy away. This will facilitate peer-to-peer relationships and partnerships with countries that can significantly help the country to enhance its economy. One of the countries that will be very beneficial in this regard is the U.S.A. Tourism in Cuba skyrocketed in 2017, and most of the tourists were from the U.S.A. Establishing a functional relationship with the U.S. such that the embargo can be uplifted completely would prove to be beneficial for the country. However, the U.S is not the only country that can help; what Cuba needs is a functional relationship with countries similar to the U.S. It also has the option to acquire more knowledge and advice from other leading countries to facilitate sustainable development. Actually, the country is already doing this through its NGOs and RISDoC (Research Initiative for the Sustainable Development of Cuba). A sign that the country is already making the right moves to boost its economy. Furthermore, sustainable development is a priority for the country. It is one of the main things that will not only enable the country to have a steadily developing economy but also attract investors.

What do you think? will Cuba have economic growth in the years to come?