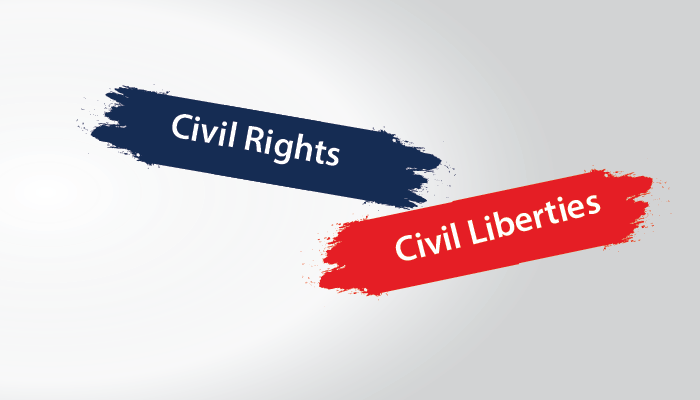 Civil liberties are the basic freedoms and constitutional rights of a person. Their purpose is to protect each person from an autocratic government or its transgression against his or her rights. Civil liberties are enjoyed by all.

On the other hand, civil rights are the basic rights of each person to be free from discrimination or unfair treatment based on age, race, gender, religion, sexual orientation, and disability. Its backbone is the principle of a democratic government; it aims to represent each and every person without discrimination. These rights have the intention to protect everyone, especially the “minorities,” or groups who are likely to face discrimination. 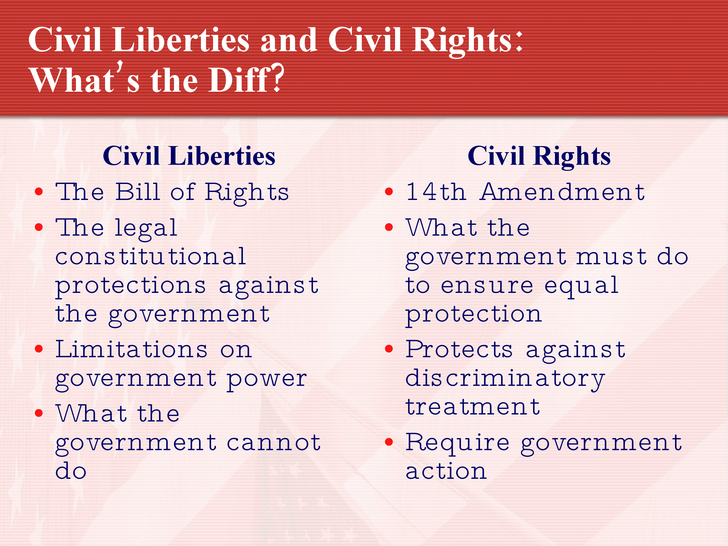 The difference between civil liberties and civil rights lies in their nature, origin, and the intentions which they were founded upon. Let us discuss these in detail and see a few examples below.

Civil liberties are the basic constitutional rights of all individuals from an overbearing government. On the other hand, civil rights are the positive actions that the government should take to protect the basic rights of all individuals from discrimination based on age, sex, religion, race, gender, disability, and sexual orientation. Civil rights ensure that the peoples’ life, safety, and physical and mental welfare are protected.

The beginning of civil liberties originated somewhat from the Magna Carta, which is a historical code of liberty and political rights acquired from King John of England in 1215. When the United States of America finally gained independence, every state petitioned for individual freedoms to be permitted by the new Federal Government. During this time, the Bill of Rights was added to the constitution.

Civil rights were established many years after, around when the U.S Civil war ended. The concept of civil rights symbolizes the sufferings and struggles of the African-American slaves who gained their freedom when the war ended.

Civil liberties were instituted based on the first ten amendments of the United States Constitution (Bill of Rights) and partly on the 14th Amendment, specifically the “Due Process Clause” and “Privileges or Immunities Clause.” Some liberties have also been interpreted by the law from the decisions made by the Supreme Court and lower federal courts.

Similar to civil liberties, civil rights were taken from the 14th Amendment, but specifically from the “Equal Protection” clause. Civil rights may also be instituted by the laws created by Congress.

The following are examples of civil liberties:

A few examples of civil rights can be taken from the implementation of the following laws: