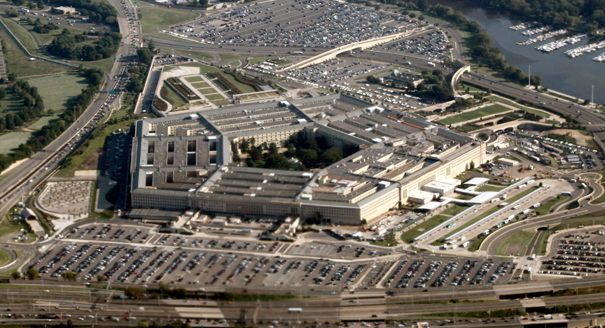 After a scathing Pentagon report in September 2013, it was clearly evident that the Navy needed to revamp its security access control systems. Goodbye, Rapidgate. Hello to Intellicheck Mobilisa and a range of other credentialing tools designed to help military personnel, such as the U.S. Identification Manual.

Standard and secure identification credentials have been required for accessing all government facilities since 2004 under HSPD-12. Through the old system for gaining clearance to naval installations, Rapidgate, individuals could type their information into an ATM-style machine and receive temporary access ahead of background checks. When cursory public records checks did occur, as the Pentagon report noted, they sometimes failed to identify felony convictions.

As the Center for Public Integrity noted, at least 52 convicted felons got unsupervised military base access through Rapidgate, some for more than a year, placing military members, their families and others at increased security risk. And on September 16, a contractor with a troubled personal history shot and killed 12 people at Washington Navy Yard before police killed him.

The overview of the Pentagon report– which came in the wake of a June 2012 tip by a whistleblower- noted:

“We recommend CNIC replace Rapidgate with a system that uses the mandatory databases and revise CNIC policy and guidance to align with Federal and DoD credentialing requirements. Furthermore, we recommend CNIC establish a process to identify and provide commanders with resources and capabilities to access required authoritative databases.”

To this end, one option allegedly being explored by the Navy is a transitioning to a high-end barcode scanner, Intellicheck Mobilisa, which scans and compares information with more than 100 databases. The new system can immediately tell if an ID is fake, lost or stolen. It can also show if the ID holder has outstanding wants and warrants or has been previously cleared for base access.

One person who handles badging operations with Intellicheck Mobilisa at a military base said that she also uses the U.S. Identification Manual. She said she goes to the identification manual when information on a barcode isn’t matching up to what she’s seeing or when something else doesn’t seem right (Source: U.S. identification manual from Drivers License Guide).

The identification manual is a 700-page desk reference, offered in a loose leaf, seven-ring binder. It comes with 500 color images and is divided into five sections: state identification, federal identification; vehicle registration; commercial documents; and a directory. It can be shared by a variety of government personnel and is updated multiple times per year.

All in all, the new tools look to offer more benefits than Rapidgate, which the Center for Public Integrity noted may have received its position in the marketplace through political favors and other questionable business practices.

“This program wasted money, allowed dozens of felons access to installations they should never have had, and utterly lacked competent oversight,” Sen. Claire McCaskill said in a written statement. “It’s clear that its existence constitutes an unnecessary danger to the Navy and its personnel.”

Hopefully, the new tools the Navy is putting in place will never inspire such rhetoric.

Dana Lander writes on a variety of fraud prevention issues, and used several sources including nextgov.com in the development of this article. Feel free to connect with her over at Google+.