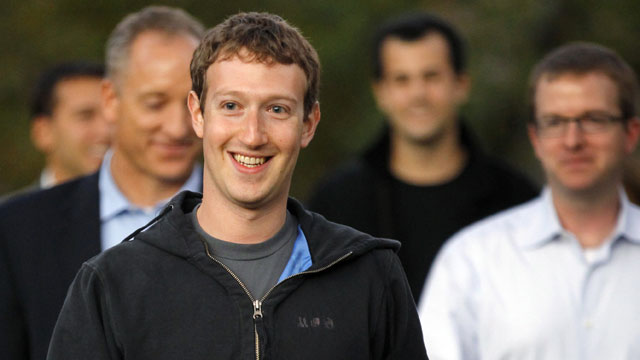 It is generally accepted as an inescapable truth that money and politics go hand-in-hand, especially in the current era of the Super Political Action Committee (Super PAC). A Super PAC, for those of you who didn't follow Stephen Colbert's "Americans for a Better Tomorrow, Tomorrow," is a means by which corporations and individuals can make anonymous, unlimited monetary contributions to promote a political agenda. This is done by creating a 501(c)(4) nonprofit shell corporation that can receive funds that have been donated anonymously. The shell corporation can then funnel these donated funds to political action committees that are set up as Limited Liability Companies (LLCs), which in turn use the donated funds to indirectly support or oppose a political candidate, a piece of legislation, or a political policy.

This campaign spending loophole is relatively new, gaining traction after the Supreme Court opened the can of worms we now know as Citizens United back in 2010, which essentially granted equal rights of political speech to corporations as though they were individuals. That court decision opened the campaign spending floodgates, and now the mega-wealthy are anonymously funneling millions of dollars into the war chests of political groups from the right, left, and center. Billionaires like the Koch brothers have become infamous for funding Super PACs and conservative think tanks that act to influence the direction of US policy.

The latest billionaire using his fortune to influence American politics is none other than Facebook's founder Mark Zuckerberg.

Teaming up with other giants of the tech industry, including Bill Gates, LinkedIn co-founder Reid Hoffman, Microsoft CEO Steve Ballmer, and Sean Parker of Napster and Facebook fame, Zuckerberg has established FWD.us, a 501(c)(4) Super PAC whose stated mission is to bring about meaningful immigration reform.

To the casual observer, the intent of FWD.us doesn't appear malicious, depending on your stance towards immigration. However, the first round of FWD.us-funded advertisements illustrate that when it comes to accomplishing this Super PAC's mission of immigration reform, the ends justify the means.

FWD.us has two major subsidiaries that use the anonymous contributions to indirectly support candidates on opposite ends of the political spectrum. The more moderate-to-left-wing group is called the Council for American Job Growth, which ran an ad supporting Senator Mark Begich, D-Alaska, for considering opening up the Alaskan National Wildlife Refuge (ANWR) to oil drilling.

Americans for a Conservative Direction is the right-wing arm of FWD.us, and they threw their monetary weight behind Senator Lindsey Graham, R-South Carolina, praising him for his support of the controversial Keystone XL pipeline extension, which would pipe tar sands oil from Alberta, Canada, to the Texas Gulf Coast. These senators' affinity for creating oil industry jobs has nothing do with immigration, and FWD.us's advertisements for them don't even mention immigration reform.

Zuckerberg and Co. are pulling some "House of Cards" tricks by manipulating fans of Keystone XL and ANWR drilling into supporting these politicians so that when the time comes to push through immigration reform legislation, FWD.us will essentially own the senators' votes.

So, why are billionaires like Bill Gates and Mark Zuckerberg dirtying themselves in oil-soaked politics, all in the name of immigration reform?

This isn't charity work by any means. What these Silicon Valley giants have to gain is a more talented work pool of immigrants that possess the science and math skills that many Americans lack today. The goal is to get more visas for workers with specialized skills, many of whom will be paid less than non-immigrant employees.

Silicon Valley could have focused on education reform in order to ensure that they will have a very talented pool of domestic employees, but instead they're essentially outsourcing some of our most skilled jobs and concurrently devaluing the cost of that labor. Zuckerberg himself has talked about the need to develop the "knowledge economy" for this new century and to eschew the old economy based on natural resources, but this attempt at manipulating public opinion has placed his actions in direct contradiction to his proposed shift away from the dirty fossil fuel economy represented by Keystone XL.

Kyle Martin is an environmental blogger with a degree in Environmental Studies from UC Santa Barbara. He writes for Gizmogul.com, a cell phone and electronics recycling site.