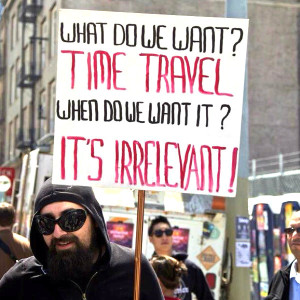 It’s a truism in politics that the older you are, the more likely it is that you will vote. For the youngest voters (those in the 18-30 category), levels of disengagement are much higher than among their older peers. Over half of those polled in this age group couldn’t name their local MP, and the Press Association’s recent findings showed that around 12.5% of 18-30 year olds had already decided not to vote. It seems that, sadly, politicians are doing very little to engage these younger voters, and they are instead spending their precious campaign funds on encouraging the more mature voting public to cast their votes favourably.

The recent debacle over TV debates (which parties to include, which to exclude, the PM then unable to make it, and the BBC threatening to empty-chair him) has only made the matter worse, as it has fuelled popular belief that politicians merely squabble rather than making a decision and sticking with it, and working to run the country. As polls have shown that younger voters are more likely to be swayed by TV debates than the older tranche of the population, it seems that David Cameron may be missing a trick when it comes to engaging those elusive younger Tory votes.

According to a recent article on Digital Spy, one in three 18-34 year olds has apparently been persuaded to change their political allegiance based on something they’ve read on social media. Twitter also claims that 45% of users in the 18-34 age bracket have become more politically engaged through use of the microblogging service- information which Cameron and the other politicians should listen to carefully. Because voter apathy and general disengagement with the whole political process is actually the biggest challenge that politicians face, they would do well to find new ways to talk to the electorate and share information: otherwise the risk is that sites such as Twitter will be used to further undermine their credibility.

London PR agency Broadgate Mainland Director Roddi Vaughan-Thomas: “With most communications from the parties specifically aimed at middle England and older people young voters are marginalised and the non-politically motivated are the most disengaged. Recent Press Association research suggested that more than one in eight 18-30 year olds have already decided not to vote and 56.5% don't know who their local MP is. Looks like the damage has been done and the parties are correct to address their communications elsewhere.”

And the problem still seems to be that â€˜digital' misunderstood. As Martha Lane Fox, the UK's Digital Tzar suggests, bringing an iPad with you to the House of Commons does not a digital practitioner make! It's not only the 10 tweets you make each day that is what's important to understand about how the world is changing. And more than anything else is that it's what you can get out of social media than what you put in that is so important to the powers that be. When was the last time you saw a local political representative trying to bring your small community together with the help of digital rather than because of it. There's clearly a long way to go.

According to a recent article in The Guardian, young people aged 18-24 are the most trusting of social media, with older voters still more likely to trust print sources. While more sophisticated use of Twitter is unlikely to win an election on its own, what these studies do suggest is that an increased use of social media may be the way to younger voters’ hearts. When it comes to real political engagement, all the high-profile parties have a long way to go.