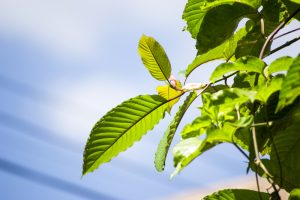 According to a 60 Minutes investigation, Trump has nominated the opiate pharmaceutical companies’ perfect man to be Drugs Czar for addiction rates to rocket.

The DEA asylum is taken over by the inmates. Can kratom help resolve this?

Corruption is something people associate with small Third World countries. Sadly, wherever there is major money to be made, almost any country can be corrupted, even the United States. A CBS 60 Minutes investigation suggests that the Drugs Enforcement Administration (DEA) has been corrupted by the very organisations that are causing its greatest problems – the pharmaceutical companies selling opioid medication. Meanwhile, in October last year the DEA backed down on banning a herb that is used as a home remedy for opiate addiction, kratom. Is this a message to the unwary public: ‘You’re on your own but you can use kratom to save yourself…’?

Last week the investigative journalism TV series 60 Minutes on CBS ran a story that shows corruption seeping into the very top of the US government. A recently fired investigations supervisor at the DEA, Joe Rannazzisi told the programme, “This is an industry that allowed millions and millions of drugs to go into bad pharmacies and doctors’ offices, that distributed them out to people who had no legitimate need for those drugs. BILL WHITAKER: Who are these distributors? JOE RANNAZZISI: The three largest distributors are Cardinal Health, McKesson, and AmerisourceBergen. They control probably 85 or 90 percent of the drugs going downstream.”

Just before President Obama finished his term in the White House, a new Bill was signed by him into law that basically tied the DEA up and prevented it from going after the very worst offenders. Usually there is a big fanfare about a President signing laws, but this was kept low key as Obama evidently knew what this would mean for the US public – he was condoning the worst excesses of rampant pharmaceutical companies for whom opiate addicts were merely regular customers.

Congressman Tom Marino, lobbied hard by pharmaceutical companies, introduced the bill to Congress that was billed as a way of ensuring that every patient would get the medication that they needed. CBS reported what this actually meant, “Jonathan Novak, who worked in the DEA’s legal office, says what the bill really did was strip the agency of its ability to immediately freeze suspicious shipments of prescription narcotics to keep drugs off U.S. streets — what the DEA calls diversion.”

While Congressmen being lobbied to do unethical things is as old as the Capitol itself, this took a turn into farce when Marino firstly played a role in Rannazzisi being marginalised and forced to resign and then was nominated by the incoming Trump administration to be the President’s Drugs Czar. The pharmaceutical distributors couldn’t have selected a better man themselves.

After the scandal broke, there was no attempts to rebut the allegations made by the journalists. CBS reported, “CBS News’ Paula Reid reports the Justice Department, which overseas the DEA, does not dispute any of the “60 Minutes” reporting. It says the drug crisis is a top priority for the Trump administration.”

The same report showed, “The DEA says it has taken actions against far fewer opioid distributors under a new law. A Justice Department memo shows 65 doctors, pharmacies and drug companies received suspension orders in 2011. Only six of them have gotten them this year.”

In short, while not disputing the fact that the country’s top drug dealer had been made the chief enforcer of drugs laws, the DEA have held up their hands and said that “Yes, we’re corrupt”.

In late 2016 there was news that the DEA would be giving a South East Asian herb called kratom ‘Schedule 1 status’, effectively banning it from research as a medicine as well as from users who had been using it for fun, as a pain medicine and most importantly, as a crutch to wean themselves of opiates.

The active alkaloids of the kratom bush are known as ‘opioid agonists’. The molecules bind to the same receptors as opiates do, yet are not themselves opiates. While tackling much of the pain that opiates do, kratom also kills off the discomfort and cravings associated with opiate withdrawal.

The DEA was trying to ban kratom as it gave people a buzz, albeit a similar buzz people get to that of coffee. One can only wonder how it would have reacted if opiates were first discovered 10 years ago – opiates would almost certainly be banned because people with cancer got very stoned as they were given the pain relief!

Learn more about where to buy kratom here.

In response to the news from the drugs enforcement agency, those using kratom and importantly around 600 scientists, responded to the national consultation. The DEA got more than 21,000 responses objecting to the banning of kratom. The DEA backed down from Scheduling a drug for the first time in its history.

This was extremely unusual given the renowned stubbornness and close-mindedness of the organisation. Millions have signed marijuana legalisation petitions and 29 states have legalised it as a medicine yet the DEA seems retrenched that cannabis has no medicinal value, flying in the face of science.

Core to the American Dream is freedom from interference in individuals’ lives by the government. It appears to be a message that is being sent to America’s three million pharmaceutical opiate addicts too. Could it be that the DEA, even before it was corrupted by the government, was sending a message to people? Kratom has proven medical benefits in withdrawing from opiates. Now the agency has been taken over by the very dealers it used to police, is it going to turn a blind eye to a home remedy for opiate addiction? At least from where we sit, this very much appears to be the case.