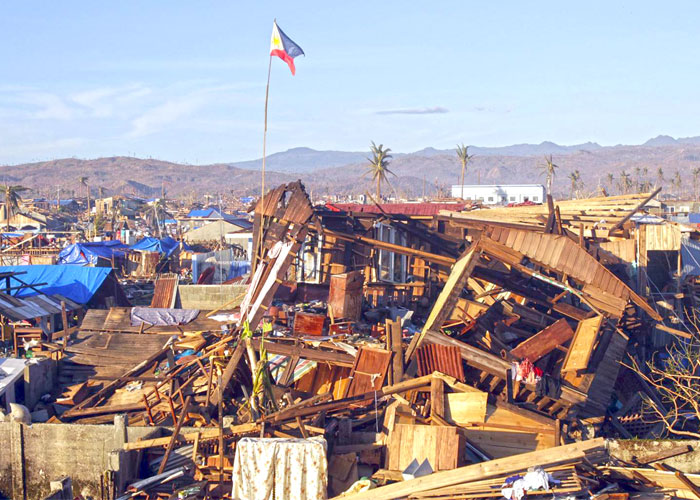 For those who have never experienced a storm in their entire lives, they will never know the paralyzing fear of victims when their safety is hanging by a thin thread and their lives could be lost at any minute or second. Such must be the turmoil of those who lived to survive super typhoon Haiyan, one of the strongest storms ever recorded in history and the biggest one to hit this year. All eyes were on typhoon Haiyan, tracking its progress as it made landfall in Central Philippines on November 8, 2013. The global attention was understandable and justified when Haiyan whipped through the Asian country leaving death and devastation in its wake. In the aftermath, survivors were left reeling from the loss, not only of their homes but also of their family and friends.

Was Unpreparedness a Factor?

You know something is a big deal when the biggest news anchors from all the world would choose to cover the topic of tropical storm Haiyan. It was predicted to be the worst typhoon ever and so people scrambled to prepare. Whatever preparations done were woefully inadequate as they never imagined that a storm of such magnitude would sweep through the towns and wipe out practically everything in its path. If it were some other country, it's possible that the people there too would be unprepared. As some local Philippine official once said, "how can you prepare for a storm of that magnitude?"

Politics in the Midst of Tragedy

When Typhoon Haiyan left, international aid was quick to mobilize teams to help in search and rescue operations as well as in sending relief goods. Many countries sent help through financial aid. Days after the tragedy occurred, however, it was reported that relief goods were slow to reach the citizens of Tacloban, one of the cities that have been majorly devastated by typhoon Haiyan. Power was still out and bodies still littered the streets as local officials were slow to move, perhaps due to lack of organization and in part due to politics. Many private organizations including international ones, have at some point clashed with local heads in the distribution of relief goods. CNN anchor Anderson Cooper reported live from the Philippines Monday after the storm had passed, giving viewers an up close and personal look at the ravages left behind by Haiyan. He criticised the government's slow response to the disaster, fueling online discussions that had netizens taking sides.

In the days preceding the arrival of tropical storm Haiyan, the president of the Philippines, Benigno Aquino III, ordered officials to make preparations so that a "zero-casualty" event would be ensured. As it turned out, Haiyan was worst than expected, triggering massive storm surges that swept through Tacloban, obliterating houses and other property, floods sweeping people away from safety. When the Philippine president was interviewed a few days after the disaster had struck, he tried to downplay the death toll, giving only an estimate of 2,000-2,500. As of November 26 morning, the number of deaths caused by Typhoon Haiyan has reached 5,240, and this is excluding the 1,613 people that remain missing. Most of casualties came from Tacloban and its surrounding areas. With a calamity of such a huge scale like Haiyan, "zero-casualty" is an admirable goal but impossible in the light of the unpredictable circumstances brought about by the storm.

Finding Hope After the Storm

When a killer quake hit Japan in March of 2011, which triggered a ferocious tsunami, the world wondered how the Japanese would continue on. But strive on they did. The Filipino people also struggled to pick up the pieces of their lives, trying to find a way to move on after the storm. Amidst the tragedy, tales of survival have surfaced bringing much hope and inspiration in the face of such misery. There was a story about a army officer who wondered why he survived when his men didn't. He found his answer when he plucked a little boy out of the water and prevented him from drowning. There are countless other stories of families from all over the world trying to locate their missing kin or good friends and it's heartwarming when they do.

American multinational telecommunications company AT&T offered their own form of aid by providing free calls to the Philippines for those who might want to contact their family there. Mobile application Viber followed suit and launched its own series of free calls. For clearer communication lines, it would reassuring if video conferencing systems were used so that families can be ensured that their relatives are safe and sound.

Rising Up After Tragedy

Anderson Cooper has commented on the strength of the Filipino people, calling it extraordinary. It is this very strength that has allowed them to gradually pick up the pieces of their lives and reach out to others, even if they themselves have suffered as victims of Haiyan. This is a testament to the strength of the human spirit and the willingness to rise even after tragedy.