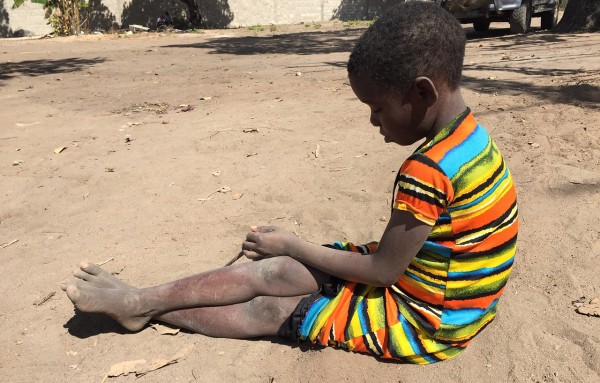 When it comes to hard places to live, Nigeria ranks near the top of many global lists. From corruption to crime, pollution to poor infrastructure, those hoping to rise beyond their poor upbringing face overwhelming obstacles.

Prophet TB Joshua used unimaginable focus to overcome the huge challenges facing the average Nigerian, but the level of his achievement is a tough act to follow for his fellow countryfolk.

What are the issues facing poor people in Nigeria, so that we can face them head on? This article will lay them out on the table for everyone to see.

Out of all the things plaguing Nigeria today, one of the biggest parachutes on the backs of the poor is undoubtedly systemic corruption.

From government officials taking untold amounts of money from corporations to police officers that selectively enforce the law depending on who is paying them, low levels of pay throughout Nigerian society ensure that things only work for those that can afford to properly bribe officials.

With this country ranking near the top of many global corruption surveys, this is a deeply entrenched problem that needs to be tackled before the government can ever work for the people.

Like anywhere else in the world, the first step that poor people take when it comes to attempting to pull themselves out of poverty is to find a job that offers a regular paycheck.

With the official unemployment rate running around 24% and youth unemployment running close to 80% according to the World Bank, there are a lot of desperate folk that cannot find work at any price, even for the most unskilled tasks.

Exacerbating this fact is that the oil industry flies in foreign employees to offshore rigs while native Nigerians wallow in abject poverty. Unsurprisingly, this has led to occasional unrest versus the companies that operate here.

This next point ties directly into the last one, as those that have an abundance of time on their hands and few economic prospects turn to crime out of necessity.

While many of these people attempt to target affluent individuals in Nigerian society, they often turn on the people they know best.

This creates a cycle of violence that only begets more violence, destabilizing communities. In recent years, this trend has taken a terrifying turn, as it has supplied plenty of recruits for ISIS-linked terror groups such as Boko Haram.

Involved in the bombing of markets and the notorious kidnapping of schoolgirls several years ago, they have increased the level of fear and paranoia in ordinary Nigerians.

With politicians too busy lining their pockets, it is no surprise that the essential infrastructure of this country is on the brink of falling apart.

With a power grid that produces random brownouts, roads pitted with potholes, railways that have a hard time keeping carriages on the tracks, and water that is of dubious quality, it is tough for the average person to get ahead.

The privileged have generators, four wheel drive vehicles, and water purifiers, while the poor have to cope with blackouts that leave them unable to ply their trade on the web, struggle to keep their ramshackle cars from falling apart in the middle of the street, and scrape to save for enough bottled water to get by (or gamble on what comes out of the tap).