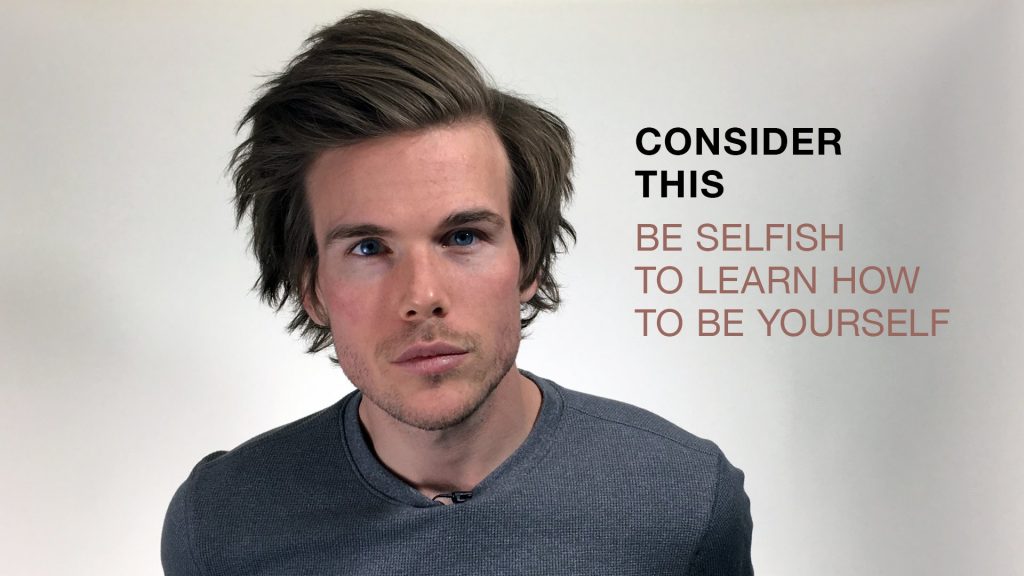 Selfishness is often viewed as a negative trait, this is far from the truth. What we people usually view as negative we tend to push it away to such a degree that it becomes mildly extreme. So instead of being selfish people have swung from the other end of the spectrum to being “too generous”. In Any personal development courses or even with what I’m doing which is Lifestyle development, selfishness is a key element! It’s no coincidence that the happiest people in the world are in fact selfish people.

Why? Because they went for what they wanted. Happy people are selfish people.

That doesn’t mean that they don’t share their wealth with others, on the contrary, the richest people in the world are those who give the most at charity events, what allowed them to do that? It’s the person’s selfish nature that put him on the path to achieve what he felt he deserved out of life. There are situations when being selfish will do you more harm than good. But there are also certain situations where being selfish is key in achieving your goals and separating yourself from “The Average Joe”.

Being selfish means you are number one. Your own opinion is the most important, you place yourself in higher regard than any other and you look out for yourself first and foremost. When looking at it in this way, being selfish really doesn’t sound that bad. It’s actually healthy and it makes sense.

I’ve never been the selfish kind of guy. All my life I’ve always been the team player rather than the selfish glory hunter. In sport or anything, it’s always been like that. It was not until I felt I was superior in some activity that my more selfish side came out. I realized that I did possess the ability to be selfish. Something I thought I wasn’t capable of because of my natural giving and sharing nature. But given the right circumstances, selfishness would show itself. It was this selfish nature who gave me confidence in myself and my abilities to perform at the level which was expected from me. Yeah, sometimes it was better to pass the ball than not. But other times I had to step up and shoot to win the game instead of looking for the pass.

I think one of the top reasons guys don’t get success with women or their careers, is that they are not being selfish enough. They rather want to be the good wingman and help their buddy get laid, they rather help their boss out than present their own ideas to the board.

They rather be number 2 than number one in their own life. I was like that. I rather wanted to see other people happy than myself which gave me a lot of cognitive dissonance for years. Because in one hand sure it’s great to help people and put others first from time to time, that just means you are a good guy. But there’s a fine line between good guy and being a bitch at life. You need to realize that you have to look out for yourself first before you can look out for others. When I finally realized it I just said “screw this I’ve had enough”, I come first and my happiness comes first. That helped me a lot and taught me to look out for myself and interests. If you don’t do that, no one else will.

You need to realize that you can become the hero of the story, you don’t need to be the sidekick. You just need to want it enough and take that role. No one is born to be the friend or the sidekick, everyone has the potential to become the main man. The question is do you want it badly enough? Being selfish will actually allow you to help more people more effectively. It sucks if you are saying yes to help anyone when you are not fully intent on doing so or don’t have the resources needed. That’s why it’s important for you to manage in which situations you say “yes or no”. That isn’t being selfish, that’s being honest and realistic.

Are you Batman or Robin?

Psychologists have identified two schemas which involve putting other people’s needs first.  It is possible to have both.

So what can you do if you always put other people’s need first?

Well, the first thing is to realize is that you can’t genuinely help anyone else unless you are first happy and content with yourself. If you won’t take care of yourself no one else will.  Men with self-sacrifice and subjugation schemas are often emotionally stretched and unable to meet the high standard they expect of themselves.

You really need to start paying attention to your own needs first.

Go for what you want. Don’t be afraid of how you will be perceived by others. They only envy you because they can’t do what you’re doing.

Once you achieved your goal you can share it with those you care about. But first, you must learn to be selfish and take what you want from life.

Macca is author at LeraBlog. The author's views are entirely their own and may not reflect the views and opinions of LeraBlog staff.