As men's rings and accessories continue to gain popularity, many men are wondering how they can incorporate jewelry into their daily wardrobe. For those who may be unsure if they can pull off the look of men's rings, rest assured - men's rings have had many famous wearers who make accessorizing effortless. Take a little inspiration from these four well-known films for fashionable men's rings ideas.

Lord of the Rings

Is there any movie that features men's rings more prominently than the Lord of the Rings trilogy? The main ring in question, of course, is the band known for being the "one ring to rule them all." Made by the Dark Lord Sauron, this ring holds power over all who come to possess it, often leaving chaos and murder in its wake, and necessitating the hobbit Frodo's quest to return it to the fire pit of Mount Doom to be destroyed.

The One Ring at first has an almost deceptively simple look - a plain yellow gold band. However, this ring would illuminate when held to fire, displaying a glowing Elvish inscription. Once illuminated, this iconic ring gives an instant impression of almost uncontrollable power. Given the popularity of the Lord of the Rings trilogy, it's unsurprising that the look of this very specific ring can be easily found online. For men's rings that have the Lord of the Rings look, simply search for a gold band with an Elvish or foreign looking script engraved on the exterior of the band. 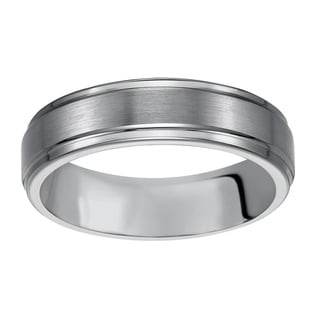 Any man concerned that wearing men's rings might look feminine needs only to refer to quintessential macho man Tony Montana in Scarface. This stylish and violent film by Brian De Palma follows the rise of refugee turned cartel kingpin Tony Montana to power in Miami during the early 1980s. Quickly becoming a cult classic, Scarface and its antihero Tony Montana have become synonymous with the archetypal and uncompromising tough guy.

To get this masculine look with a flashy twist, try an oversized gold ring accented with a chunky stone. While Tony Montana might opt for colorful stones like rubies or sapphires, a more versatile and contemporary choice would be a large onyx stone or raw agate slice.

Who hasn't imagined being a superhero (or at least having super powers)? While the beloved comic book Green Lantern's film iteration was less than popular at the box office and with critics, it did highlight our fascination with accessories that might hold a special power. Like Lord of the Rings, Green Lantern is a very men's rings-centric movie: hero Hal Jordan is specially chosen by the ring of Abin Sur to be his successor, earning his own power ring and status as a Green Lantern. 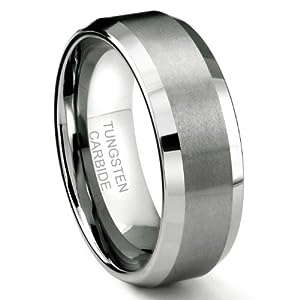 For a superhero look that can still fit in with your alter ego's wardrobe, try signet men's rings. Signet rings historically not only functioned as a kind of adornment, but as symbols of power and authority, as well as a means of validating one's identity. Ancient signet rings often featured a coat of arms or engraved gemstones. Many materials used as decorative accents in ancient signet rings can still be found in their modern successors, including agate and carnelian. Today signet rings can be worn to display some sort of membership or milestone (like graduating college), but they can also be worn as vintage-style men's rings. Also check the tungsten ring guide before purchasing a ring for your partner.

A horror movie with hints of film noir that takes place in the mid-1950s, Angel Heart features Robert De Niro as a mysterious and ominous character who hires hard-boiled detective Mickey Rourke to locate a missing man who has failed to fulfill an unspecified contract. As De Niro's character becomes increasingly malignant, almost as noticeable as his spookily long fingernails is the prominent ring he wears on his right hand: a silver-toned design atop an oversized circular stone in a yellow gold setting.

To get this elegant yet mysterious look, look for men's rings that boast an unusual shape or design. The large and round amber-colored gemstone dominates its setting, making for an eye-catching and unusual style. As worn by De Niro, this kind of bold style in men's rings is particularly well-paired with an otherwise classic or formal ensemble.