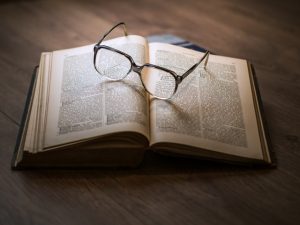 While these headlines might be found scattered among the Front Page, Metro, Gossip and other sections of the newspaper, they all have one thing in common; they are likely going to end up in front of a judge somewhere in the various state or federal courts.

The American system of jurisprudence includes a doctrine known as discovery. In a very simplified nutshell, each side gets to find out what the other side’s position is predicated upon and can prepare a defense of their position or plan an attack on the opponent’s theory. One thing is certain, the higher the stakes, the greater the effort people and companies will go to in an effort hide and obfuscate anything incriminating.

In the digital age, much of that information is stored electronically and there are specialized companies that help litigants find it. One I came across on the web, for example, is califorensics.com. This kind of company can be an invaluable resource to attorneys practicing in any specialty.

One of the most infamous figures in 20th Century America was Al Capone. Eliot Ness and his Untouchables spent untold man-hours trying to break Capone’s crime syndicate during the Prohibition Era. Ness went after Capone’s empire that was allegedly built upon illegal speakeasies, casinos, gun-running and murder. What finally tripped up Capone? Tax Evasion. How did that happen? Through the efforts of a team of forensic accountants combing through his ledgers.

Jump forward 70 years and forensic science moved into the binary world. Investigators were able to prove that Dennis Rader was the notorious BTK Killer. Using encoded information on a floppy disk provided by Rader prosecutors proved he was, in fact, the BTK Killer.

Computer forensics can also be valuable to lawyers who practice tort law, that is civil lawsuits. No matter which area of specialization the attorney chooses, digital evidence can make or break a case.

Personal Injury—Sometimes Personal Injury lawyers are called, disparagingly, “ambulance chasers.” However, if you become the victim of an automobile accident a good PI lawyer is indispensable. I speak from personal experience here. When a collision happens how can a lawyer find out if his client was the victim of just being in the wrong place at the wrong time or if the person who caused the crash may have been distracted by their cellphone? Computer forensics can pull up the dates and times of phone calls and/or texts from the device and provide that answer.

Divorce—Imagine a client telling her lawyer she read a string of comprimising texts accompanied with photos on her husband’s phone, but he interrupted her before she could catch a screen grab. The husband not being a (total) idiot deletes them and has his mistress delete them from her end as well. By and large, no digital footprint is ever completely erased, and the right person with right tools can provide the attorney with a means of possibly tracking it down.