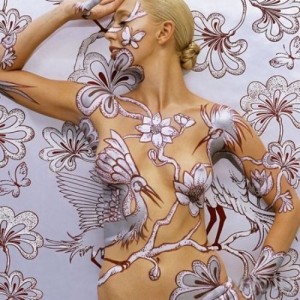 Art in the Western world has had a long tradition of creating portraits or sculptures of famous people. Even before the Renaissance created an explosion of art that has continued undiminished, wealthy nobles, kings, queens and even religious figures such as powerful cardinals had their portraits painted by famous artists. Sometimes the subject was literally unknown, but the fame of the painting itself caused them to become famous. The most obvious example of this is Leonardo da Vinci's painting of the Mona Lisa. No one really knows for sure who she was, although there are a few likely candidates. But in our modern, celebrity-obsessed world, movie stars, singers and even sports heroes can become a fitting subject for a work of art. Some would argue that this concept reached its logical conclusion 10 years ago, when the National Portrait Gallery exhibited an hour-long video of football star David Beckham sleeping.

The Problem With Adulation

Especially here in the UK, David Beckham is practically a household name. An extremely talented and successful football star, he was able to parlay his marriage to one of the Spice Girls into a virtual marketing machine. Even after he was past his prime, he had lucrative contracts for perfumes, clothing lines and anything else that a marketing company thought the public would buy. And, boy, did they buy. The Beckhams became international jet-setters, especially when David decided to play in America for the Los Angeles football team. He is arguably the most famous footballer of his generation and has certainly learned how to leverage his popularity to his advantage. The question in the minds of many people is: Should we really care? Idolising a sports star for their God-given talent is one thing; buying everything they merchandise is arguably another.

So Is It Really Art?

Back in 2004, artist Sam Taylor-Wood decided to make a one-hour video of Mr. Beckham sleeping. Okay, that was probably somewhat interesting for the first five minutes, but is it art? Additionally, should we really care if David Beckham is sleeping, brushing his teeth or having breakfast? The exhibition at the National Portrait Gallery stirred up a lot of controversy. The public was divided between those who felt that anything regarding David Beckham was perfectly acceptable, while others commented that they really had had enough exposure to David and wanted to move on with their lives. Perhaps there might not have been as much controversy if a portrait of Beckham had been exhibited. But a one-hour video of him sleeping would seem to stretch the bounds of what we might call an acceptable art form.

Make Your Own Impression

As an artist, you may be inspired by many different subjects, which could range from nature scenes to still life to even creating a portrait of a famous person. Regardless of what inspires you or what medium you use to create your art, you are always going to be in need of a trusted supplier like www.jacksonsart.com. You can call them to deliver anything you need, making your task a lot easier.