Unifying Theory, the Grand Answer to Everything, Cosmology, the Cosmic Code - there are many names for the greatest riddle mankind has ever sought to solve. Philosophers and scientists have studied the nature of the universe for millennia, trying to solve the greatest mystery of all - Where did we come from? Why? Where are we going? 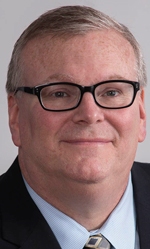 Philosophy has done so with the tools of abstract logic and with a palate on which every possibility exists. This has given philosophers a distinct advantage because they can craft potential universes with no proof of their actual existence. Free from the scientific rigidity of proof, they’ve been free to explore what could possibly be. Necessarily though, their results are what might be or could be. The same detachment from scientific proof that makes philosophy so powerful has also undermined its credibility.

Likewise, scientists bring to bear the formidable powers of modern mathematics and physics and our ability to measure the cosmos and quantify what is around us with a high degree of certainty. It would seem science could provide us with the answers we seek. But they are likewise limited. They can only tell us what is within mankind’s ability to prove at present. While formidable, it simply isn’t all or even remotely close enough to provide us with the answer to the cosmic code.

If your only tool is a hammer…

If your only tool is a hammer, than every problem looks like a nail. This has been the classic problem with science to date. The arsenal of tools available to science has not been up to the job of solving the great cosmological questions. Unlike philosophers though, science has been pressured to provide an answer with its insufficient understanding of the universe.

In their defense, scientists have done the best they could. And the best they could do was Randomness. Objectively however, Randomness isn’t so much a cosmic answer as an admission of defeat. It’s like observing a chess match and being unable to grasp how the game works. Forced to report what was witnessed, academia simply states that pieces are of random sizes and their movements are haphazard and random.

A rose by any other name….

Randomness may sound like a theory, but really it’s just a word. It’s a scientific way to state "I don’t understand; therefore the game (the cosmic order) must not be understandable." Most generously, Randomness is intellectual laziness; less generously, Randomness is intellectual malfeasance. By mid-last century, the ruling atheist academics of higher learning declared victory and deemed as quackery anything disagreeing with them. To protect their so-precious â€˜good names', they essentially outlawed further research or discussion on alternate cosmological theories

Sometimes it is the simplest of insights which provide the most profound, far reaching leaps in human achievement and understanding. It’s interesting to note that quantum theory itself was an accident. It was just a derivative piece of information uncovered while Einstein was working on general relativity; this derivative gave birth to the entire science of quantum physics.

That small piece of insight in cosmology came in the form of "what is thought". It is accepted practice for science to only deal in matter and energy. It seems obvious that this is all the universe is made of - void, matter and energy. But a philosopher would be quick to laugh at this notion.

A bowling ball is not to blame for knocking down bowling pins. Neither is the bowler’s throw. The "thing" that starts this chain of events is a desire - a person’s thought, their decision to activate their muscles and throw the ball. Their desire to do so is likewise not identifiable as based in matter or energy - it is human desire. In this case, the desire to play a game that has absolutely no meaning outside of human thought and desire.

Obviously to the philosopher, discounting thought or desire as a valid part of the universe, which can most certainly alter it, is ridiculous. That spark of insight became important when private scholar David Birnbaum realized: If thought, desire and the gamut of abstract human consciousness was a valid part of cosmic order, then it would be impossible to answer any questions of the universe using the physical sciences alone. It’s not that the tools of science were imprecise. It is that the tool set was incomplete. The incomplete tool set left no way to account for a large, less tangible part of the cosmic makeup.

Now Birnbaum realized, like the bowling analogy, he’d not be able to directly measure a thought scientifically. But, continuing the analogy, if he found some intangible drive, it could be proven by inference. To put it more simply, there must be some irreducible, universal and â€˜simple' drive to the universe that would make the seeming chaos look orderly and intentional. That dynamic - Birnbaum's landmark conceptual breakthrough - is the Quest for Infinite Potential. Simple, yet powerful; Mundane, yet divine; All-pervasive, yet invisible; Invisible, yet elegant; Grasp-able, yet infinite.

Potentialism is the acknowledgment that there is a purpose/direction, a universal one, to the cosmos. That purpose/direction is to seek higher and higher levels of the complex/extraordinary. And make sense of the chaos it most certainly does. From the Big Bang forward, the universe has repeatedly increased in the complexity/extraordinary department, with an undeniable intentionality. From the simplest particles, to hydrogen, the periodic table, the birth of molecules, to life and finally mankind and abstract thought - there has been an undeniable increase in the complex/extraordinary as the universe matures.

Has David Birnbaum cracked the cosmic code? Does his 3-volume treatise Summa Metaphysica provide an elegant simultaneous solution to the hitherto key issues of metaphysics? To the hubris-laden atheist orthodoxy who have zealously defended the ways of the past, â€˜no way'. They’ll likely go to their graves cursing the heretical Birnbaum for sullying science by allowing the existence of something more than what can be seen, felt or tasted. Indeed, Birnbaum may very well be operating beyond their ken. To the true seekers of truth though, Birnbaum has shed revolutionary light on something that is so keenly obvious on hindsight, that it is undeniably true: A universe of overarching Infinite Potential. The universe is all-embracing - of past, present and future; indeed, it is home to every star, ever person and every thought that ever had Potential - and ever will. And the universe will continue to move forward purposefully to realize the Potential of what it might be.