Most of us feel celebrities have it all - great jobs with large paydays, adoration from thousands of fans, glamorous clothes and jewelry. What we don't remember is, these folks are people, just like us. Their status has elevated them to the point where their humanity is forgotten, and when a celebrity suffers from illness or pain, it often gets left in the shadows.

Many celebrities have chosen to come forth with their conditions, in the hopes their celebrity will rid the condition of stigma, to raise funds for research, and to provide hope for the everyday person who shares their problem. Many everyday citizens find the courage to see a doctor after a celebrity admits publicly they have an illness, or they suffer from chronic pain; it's easier to sell your land in the great state of denial when you know you're not alone.

The Academy-Award winning actress and singer has Chronic Fatigue Syndrome. It sidelined her career for three years while she coped with the condition. Coming out with her condition has helped numerous people who thought the condition was all in their heads. Chronic fatigue is as real as a heart attack, but is not accepted as a legitimate condition. Stars like Cher are helping to change this perception.

The international soul singer suffers from a form of lupus - specifically, discoid lupus, a skin condition resulting in scarring and hair loss. His lupus came out from curious fans, who wanted to know about his facial scars, and he has raised awareness of the disease.

Everybody's favorite Mouseketeer, Annette Funicello lived with Multiple Sclerosis (MS) for decades. She came out with her condition early on, and steadfastly lived with her disease with grace and charm. She was the face of MS for many years, and will be sadly missed.

An odd trio, to say the least, but they all share one commonality: all have, or had, fibromyalgia. Morgan Freeman and Michael James Hastings put a current face on the condition, but lest anybody get the idea fibromyalgia is a new disease, Florence Nightingale also was a sufferer from the chronic pain, muscle spasms, and fatigue. Florence came to fame as the founder of modern nursing, when she went to the Crimean War and revolutionized nursing care. 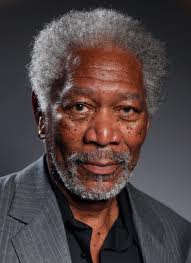 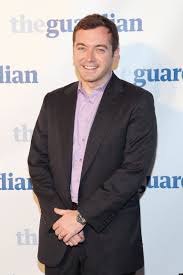 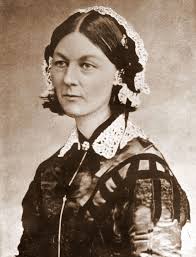 Yes, folks, Spider Man has chronic back pain, and has had it for years. He continues to take on challenging roles as he deals with his condition.

Lee Majors, star of Big Valley, The Six Million Dollar Man, and the Fall Guy, has osteoarthritis, brought on by years of doing his own stunt work. He uses alternative therapy for his condition, and was a spokesperson for Gero-Vita, for their Athro-7 and Mega-MSM compounds.

Mr. Spock also suffers from osteoarthritis, and recently revealed he has a chronic lung condition as well.

Other Stars with Illness

Many, many stars have come forward with their conditions. They range from arthritis all the way to multiple sclerosis and myasthenia gravis, with multitudes of them suffering some form of a chronic pain condition. Celebrities are not superhuman, regardless of the roles they play. Too often, we tend to confuse actors with their roles; this leaves the performer in the awkward position of having an illness, but being afraid to acknowledge it, because it would hurt their image in the minds of their fans. Those who have come forward anyway have found the opposite is true - they get understanding from their fans, and gain more support from people who’ve never seen their performances, but who understand what they're going through with their disease. These stars have also contributed greatly to fundraising efforts, as many of these diseases are not well-funded in terms of research, though millions may suffer from them. A great many of the conditions are not truly orphan diseases, but there are many that are - lupus leads the pack in this respect. It takes courage to risk your livelihood by admitting you have a disease, and we should be grateful to those who’ve taken the plunge, for the attention they bring to the condition brings it closer to being accepted and to being cured.