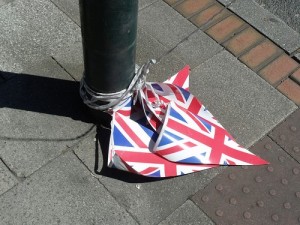 There are many good things to be admired about the British, such as our stoic defence of the NHS and our love of a decent cup of tea. However, nobody is perfect and we Brits do of course have our own shortcomings.

Whilst the Hollywood depiction of the English may portray Brits as bumbling handsome romantics, this isn't always the case. In fact, figures published by the Office for National Statistics found that 81% of people believe that anti-social behaviour has increased across England and Wales. Alcohol related incidents and gangs hanging around on the streets were given as the two most popular types of anti-social behaviour in Britain.

It would also seem that bad behaviour among Brits isn't just limited to humans, as the problem is being passed from irresponsible dog owners to their pets too. There are thousands of column inches written about unfortunate incidents concerning dangerous dogs every year; for example, the recent case of Jade Anderson. Jade was mauled to death by a group of out-of-control dogs in a friends' home earlier this year.

The British reluctance with oral hygiene

Americans cannot understand why we have such bad teeth, and unfortunately poor dental hygiene is a stereotype associated as strongly with Great Britain as scones and tea.

In a survey carried out by the British Dental Health Foundation, it was found that 22% of participants cited that visiting the dentist was a cause to induce nervousness. Even though 29% of adults suffer from regular dental pain, 25% of adults still do not brush twice a day, including a third of men.

However, British attitudes may be slowly changing. After all, if Shaun Ryder can update his smile, maybe there is hope for us all.

Our obsession with class

Class is evident everywhere in Britain; in the types of bars and clubs we socialise in, and is nurtured within the accents of the wannabes or working class heroes that we watch on TV.

Note, for example, door-stepping politicians who masquerade in woollen cheque shirts in order to secure rural votes, or who likewise degrade to casual attire when visiting inner-city housing estates.

The BBC, in partnership with the London School of Economics, recently announced findings of new class strata, such as "precariat", "technical middle class" and "elite". They also posted an online class calculator so that the public can assess what social class they are deemed to fit into.

According to the Met Office, 2012 experienced the second highest level of rainfall since records began in 1910. Therefore the sooner we British realise that rain is hugely common and almost inevitable across the UK, the better. However this may stunt conversations across the country, as not only do Brits use the weather as a social prop during conversation, they also have a huge host of words just for rain that border on the ridiculous. These include inventive phrases such as ‘mizzling’ and ‘plothering down’.

Not having two pennies to rub together

According to recent figures, Britons prefer to splurge now rather than save for the future; a worldwide report conducted by HSBC shows that the majority of Brits are only saving enough to last them for a third of their retirement. Based on the average length of retirement in the UK, this could leave senior citizens with 12 years of financial hardship to face in their twilight years.

Christine Foyster, head of wealth development at HSBC UK, says that people are just putting off the inevitable when they do not save for the future, as the reality is that they will be faced with difficult cuts to their standard of living during retirement.

The British have many bad habits, too many to list here. So while it is always fun to take a light-hearted look at our shortcomings, it would be better if these were restricted to our national identity, rather than overrun our personal lives.

Amy Fry is a stay at home mum who enjoys writing about various topics and industries. She specialises in lifestyle, personal finance and exploring investment options such as funds, trusts, saving accounts and pensions. Amy currently lives in London with her son.

Amy Fry is author at LeraBlog. The author's views are entirely their own and may not reflect the views and opinions of LeraBlog staff.