Urban areas are cramped and dirty. As major part of the population are interested to live in the city the situation become grave. Can the modern architecture contribute to make the city life a little better? The architects, now, go beyond their periphery of simply creating living spaces and try to come up with the solutions to mitigate the key problems of living in the city area. They try to make a project self-sufficient and environment friendly.

Modern architecture is characterized by simplicity of form that are functional at the same time. Well, we have inhabited the dream land in movies, animated series or in storybooks where the architecture were astonishing. But, do any such constructions are possible in reality? Real Park wrapped inside a building to the mini cities closer to the sky-the creativities in the fields of architecture are going beyond our imagination. It appears everything is feasible now.

Here are some examples of such astonishing architectural creation:

Stroll on the roof of rail-station

Surprised? Why and how you should walk on the roof of a station? China is constructing the largest high speed rail station in the Express Rail Link West Kowloon. The express trains will establish connection between Hong Kong and Beijing. The railway station, scheduled to be completed by 2015, will have a walkway and a park on its roof. It will be a marvel to watch. 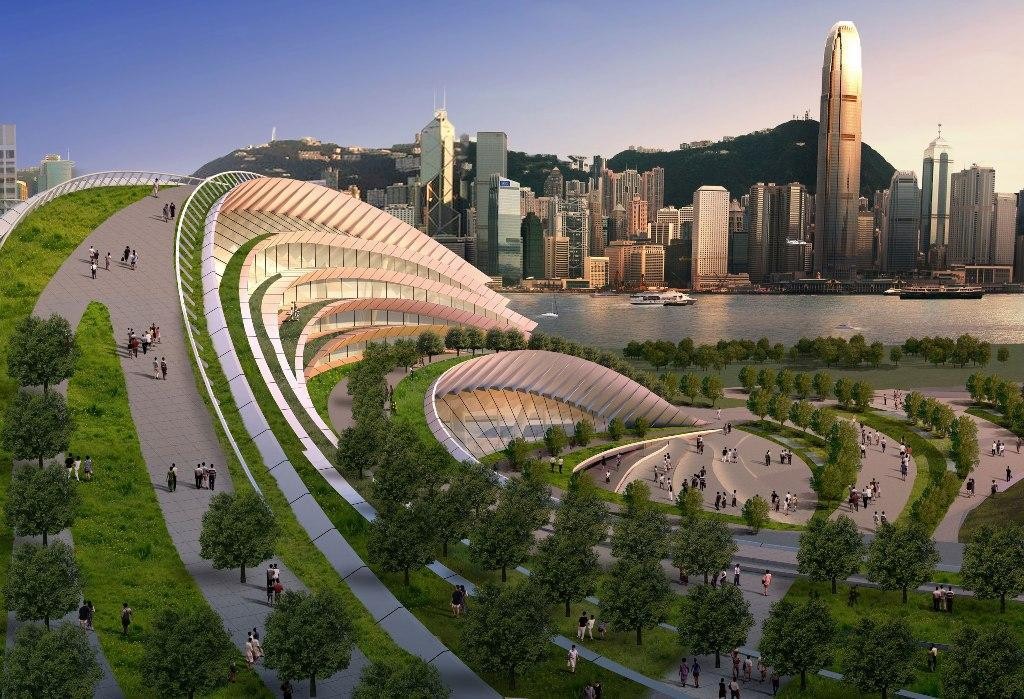 Trees within the building blocks

The Vertical Forest project is currently under construction in Milan area, Italy. The two high-density tower blocks will have numerous trees of different sizes. It is often said, that the towers together will have the capacity to hold a forest of trees. The architecture will disintegrate the common notions associated with the urban areas. Even the structure shuns the strict technological and mechanical approach. The highest priority of the building is environmental sustainability. The forest towers are near to completion. 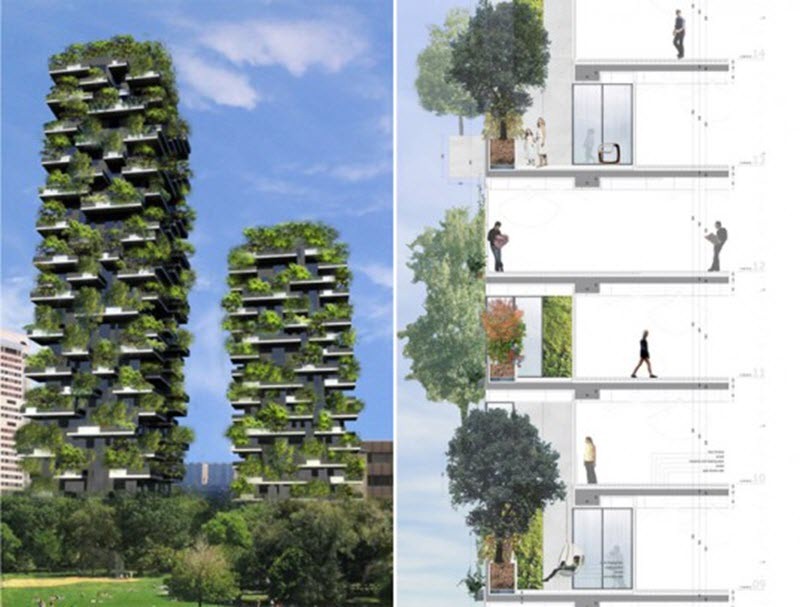 The city in the sky

City dwellers often have a desire in their minds to escape the hustles and bustles of city life. But, where will they go? It will be wonderful if there is a peaceful place to spend few hours of the day, away from the pollution, noise and stress. City in the sky is such an imaginary tranquil paradise, an ideal hideaway from the busy urban life.

The design was inspired from the lotus flower. The concept is amazing, but maybe we have to wait a few more years before the idea can be transformed into reality. 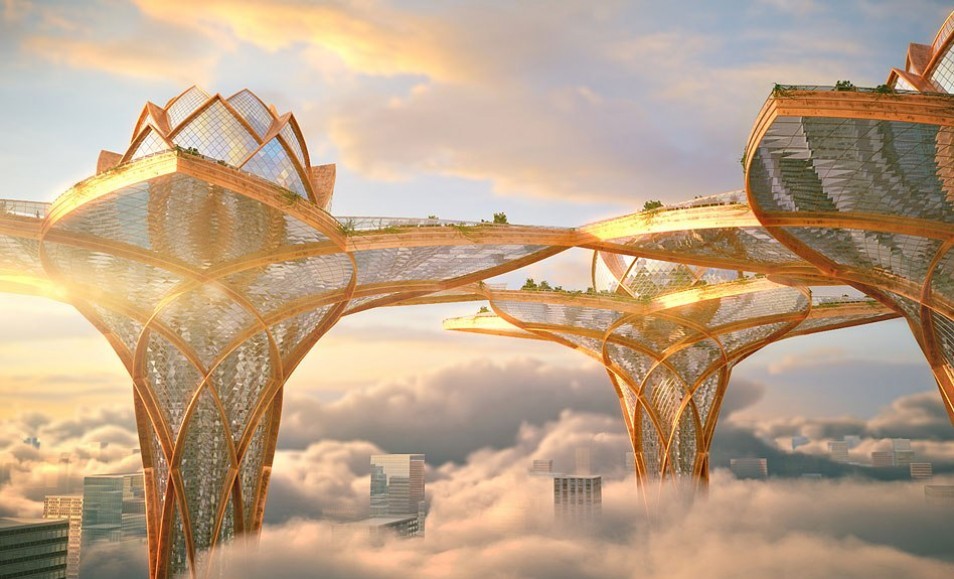 Traditional hawkers selling various products were once the life blood of the Singapore's harbor. These floating stores have completely vanished after the urban development. Initiatives are made to bring those stalls back. The re-designed solar powered and self-contained pods will include cooking services, water, gas, electricity, waste collection and recycling options. It will even have table settings. 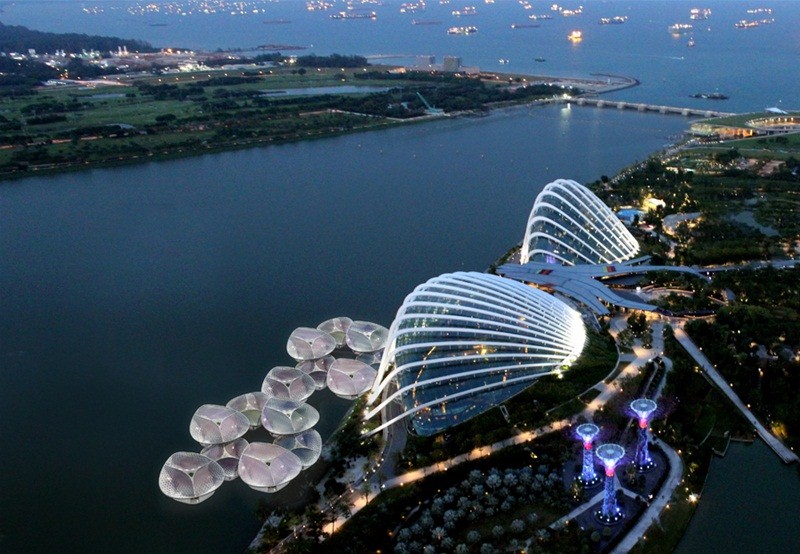 Dubai, so far has come up with many iconic architectural pieces. They have man-made islands, tallest skyscraper and the luxury hotel. Now, they are planning to build an indoor city and it will be the first of its kind in this world. The project will include the largest shopping mall, largest indoor park, wellness resorts and cultural theatres. 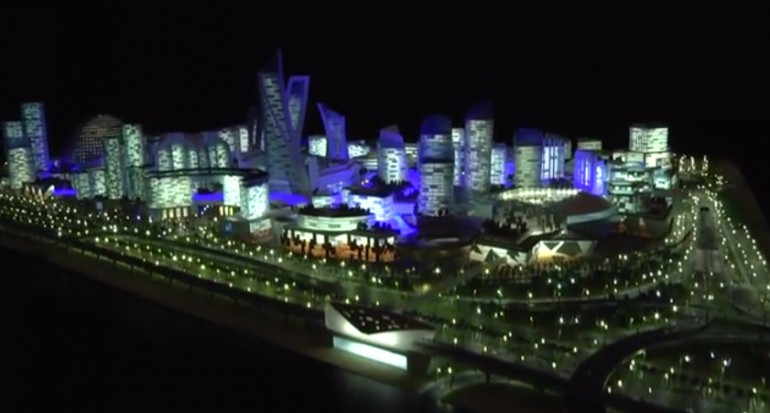 In the eve of World Cup, we should not miss out an opportunity to make a reference in this regard. Qatar will host the 2022 World Cup and they have unveiled the images of their second stadium, which is going to come up in the Al Khor City. It will be surrounded by retail stores, restaurants and landscaped paths for residents. They can use the track for horse riding, cycling and jogging. 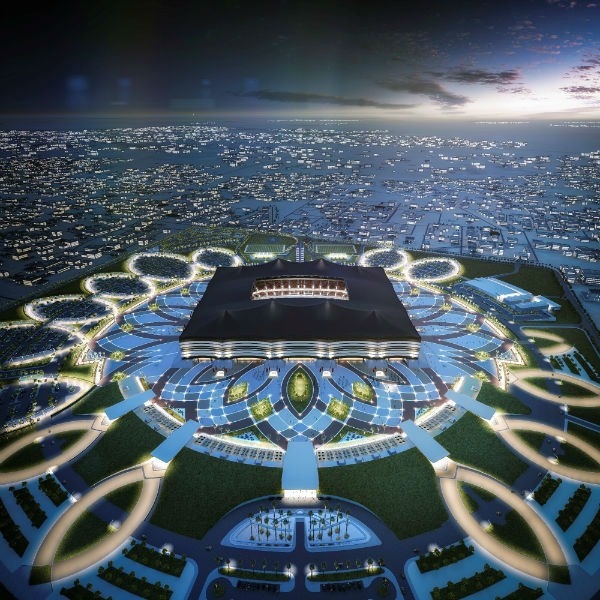 We have only included a few examples in this blog post. There are many such examples around the world. There is no doubt that the new projects which are planned and constructed using all the modern technologies are producing wonderful results. Even the future construction works whose ideas are conceived look convincing. So, in the world of construction we can expect a better tomorrow.