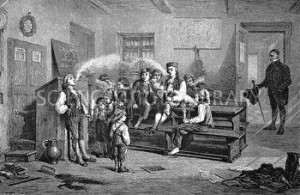 People in the Americas used tobacco for various reasons long before the arrival of Christopher Columbus. It had both recreational and spiritual purposes. It continues to have these purposes among some native people of North and South America, but tobacco spread out to the whole world after the arrival of European colonists and its use was entirely recreational. Tobacco is still smoked today all around the world. People who smoke generally use cigars, pipes and cigarettes.

Any smoking pipe consists of a small chamber where the combustion of the tobacco to be smoked takes place and a thin stem called the â€˜shank’ ends in a mouthpiece called the â€˜bit’. The delicacy in the craftsmanship of smoking pipes is diverse in category. From a very simple machine made pipe to a very costly handmade pipe by a well known maker, varieties of smoking pipes are available in the market for regular use as well as collectors’ items.

Two of the essential features of the use of smoking pipes are packing and lighting. Usually tobacco is packed in the bowl of the smoking pipes in several batches each one pressed down with a finger or the thumb until the mixture has a uniform density that optimizes airflow. The favorable composition of tobacco is difficult to gauge without sufficient practice. Matches are usually considered preferable to lighters. Normally a match is burned for a few minutes to give a fuller flame and then moved in a circle above the tobacco while air is drawn simultaneously with the stem by the smoker. It requires practice to attain perfection in this art.