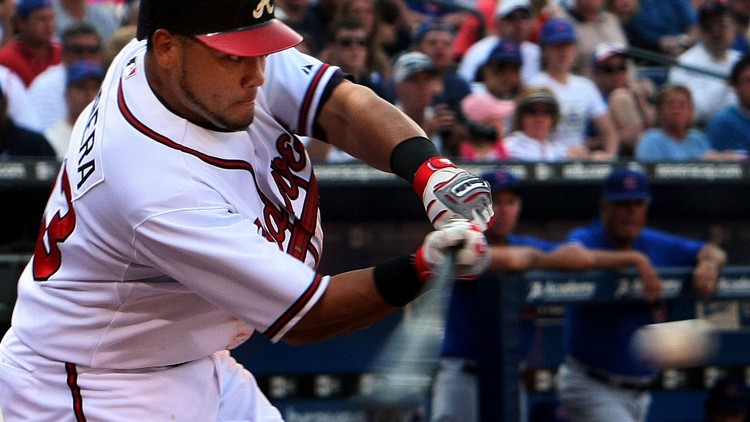 A day at the ballpark is supposed to be a time when memories are made — but the memories that Fred Fletcher has of the fateful day when he was enjoying an Atlanta Braves game are nothing short of a nightmare. The high-profile personal injury suit filed against the Atlanta ball club has finally been laid to rest. Originally filed in 2012, a settlement has been reached.

On August 30th of 2010, Fred Fletcher was watching a Braves game at the ballpark, sitting directly behind the dugout, when his daughter was struck by a foul ball. During the fourth inning of the game, Melky Cabrera hit a foul ball that accidentally hit Fletcher’s six-year-old daughter in the head. The ball fractured the girl’s skull in over 30 different places and resulted in a traumatic brain injury.

Although it was an accident, Fletcher’s lawyers argued that the ball was hit with such force that it caused excessive damage to the girl. They also claimed that if the players had not been illegally using steroids, then the ball might not have been hit at such excessive speeds.

Once the Atlanta personal injury lawyer added the Major League Baseball to the suit, he demanded that documents be turned over to investigate the potential that the league players were using steroids. His theory was that baseball players who are using steroids hit the ball far harder than an average player would without the enhancing substance.

The settlement reached between the Braves, the MLB and Fletcher is confidential, so all that has been made public is that the case is over and all parties were able to reach an agreement for settlement. To date, the girl’s hospital and medical bills have totaled well over $60,000, which doesn’t include pain and suffering or any noneconomic damages that the Fletcher family sought.

The case against the Braves and the MLB was a longstanding fight that included countless hours of deposition, a plethora of court motions and an enormous amount of documents to be covered. Many weren’t sure if the case would ever be settled or go to trial; seven years in the making, it has been an uphill battle for the Fletchers all the way.

The Atlanta Braves initially attempted to get the case dismissed by arguing the “Baseball Rule.” This is a Georgia law that says if a stadium operates by providing adequate screens to the dugout and behind the plate and has enough seating for any spectators who wish to get a close-up view, then the ball team and stadium cannot be held liable for any injuries that result.

The reality is that sitting that close poses a risk not just from balls getting out of control, but also bats flying. Being in the heat of the action poses a risk for spectators, and the rule is that if all necessary actions are taken to protect those who choose to take on that risk, they do so of their own accord.

From the start, the judge refused to accept the argument made by the Braves to dismiss the case, as did the court of appeals, which allowed the case to stand and move forward. Although a settlement was reached, both the Atlanta Braves and the MLB insist that they bear no negligence in the case of the little girl’s accident. No judgment was made against either defendant in the case.

One potential reason that the Braves decided to settle is because the Fletcher girl is not the only person who has been severely injured while watching a Braves game. There was also evidence uncovered that in 2007, there was bargaining between the MLB and the players’ association to extend more safety measures to protect fans at Braves games. There has been a rash of foul ball injuries at the stadium since the girl was struck, which might have provided more evidence of negligence against the stadium.

The good news is that the Braves have announced that they intend to extend the netting in their new home arena so that fans are better protected. Although this does nothing to undo the damage suffered by the little six-year-old girl who just wanted to watch a game with her dad, perhaps the personal injury suit settlement will save other people from the same fate in the future.