Ever try to watch an old television set? Your eyes probably couldn’t stand it for more than a few minutes. This is because we've rapidly become accustomed to the crisper images made possible by higher and higher pixel counts. This change has been so rapid that viewing a television screen that is just a few years old may cause your eyes to strain if you own a television like the LG ULTRA HD 4K or the Samsung 4K SUHD TV.

This phenomenon has been further accelerated because we are using super high-definition screens more and more to conduct our daily lives on our computers, smartphones, tablets, and wearable technology. Below are some of the key highlights in how screens have evolved and made viewing more pleasurable across many devices. 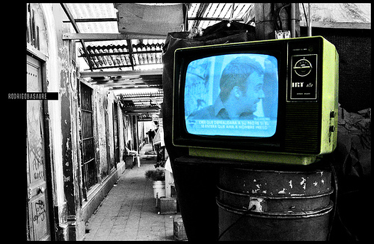 In 1953, the National Television System Committee (NTSC) adopted color television as its standard. The next year, RCA launched the first commercially available color television. This paved the way for the great advances in color resolution that we see on our screens today.

The Foundations Are Laid for Modern HDTV 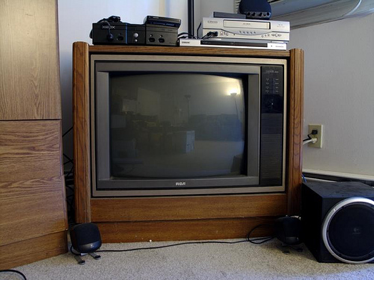 Research conducted in 1970 by the NHK laid the groundwork for what we know today as HDTV. In 1980, the Society of Motion Picture and Television Engineers (SMPTE) made the recommendations that high-definition television adopt a widescreen format and 1100-line scanning structure. HDTV made its way to the U.S. in 1981, though a standard HDTV digital format was not adopted until 1996. In 1997, the U.S. federal government gave television broadcasters an additional channel to introduce HDTV. Analog televisions cannot pick up HDTV, so this set the stage for the takeover by high-definition television screens.

Invented in 1948 by E. A. Johnson, touch screens opened up new possibilities for interactivity with our screen. By 2007, they had become standard in mobile technology with the introduction of Apple's iPhone. Improved broadband connections made the marriage between high-definition screens and interactive viewing possible, as more people began watching television, movies, and reading using their mobile devices. Mobile touch screens with Retina HD Displays and active-matrix organic light-emitting diode (AMOLED) technology became the standard. 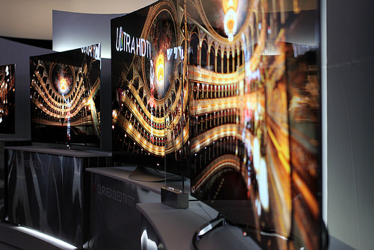 Today, ultra high definition televisions with 4k technology from LG and other brands have 2160 horizontal pixels and surpass full HD televisions designed for 1080 horizontal pixels. These new screens are thinner and viewable from all angles. They are also capable of transforming the content we want to view to close to 4k quality, so we won't have to hurt our eyes watching old favorites. In addition, 4K TVs integrate with interactive platforms like Netflix and other streaming services so that we can watch what we want, when we want, and with the best resolution.

Color TV, HDTV programming, the spread of high-definition interactive mobile screens, and increased resolution and versatility of large screens have made our viewing experience more real. As our screens have become more central to our lives, so has the demand for more lifelike representations of what we view and interact with on our devices.