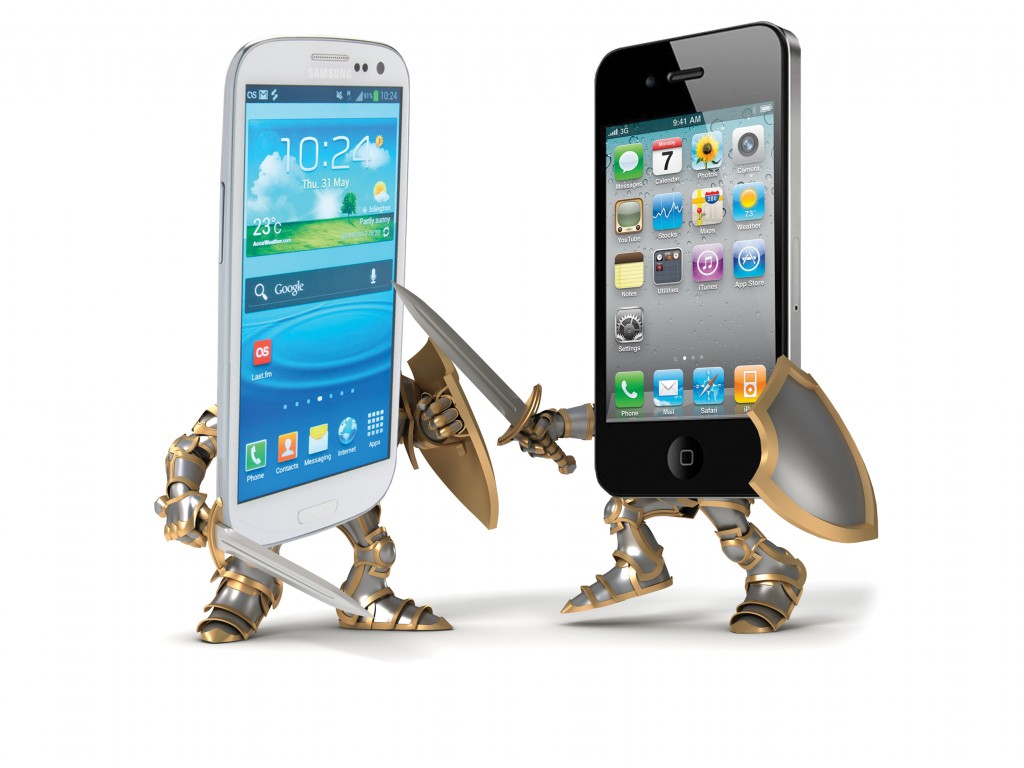 If you're well-versed about the smartphone industry, you will be aware of the fact that the fleeting rise of Samsung to the top of the smartphone market by volume of shipment is a thing of past now. But that doesn't make it less incredible. In no time, Samsung suddenly came out from nowhere and kept its promise to leave behind all its rivals. Although Samsung continues to dominate the market with its market share by a huge margin, yet it seems that it still can't come close to the market made by Apple.

While discussing Apple's edge over Samsung, everyone speaks about the sales and it is indeed a fact that Apple is way ahead of its rival in this aspect. As per Michael Walkley, Apple is responsible for pulling more than 90% of the sales of the entire smartphone industry every quarter while on the other hand; Samsung gets the chance to pull the remaining 10% of the market.

The advantage of Apple reaches beyond just sales

From the results released by RBC Capital Markets, Apple still continues to lead the market and leave behind Samsung in two of the most important areas, smartphone purchase intent and brand loyalty. In terms of brand loyalty, more than 85% of the present iPhone owners planned to keep on patronizing Apple when it comes to purchasing a new smartphone. At the same time, around 65% of the present Samsung owners plan to buy the same in the near future. Only 10% of Samsung smartphone owners planned to change to iPhone while only 4% of the iPhone owners said they wished to change to Samsung.

iPhone always performs well in customer satisfaction and this has been concluded after the brand loyalty findings and several other studies. With some odd exceptions somewhere, it can be easily concluded that Apple is still at the top of the pile.

iPhone 6 vs. Samsung Galaxy S6 - Which one should you opt for?

The Samsung Galaxy S6 and the S6 edge are the two of the best smartphones that the Korean company has designed. Though there is always a cold war between Apple and Samsung, finally, there's a flagship worthy of comparison with the iPhone 6. If you had to spend your dollars, which one would you spend on?

Both the Galaxy S6 and the iPhone 6 mark a radical change of the philosophies of design for their flagship phones. Following years of material decisions and dubious design, Samsung has finally decided to deliver something that is truly worth the cost. The S6 is luxuriously designed phone that many gizmos had been yearning for. But how will you decide which one to go for?

Given the wide range of new phones from iiNet, you might feel confused about which one to buy, a Galaxy S6 or the iPhone 6. The competition has been the closest between these two flagship phones. Where Samsung has made some of the noteworthy changes with design, Apple has underwhelmed us with the change from iPhone 5S to iPhone 6. Both phones offer slick performance, appreciable software improvements and have the best camera that you can get on smartphones. However, price does become a deciding factor. When you go for the most costly S6, you pay more than what you would have to pay on the expensive iPhone 6. However, when you count up the small wins, the S6 comes to the top. Weigh your decisions based on your choice and affordability.