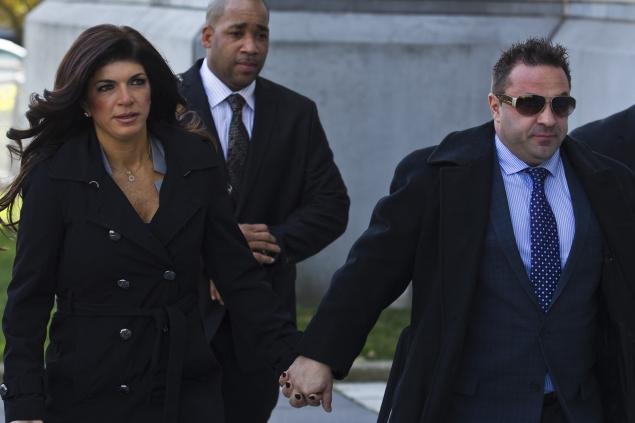 One of the major news headlines in the entertainment world is the fraud indictment of Teresa and Joe Giudice. The 33-page indictment brought against these stars of the reality TV show "Real Housewives" alleges that the couple knowingly lied on their loan applications: exaggerating their income and assets in order to receive loans totaling well over 4.5 million dollars. Also included in the indictment are charges of bankruptcy fraud where-in, the document alleges, they knowingly withheld assets from the courts and failed to fully disclose their income, to include two small businesses opened in their name: "Turbo Fuel" and "TG Fabulcious". Finally, the indictment alleges that Joe Guidice failed to file a tax return between the years of 2004 and 2009 disclosing his income to the federal government. The charges also include one count of conspiracy to commit wire and mail fraud - charges that allege the intent to use postal services to commit the above crimes. If convicted, the stars could face as many as thirty years in prison for the fraud counts, and up to one year for failing to file a tax return.

The charges woven together paint an interesting picture where in the couple allegedly tried to get millions of dollars in loans and then after receiving the loan filed for bankruptcy protection, concealing assets that under Chapter 7 may otherwise have been liquidated to help pay back the rather substantial debt. By further failing to disclose the expected increase in income that would result from appearing on "Real Housewives", they withheld information that may have altered the outcome.

However, the Guidices’ still hold strong to their innocence in these charges, and their defense team is confident in their ability to dispute these charges. In fact, their defense team cannot determine the basis of the allegations, and claim the indictment to be vague and so non-specific as to make it difficult to form an adequate defense. In court-documents quoted on nj.com, the Guidice's defense attorney states, “â€¦the Defense has accessed and reviewed the government’s discovery in the U.S. Attorney’s Office on many occasions, and still cannot determine what the basis is for many of the allegations set forth in the Indictment." The defense is also confident in testimony that would exonerate Teresa from the allegations.

The rub pertaining to the testimony is that it would ultimately incriminate Joe Guidice, a violation of his 5th Amendment rights if a joint trial is executed. At present the couple is moving to have their trials occur separately. The move was perpetuated by Joe Guidice, who is willing to testify in defense of Teresa but would be unable to do so in a joint trial as this would require him to (as a co-defendant) testify against himself. According to People Magazine, Mr. Guidice is willing to testify that his wife had no knowledge of the criminal activity in question, and that he had actually signed his wife's name on multiple documents used in the alleged fraud scandal. At present it is not known if the court will grant this request. The couple is expected to be back in court April 9.

This article was written by Brennen Kliffmueller, a lead content creator for Rue & Ziffra P.A..