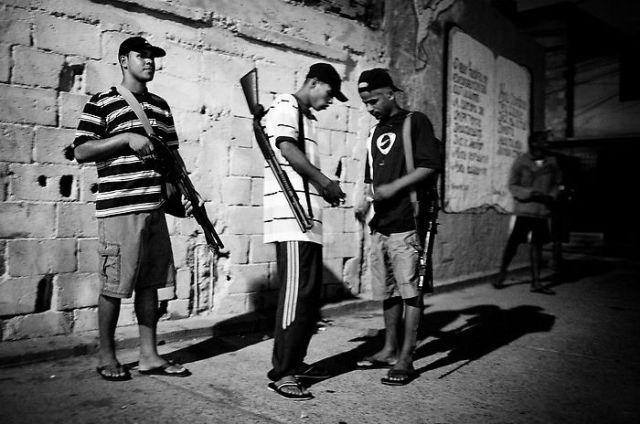 Organised crime in the UK has developed into something much darker than the conventional working class caricatures portrayed in film and on television. According to estimates published by the government in 2004, organised criminal activity in the UK is probably worth more than Â£15 billion a year, and the social and economic cost of this activity could exceed Â£25 billion, with activities like drug dealing and people smuggling causing significant harm.

More complex and more skilled than imaginable a few years previously, the criminals leading successful illegal money making schemes in the UK are largely from newly established ethnic communities. These tightly organised and often violent groups are able to make money quickly and effectively through a number of avenues including prostitution, credit card fraud, illegal gambling and drug trafficking.

Considering that the fight against organised crime is a battle being fought the world over, arguably things in the UK aren't so terrible when considered in relation to notorious areas of criminal activity like Italy. Nonetheless, often wielding strong international influence, gangs are able to create legitimate cover for their crimes (such as money laundering), which slowly sees them gain greater and greater control over communities and sometimes even members of the police and local government. These international networks are accompanied by a rise in the number of alliances made between rival gangs right here in the UK. Indeed, given the sheer number of criminal fraternities already known to the Serious Organised Crime Unit (the Triads, Yardies, the Yakuza and the Eastern Europeans to name but a few) and the worrying statistics about the scale of this criminal activity, the facts remain somewhat unsettling.

The police claim that the UK is still a safe place to live yet it is hard to think of a type of crime more threatening than that arising from gang culture. Despite police protestations that they are winning this war, parts of the UK continue be dominated by gangs and organised crime. Intelligent, sophisticated and often extremely violent, a strong criminal presence in any community is likely to bring with it an increased risk to other members of society. Shoot-outs, armed robberies and petty violence are becoming more and more commonplace, and the police are often powerless to bring about charges - especially if a climate of fear leaves witnesses reluctant to testify.

Perhaps the most significant discrepancy in the battle between police and criminals remains technology. Due to the advent of the internet, it is much easier for criminals to organise themselves and put scams into effect. With an explosion in cyber illegalities, the nature of the crimes being committed means that they are not easily traceable by police. Likewise, the scale of the crimes; considering that there are thought to be over 7,000 gangs in the UK alone, the police simply do not have the manpower to tackle the scale of the threat successfully.

Although significant attempts to address the problem of organised crime have been made by the police, the impact of these efforts has been limited at best. Whilst the National Crime Agency was developed with the aim of linking up surveillance and findings made by local, national and international level operations, the decision to bring together a number of existing legal bodies has not yet made any significant difference in the fight against organised crime. Whatever the authorities may tell us, it seems reasonable to conclude that whilst the police may be winning some of the battles, the criminals continue to win the war.

Dexter Goldfine is a freelance journalist who worked for a trailer security company for more than 10 years, advising businesses on protecting their assets from organised criminal gangs.